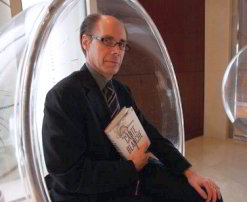 To date, there have been 36 James Bond novels, of which 24 have made it onto film. Now, the big screen version of Carte Blanche, the 37th and latest Bond novel, will be partially filmed in the city of Cape Town, these days a popular destination for film, television and advertising shoots.

Author Ian Fleming wrote the first Bond novel, Casino Royale, in 1953, introducing the world to one of its most enduring heroes.

The British author published 14 Bond books between 1953 and 1964, using his own naval intelligence experience as background material. There have been suggestions that Fleming based some of his characters on real people – himself included.

However, the new 007 is written by American crime author Jeffery Deaver, and was launched in Cape Town earlier in 2011. There have been over 100-million James Bond books sold since Casino Royale first hit the bookshelves, and Deaver promised that his new book will live up to the standard of the franchise.

Carte Blanche is set in mid 2011. Former naval officer Bond has just joined the Overseas Development Group (ODG), an independent unit of British security. His assignment is to “identify and eliminate threats to the country by extraordinary means.”

After preventing the derailment of a Serbian train carrying a toxic material, the suave spy focuses on Green Way International, a waste disposal group led by one Severan Hydt. The ODG allows Bond to investigate Hydt, after it learns that he was involved in the Serbian train plot. Bond tracks him to Dubai, then to South Africa.

In South Africa, Bond poses as a Durban-based mercenary and fools Hydt into welcoming him into his inner circle. But then he finds out that he and the ODG were misled.

According to a report on FilmContact.com, production will start in the southern hemisphere spring, with a release date scheduled for October 2012.

The South African part of the film will be set in Cape Town’s townships, vineyards, along the Atlantic seafront, and on top of the famous landmark Table Mountain – capturing all aspects of the city.

The actor most recently cast in the role of the super-spy, Daniel Craig, is likely to return as Bond. But, said Deaver, “If he is not available to play the part, I will be available. I would be happy to be in Cape Town again.”

Actors who played the role of Bond over the years include Sean Connery, George Lazenby, Timothy Dalton, Pierce Brosnan, and Craig.

Popular with the international film community

In recent years Cape Town has become increasingly popular as a film destination, with a number of international films being shot, either partially or in full, in the city. Blockbusters such as Ask the Dusk (Colin Farrell, Salma Hayek, Donald Sutherland), Blood Diamond (Leonardo DiCaprio, Arnold Vosloo, Djimon Hounsou) and Lord of War (Nicholas Cage, Jared Leto) have been filmed in Cape Town.

The first ever newsreel was shot in South Africa during the Anglo-Boer War, which ended in 1902. The weekly newsreel ran for more than 60 years.

Film production began in 1916 when IW Schlesinger set up Killarney Studios in Johannesburg, and the studio cranked out 42 movies between 1916 and 1922.

When access to international markets became limited in the 1920s, the so-called 30-year lull began, and it was only in the 1950s that the market picked up again, when Afrikaans filmmakers developed an interest in the industry.

In the 1980s, South Africa gave foreign companies the opportunity to film cheap straight-to-video movies in the country by giving them tax breaks. After 1994, the local film industry lagged behind international films. However there were several that were well received overseas, such as Cry, the Beloved Country, filmed in 1995, which won a number of awards, including one from the Screen Actors Guild.

The local film industry has matured since then and has now earned international recognition. The 2005 film Tsotsi won an Oscar in 2006 under the category Best Foreign Language Film. In 2009, the sci-fi hit District Nine was nominated for an Oscar for Best Film.