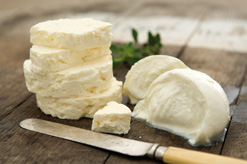 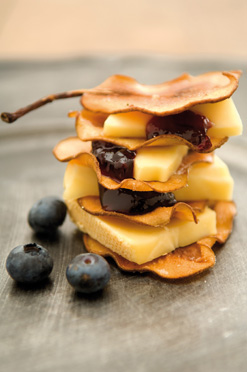 A cheese and dried pear stack 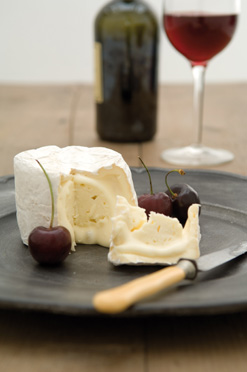 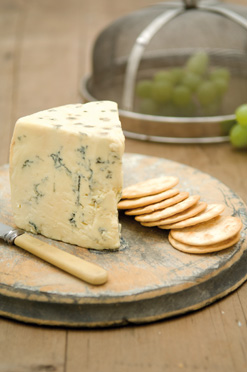 The often pungent, sometimes subtle, but ever-enticing taste of cheese is bound to tantalise the taste buds of cheese lovers who descend on the Bien Donné farm nestled in the Paarl countryside for the 6th annual South African Cheese Festival to be held from 25 – 28 April 2008.

Visitors to the cheese festival will enjoy a large selection of well-known cheeses as well as discovering new varieties. Top chefs will also be sharing their expertise in cooking up great dishes using cheese as a main ingredient.

France and Switzerland have also been invited to exhibit their top cheese varieties at the festival. The Department of Agriculture from Burgundy (France) will be showcasing their cheese and wine products, while the Swiss will also be bringing some of their top cheeses to be sampled by visitors.

But cheese never travels alone. The country market setting of the festival will allow those attending to enjoy the cheese with delicacies such as olives and freshly baked bread, and of course the many wines made from grapes grown in the region.

Since the annual festival started six years ago, more than 130 000 people have attended this increasingly popular event. The festival has been of such high quality that in November 2007 it received the prestigious Best Exhibition of the Year Award for Southern Africa – in the trade and consumer category for exhibitions larger than 12 000m² from the Exhibition & Event Association of Southern Africa.

Mariana Rabie, marketing manager of Agri-Expo, which organises the event, says the festival is so popular because they haven’t deviated from a winning formula.

“ I think there are two things that make the festival special. The first one is that we have always stayed with the main feature of the event being cheese and have never diverted from that,” she says. “Seventy percent of the floor space has been dedicated to cheese, while the other 30% has been allocated to companion foods like bread and olives, as well as wine.”

Secondly, Rabie says, the event makes for great family outings, as there is plenty to do for the entire family. She says it isn’t just a cheese tasting, but an entire experience.

According to South African Cheese, the governing body regulating the cheese industry, the popularity of cheese has grown significantly, due to the improved quality, wider variety and consumer education. Cheddar, mozzarella and feta in particular are still the most popular cheeses in stores countrywide but the organisation says demand is also increasing for new and exciting types of cheeses.

Although the local market is still in its infancy, the quality of South African cheese is improving and the world is curious about our produce. South African cheeses entered in international competitions in the US and UK regularly return with bronze, silver and gold medals.

Organisations such as Agri-Expo have already taken up invitations to organise tasting sessions of South African cheeses in Beijing, China and Manila in the Philippines. “We are invited to the major [international] cheese competitions more regularly and every time when we win gold and silver medals, people are curious where the cheese comes from,” says Rabie.

Other awards given in the diary industry include the South African Dairy Product of the Year. Currently, the 2007 reigning product of the year is the Round Gouda manufactured by Clover South Africa. Its described by the judging panel as a “humble everyday cheese but of outstanding quality”.