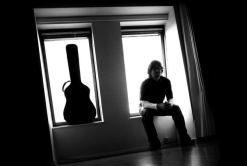 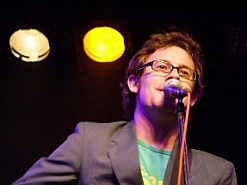 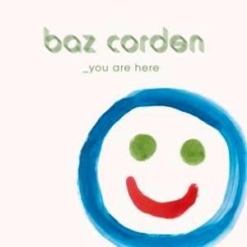 Homegrown musical talent is once more in the international spotlight. South African singer/songwriter Baz Corden has been snapped up by major international mobile provider T-Mobile as the voice of their latest advertising campaign.

The UK-based singer has contributed his latest single “There’s a Right Time for Everything”, to T-Mobile’s new television campaign, which is currently flighting in Europe.

Corden released his solo album You Are Here, produced by David Birch (Stealing Love Jones, Parlotones and Perez), for 2Feet Music in 2008. The singer’s gentle, mainly acoustic style is described as a blend of jazz, folk, country and rock, sprinkled with whimsical, sometimes cryptic, lyrics.

Mere weeks later, Corden was approached by the mobile provider and asked to provide music for its current European television campaign.

T-Mobile is the world’s sixth largest mobile phone service provider according to number of subscribers. After UK-based Vodafone and Spain’s Telefónica, it is the third largest multi-national, with operations in the US, the UK, and 10 European countries. T-Mobile USA is the fourth largest wireless telecommunications network in America after AT&T, Verizon Wireless, and Sprint Nextel.

T-Mobile asserts that it tries to use new tracks by up and coming artists in its adverts, adding that it would love to help take a musician’s career to the next level.

This philosophy certainly seems to be working, as several songs from You Are Here have also been chosen for a National Geographic-sponsored documentary directed by Australian film maker Beau Miles.

Born in Durban, KwaZulu-Natal, Barry “Baz” Corden was introduced to music when he was seven, after his parents gave him a guitar for Christmas – although he recalls that what he really wanted was a toy bakkie (pick-up truck).

Later Corden formed his first punk band The Melted Crayons and took his first steps on the road to an exciting career. After stints in various other groups, he took a break from the band environment to work with popular South African solo musicians such as Nibs van der Spuy, Guy Buttery, Josie Field, Farryl Purkiss, and Luke Siedle.

The guitarist also has previous international exposure, in the form of his former band Pistolfish, which was playlisted on college stations in the US. In addition, he has worked with producer Bjorn Thorsrud of Smashing Pumpkins fame.

“I’m interested in, and fascinated by, the search for beautiful things in life,” said Corden. “Experiences, moments, things people might say or do.”

With this noteworthy achievement Corden has taken one step closer to following in the footsteps of internationally famous South African artists such as Johnny Clegg, rock bands Seether and Tree63, and Afro-fusion group Freshlyground.