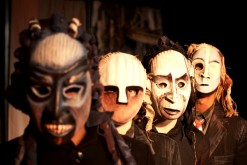 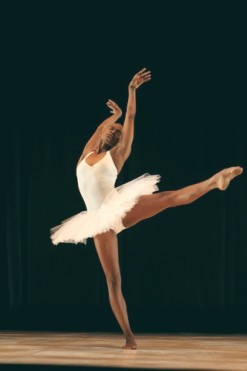 Johannesburg in August is dry and bleak. The winter cold starts to ease, but after months with no rain the ground is hard, the grass is yellow and the Highveld sky is thick with dust. The bare branches of trees are softened by a few brave blossoms, but spring still seems far away.

The seasons change officially on the first day of September; typically, the rains haven’t arrived by then, but somehow pockets of green develop and – just occasionally, usually at dawn and dusk – experienced locals catch the scent of moisture in the air. The city’s mood starts to change. Soon the thunderstorms will come.

There’s something very reassuring in this predictable cycle. Despite political turmoil, despite economic instability, despite even the prospect of climate change, year by year the shift from winter to spring provides some comfort to Jozi’s burdened, stressed-out citizens.

It’s not only Mother Nature who has this palliative effect – for September also brings to Johannesburg the Arts Alive Festival, and with it, a reminder of the invigorating potential of human creativity.

Theatre, music, visual arts, dance, literature, film: name your art form, it’s on the programme, which runs from 2 to 26 September.

Of course, the Johannesburg arts scene is hardly dormant during the other 11 months of the year (quite the opposite), but Arts Alive serves as a reminder to the people of Johannesburg to make the most of opportunities to engage with the work of artists from across the country, the continent and indeed the globe.

The 2010 festival opened with a performance of acclaimed dancer and choreographer Dada Masilo’s reconceptualised Swan Lake. In her latest daring adaptation of an iconic ‘Western’ cultural product (she has previously appropriated Shakespearean plays such as Macbeth and Romeo and Juliet), Masilo once again fuses classical ballet with contemporary dance styles.

It will be interesting for festival-goers to compare Masilo’s rendition of Swan Lake with that of Vijayalakshmi, a celebrated proponent of the southern Indian dance form known as Mohiniyattam, which will be onstage later in the month.

Vijayalakshmi has created her own version of the Swan Lake fable for a cast of 15 dancers, keeping Tchaikovsky’s famous score as musical accompaniment but replacing the tutus and pointe shoes with the rich visual pageantry of dancing and costumes from the Indian state of Kerala.

Swan Lake in Mohiniyattam forms part of a sub-festival running in parallel with Arts Alive under the banner of Shared History: The Indian Experience. This annual programme of events, which also takes place in Cape Town and Durban, aims to reinforce the strong historical connection between India and South Africa – appropriately, 2010 marks the 150-year anniversary of the arrival of Indian indentured labourers to work the sugar plantations of Natal.

International collaborations are an important component of Arts Alive; participating artists come from as far afield as Argentina, Switzerland, Taiwan, Portugal and the Netherlands. The festival organisers also, however, place a strong emphasis on the presence of performers from other African countries, such as Côte d’Ivoire, Ethiopia and Mozambique.

Unfortunately, xenophobic attitudes continue to be prevalent in South Africa, making life extremely difficult for communities with a high proportion of residents from countries north of the Limpopo – but other sub-festivals under the Arts Alive umbrella will encourage those in attendance to oppose violence and prejudice. The Hillbrow Peace Festival and the Soweto Festival both take place over the last weekend of the month.

Nationality and ethnicity are only two among many barriers that separate individuals in any society – precisely the kinds of divisions that artists try to overcome.

Another division is between the able-bodied and the disabled, for instance, hearing people and deaf people. Yet, as demonstrated by the talented and visionary group FTH:K (From the Hip: Khulumakahle), deaf/hearing creative partnerships can produce astoundingly beautiful works. “Listen with your eyes” is the advice given by the Market Theatre to audiences attending performances of FTH:K’s shows Quack! and Womb Tide.

Theatre-goers are spoilt for choice. The 969 Festival, hosted by Wits University, coincides each year with Arts Alive. The event is named after the 969-kilometre journey between Johannesburg and Grahamstown, where the annual National Arts Festival (NAF) takes place.

The idea is to take a selection of plays that were performed at NAF and to share them with upcountry audiences who couldn’t make the trip down to Grahamstown. In 2010, the line-up includes both high comedy and understated tragedy, with subject matter ranging from contemporary politics (Mbeki and other Nightmares) and evolution (Backstory) to warfare (Kaput) and the complexities of sex and marriage (Molly Bloom).

The Raiders shows of father-and-son team Nicholas and Luke Ellenbogen are extremely popular in Grahamstown and have become something of an institution; so if you’re looking for an authentic NAF taste, catch them in Raiders of the Lost Aardvark.

Arts Alive is intended as a “people’s festival”, and its success each year depends on the extent to which the citizens of greater Johannesburg become involved in the programme – not only as spectators, but also as participants.

The Alternative Spaces community theatre programme and the Bottle Top Mosaic on display in Newtown’s Mary Fitzgerald Square are evidence of what can be achieved through cooperation within and between communities.

Yet the festival also facilitates the creation of new, transient communities, such as the thousands of people who year after year attend the Jazz on the Lake concert at Zoo Lake. Music events are the largest crowd-pullers at Arts Alive, but exhibitions such as the Louis Maqhubela retrospective at the Standard Bank Gallery and the University of Johannesburg’s group exhibition Ecotopian States have the advantage of bringing in visitors throughout the month.

Film screenings and a variety of workshops offer further scope for either escapist entertainment or active discussion, depending on your preference.

Whatever you do, make sure you don’t let September pass without taking part in the springtime Jozi tradition of Arts Alive.