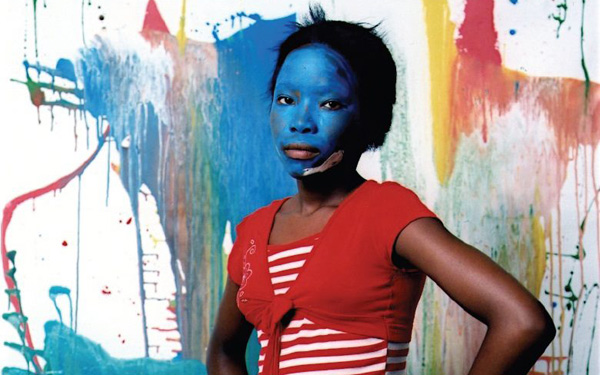 Room 13 is an art enrichment programme for children from disadvantaged backgrounds that was set up to improve their school results and help to produce more well-rounded pupils. (Image: www.facebook.com/Room13SA)

Splashes of paint, an array of paint brushes and splotchy aprons, poetry books and a dress up corner: these elements help to make Room 13 a glorious success.

Room 13 is an art enrichment programme for children from disadvantaged backgrounds that was set up to improve their school results and help to produce more well-rounded pupils. Room 13 is a creative space that allows freedom of expression and the opportunity for each child to have a better understanding of themselves and the world around them. Its mission is to be “a place to develop and empower children to become the best that they can be”.

Run by schoolchildren for schoolchildren, a Room 13 studio is supported by an artist in residence at a school. The pupils manage the studio as a business, selling their designs and art work, and electing their own management team each year. The artist in residence is their employee, not their teacher. Room 13 seeks to unlock children’s imagination by developing their artistic expression across various art forms, in particular visual arts and literature. At the same time, it seeks to teach children essential business skills as they run the studio as their own business and take full responsibility for the sustainability of the project.

“[It is a] place where our imagination runs free, a place for us to go to after school and express our creativity through painting, drawing, drama, poetry and storytelling.” The presence of art in the life of a child, it is explained, can be used for therapeutic devices as well as benefit their “cognitive, social and motor abilities”.

St Martins de Porres High School in Orlando West, Soweto is one of those institutions that has incorporated art in its curriculum in an attempt to change the lives of its pupils. Nkosana Ngobese, the resident artist, explained to The New Age newspaper: “Not only does art help pupils express themselves, it also helps with self-esteem issues and self-confidence issues as well.”

Ngobese added: “One of my biggest challenges is making sure that they create artwork that is compelling, tells a story and is sellable.”

The space aims to develop the art, life and entrepreneurial skills of South Africa’s disadvantaged youth. Art is seen as not just as a medium of self-expression, but as a means to develop self-esteem and sense of purpose. The unique approach of Room 13 – a studio at a facility run as a business by the schoolchildren themselves – is a sentiment that speaks to the artists.

Research has found that art education, such as painting, drawing, sculpting, singing, storytelling, poetry, drama and so on, strengthens problem-solving and critical thinking skills, explains Room 13. It is mooted that the experience of making decisions and choices in the course of creating carries over into other parts of life.

“When children are encouraged to express themselves and take risks in creating art, they develop a sense of innovation that will be important in their adult lives. These studies further indicate that there is a direct correlation between art and other areas of achievement, demonstrating that young people who participate regularly in the arts are four times more like to be recognised for academic achievement than children who do not participate.”

Unfortunately, with pressing socio-economic needs facing many schools in South Africa, art education has come to be viewed as a luxury and consequently has been dropped from the school curriculum in most disadvantaged schools.

Originating in Caol Primary School, near Fort William, in Scotland, about 12 years ago, the first Room 13 studio ran as a business, raising funds to buy art materials and employ a professional artist in residence to work with the schoolchildren. Room 13 has since grown to over 10 studios in the United Kingdom, and now, with the addition of South Africa, Nepal, India, United States, Canada, Mexico, Turkey, Austria, China, Holland, it is fast becoming a colourful, worldwide network of studios.

A firm believer in getting involved where they can, Reg Lascaris and John Hunt, who cofounded advertising agency TBWA Hunt Lascaris in South Africa helped to establish Room 13 in the country. It’s a joint venture between the agency and the Nelson Mandela Children’s Fund, which enables underprivileged schools to teach art. “Hopefully this year we’ll open another two or three classes. Wherever we’ve had a Room 13, the results [have improved] at the school,” says Lascaris in Get It magazine.

Room 13 was introduced to South Africa in 2005, on the initiative of TBWA Worldwide. The agency approached Room 13 for help in implementing its vision for a worldwide school of creativity. TBWA Hunt Lascaris, which is based in Johannesburg, grasped the opportunity, and the project got under way initially with two studios – one in Sapebuso Primary School in Soweto, and one in Mmulakgoro Intermediary School in Botshabelo. There are now 16 Room 13s in disadvantages schools across the country.

There are certain criteria schools must meet for a Room 13 to be started:

• They must be historically disadvantaged or needy schools;

• They must convince the organisation they can passionately pursue, and be capable of achieving, long-term sustainability; and,

• There must be an urban/rural balance.

Funders may request that they work within specified schools/areas.

Room 13 has its own anthem, Rockin’ for Room 13 (Rocking all over the World). The idea is that “imagination is everything” and that art education is vital to the development of the child.

Speaking to News24, Sunter said: “It was amazing seeing these guys belting out Mustang Sally, American Pie, If I Were a Rich Man and many other hits of the last century. The audience were rocking in the aisle and swaying with torches and didn’t mind the odd off-key note. We should go on tour! Room 13 is a fabulous initiative where a separate room for the arts is built at disadvantaged schools with money raised from a variety of donors.”

As the co-ordinating body of the initiative, TBWA Hunt Lascaris supports the development of the studios, sourcing sponsorship, and providing resources and opportunities for networking and income generation. It makes a continuous effort to raise the profile of Room 13 and host events, such as the annual lekgotla, to enhance the experience of the pupils and artists involved.

“We encounter daily experiences, patterns and relationships which reveal a great deal about who we are as interacting humans. Socio-economic and societal issues play a factor in the development of brains and, ultimately, behaviour. Disadvantaged children clearly do not benefit from their place in society. The arts can also awaken their senses and make the child more aware of the surrounding material and spiritual world,” says Room 13.