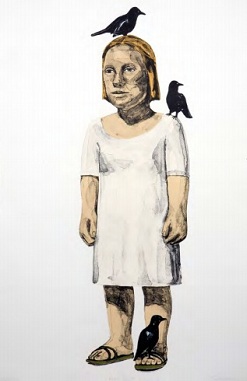 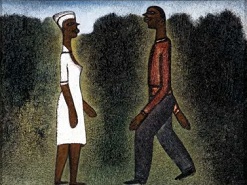 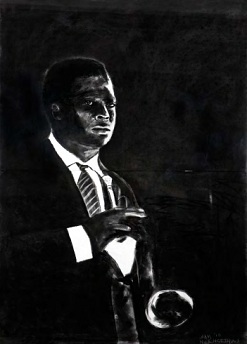 Johannesburg’s newest and most dynamic art gallery, the Wits Art Museum (WAM), is to hold an auction of some of South Africa’s top artists at the end of May.

WAM opened a year ago, a creative conversion of portions of three nondescript buildings on the corner of Jan Smuts Avenue and Jorrison Street in Braamfontein, an increasingly hip inner city suburb with markets and restaurants in abundance, catering for the student population of Wits University.

WAM’s collection consists of contemporary and historical art from South Africa and art from West and Central Africa, making it one of the region’s most significant African art collections.

The museum has over 9 000 works in its archives, boasting some of Africa’s rarest and finest art. Wits University’s art collection goes back to the 1920s, when the anthropology department starting collecting African art pieces to use in the teaching of ethnography.

Its fine art collection began in the 1950s, collected for teaching purposes. In 1972 a donation allowed the university to acquire contemporary art, and its first art gallery opened soon after, with several others opening a little later.

The catalogue for the 30 May event can be downloaded from the WAM home page.

Stephan Welz of Strauss & Co will conduct the auction, which will feature art by some 30 contemporary South African artists including the late Robert Hodgins, and world-renowned artists William Kentridge and David Goldblatt.

All works have been donated for the auction. Some of the other artists involved are Karel Nel, Penny Siopis, Sam Nhlengethwa, Claudette Schreuders, Debbie Bell, and Joachim Schonfeldt.

“All the distinguished artists who have donated their work are passionate about the importance of WAM,” reads a WAM statement.

In the past year nine exhibitions and numerous events have been held at the museum, the most recent being a retrospective on Hodgins. At present a superb exhibition containing 280 works by Gerard Sekoto, on loan from 55 collectors, runs until 2 June.

“The highly anticipated auction will be a high-status, exclusive event attracting collectors, art lovers and supporters of the arts and is sure to stir up great excitement in all prospective bidders,” indicates the statement. Those wanting to attend can contact Lesley Spiro Cohen at the museum.

The auction also celebrates the museum’s first birthday in its vibrant new space, says Charlton. “It’s been a wild ride, it’s been great,” she enthuses.

Funds from the auction will launch the gallery’s endowment fund, which will support the growth of programming in years to come.

Last year funding was obtained from a family foundation “to initiate a dynamic education and events programme over the next three years”.

“It is designed to bring growing numbers of adults, students and children to the museum, providing them with rich and varied opportunities to experience the value, benefits and pleasure of the arts and our artistic heritage,” according to the statement.

The WAM endowment will encourage the growth of these programmes, in order to “bring to fruition WAM’s vision, which is to be a leading museum of African art on the African continent”. The long-term target for the endowment is R25-million (US$2.7-million). Charlton hopes that the auction will raise R2-million ($214 000).

Art from all over the continent

Since 1978 Wits University and Standard Bank have collaborated in acquisitions of art. With a budget supplied by the bank, Wits has undertaken to purchase and administer the African art collection, at the same time using it for education. The collection is then jointly owned by both institutions.

Art is collected from southern, north, west and central Africa, and a smaller portion from east Africa. The biggest segment of the collection is from South Africa.

Sources range from auctions and galleries, to Congolese dealers who know what the university is looking for.

The gallery takes up 5 000m², with 2 000m² used for display space, seminar rooms and workshops. The rest of the space is reserved for research and teaching facilities, museum storage, prime ancillary and commercial event space and administrative and support facilities.

Ahead of the occasion there will be a preview week where the artworks will be exhibited at WAM for viewing. In addition, a talkabout with Charlton and special projects curator Fiona Rankin-Smith will take place on Saturday, 25 May at midday and Sunday 26 May at 11am.

“The WAM auction promises to be an important and fun event which will successfully contribute to the long term aims of the Wits Art Museum.”

Sponsorship by Bidvest and Peregrine Securities will cover the costs of the auction.