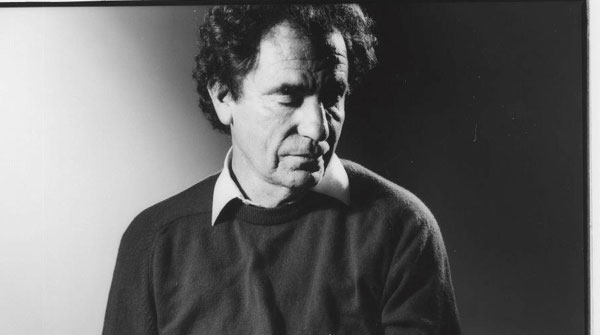 Born in Johannesburg in 1935, Justice Sachs played an instrumental role in the democratisation of South Africa. He was key to negotiations in drawing up a new constitution to create a non-racial state that respects the rule of law. (Image: Albie Sachs)

Asia’s highest accolade was bestowed on Justice Albie Sachs for “his understanding of the rule of law in which the dignity of all persons is respected and the strengths and values of all communities are embraced” and for “his efforts in the realisation of the rule of law”.

Justice Sachs received the inaugural Tang Prize in Rule of Law from the Tang Prize Foundation in Taipei City, Taiwan, on 21 June. The prize is considered Asia’s version of the Nobel. The judge, a former justice of the Constitutional Court of South Africa, won for his significant contributions to human rights and justice around the world.

Born in Johannesburg in 1935, Justice Sachs played an instrumental role in the democratisation of South Africa. He was key to negotiations in drawing up a new constitution to create a non-racial state that respects the rule of law. In helping to design the Bill of Rights for South Africa, he argued for the establishment of “a system that guarantees achievable rights to all, rather than one that embodies the victory of one side over the other”.

A lawyer and human rights activist, he spent his life fighting apartheid. In retaliation, South African security agents planted a bomb in his car in 1988 that blew off his right arm and blinded him in one eye. This story is recounted in his autobiography The Soft Vengeance of a Freedom Fighter. Following the unbanning of anti-apartheid parties and the end of apartheid, he helped to write the country’s new Constitution, and in 1994 he was appointed by Nelson Mandela to serve as a justice of the Constitutional Court. He held this position until 2009.

In his time at the Constitutional Court, the highest court in the land, Justice Sachs assisted in authoring many of the court’s most important decisions and in building its reputation as one of the most important sources of transformative human rights jurisprudence in the world. In terms of the rule of law, the Constitutional Court has been noteworthy for its willingness to rule against the government.

South Africa’s Bill of Rights is regarded as one of the most progressive constitutional documents in the world. Listed are not only traditional civil rights such as the freedom of expression and the right to assemble, but also the rights to housing, education, health care, food, water and social security.

During Justice Sachs’ tenure as a judge, the Constitutional Court abolished the death penalty and overturned anti-homosexuality laws. In the landmark Minister of Home Affairs v Fourie case in 2005, he authored the court’s decision that legalised same sex marriage, making South Africa the fifth country to recognise such unions.

He has honorary doctorates from over a dozen universities, including Princeton, Cambridge and the University of Edinburgh. He is also the author of several books, including Justice in South Africa (1974), Sexism and the Law (1979), and The Strange Alchemy of Life and Law (2009). His writings and lectures have had a great influence on scholars and lawyers around the world.

The 79-year-old, who began practising law when he was 21, often defended people charged under the apartheid regime; as a result, he was arrested and tortured. In 1966, he went into exile in England; 11 years later he moved to Mozambique to help build a new legal system for the recently liberated African country. With a PhD in law from the University of Sussex, in the United Kingdom, he is now a visiting professor of law and the Gruber Global Constitutionalism Fellow at Yale Law School, in the United States.

Named after China’s Tang Dynasty (AD 618-907), the Asian prize was founded by Taiwanese billionaire Samuel Yin in 2012 with a donation of $3 billion new Taiwan dollars. It honours leaders in four fields: sustainable development, biopharmaceutical science, rule of law, and sinology, the study of Chinese language, history, customs, and politics.

The Rule of Law Prize is awarded to individuals or institutions that have made significant contributions to the rule of law, reflected not only in the achievement of the candidates in the advancement of legal theory or practice, but also in the realisation of the rule of law in contemporary societies through the influences or inspiration of the work of the candidates.

Justice Sachs “stands out as one of the most influential contemporary advocates for the rule of law”, according to the Tang Prize Foundation. “His views, backed up by unyielding choices of integration over differences and inclusiveness while preserving diversity, offer significant inspiration for societies dealing with issues of division, reconciliation, and the rule of law.”