London’s radio scene is being flavoured with music from Africa since a Nigerian station took over Bang Radio and rebranded it The Beat London. It aims to disseminate African music to audiences in the UK, to showcase the continent’s talent. 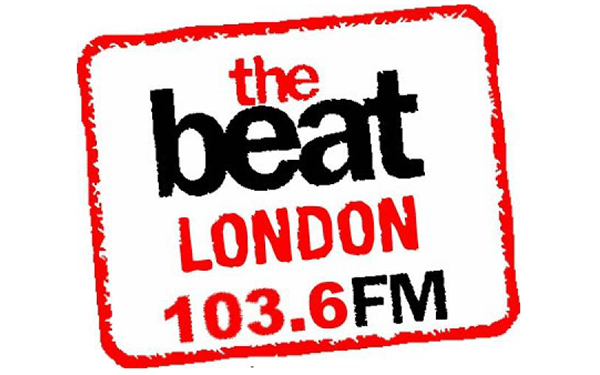 Following its success in Nigeria, The Beat FM gets a radio station in London. It began broadcasting in March 2016. (Image: Online Nigeria)

London’s airwaves are being filled with music from all over Africa since Nigeria’s The Beat London 103.6 FM began broadcasting at the end of March.

“We are excited to expand The Beat FM’s passion to develop music talents and the energy of young people from Africa to the world, beginning with the UK,” said Chris Ubosi, the chief executive of The Beat 99.9 FM Nigeria, speaking to Radio Today.

“This is a great opportunity to further demonstrate the potential that music and media have to unite youths across the world.”

The Beat London took over an existing station in North London, Bang Radio 103.6 FM, under an agreement with Megalectrics.

Expanding The Beat FM into London was driven by changing demographics and entertainment consumption habits of the UK, said Deji Awokoya, general manager of Megalectrics. “This was by no means a hostile takeover, but a long-considered, calculated move because our aim is to globalise local talent,” Awokoya told The News Nigeria website.

“Already, Bang FM is a fixture in the Afro-Caribbean entertainment industry, with close collaborations with radio stations and media in Nigeria.”

Ubosi said the rebranded radio station was a chance for those interested in African music to access it.

“We want to put African music on the same pedestal with other genres,” he told digital news outlet, Quartz. “Put the music in the mainstream so it’s played alongside other genres rather than being compartmentalised and played only during specific shows.”

Eventually, Ubosi would like to expand into North America.

Beat FM in London: “We want to put African music on a pedestal like other genres,” Chris Ubosi. https://t.co/MvR4UKOvrN#LondonisLive

African music on the rise

Quartz noted that the concept of an African station launching in the global capital of art and fashion might have seemed too ambitious a few years ago. But things were changing.

“But hits by stars like Nigeria’s Tiwa Savage and Wizkid, Ghana’s Stonebwoy and Sarkodie, South Africa’s Cassper Nyovest and Tanzania’s Diamond Platnumz have already been seeping into the London night club scene and have been on the fringes of playlists of UK radio,” the Quartz website reads.

It described African music as undergoing a renaissance, after a period of neglect during the 1980s and the 1990s.

“But as local economies of countries like Nigeria and Ghana picked up there was a new found desire for home-made entertainment alongside American hip-hop and Hollywood movies,” reads Quartz. “The renewed self-belief of young Africans spurred the growth of home grown pop music and movies.”

Awokoya said the station did its research and found that more people were tuning into stations that were culture driven. “This is corroborated by an entity no less than MOBO (Music Of Black Origin),” he said. “So for us, this is a strategic move and the beginning of a completely new frontier in the globalisation of entertainment.”