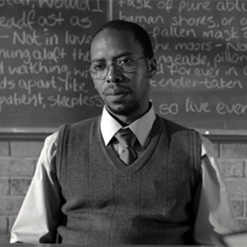 A disturbing film, Of Good Report is a neo-noir outing from South African director Jahmil XT Qubeka, depicting the dark side of a rural township. 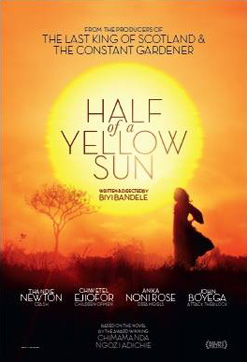 Two African films – one of which is from South Africa – have been selected for the Dubai International Film Festival (DIFF), to be included in the AsiaAfrica out of competition programming segment line-up. The line-up highlights this year’s most dynamic, visionary and critically acclaimed cinema from Asia and Africa.

It is anticipated that the programme will allow audiences to discover new cinematic voices, and reacquaint themselves with some of the most celebrated contemporary filmmakers from the two diverse regions. The films will offer tales of hardship, love, and the struggle for freedom.

The director of the AsiaAfrica programme, Nashen Moodley, says the films selected for this year’s AsiaAfrica programme “will enthral audiences with their gripping storylines, brave and poignant themes, and moving performances. This segment is about providing access to a truly global box office, uniting DIFF audiences with film lovers around the world in their experience of these wonderful stories.”

A disturbing film, Of Good Report is a neo-noir outing from South African director Jahmil XT Qubeka, depicting the dark side of a rural township. An unassuming teacher arrives at the local school; despite his excellent references and innocent demeanour, he promptly starts an affair with one of his students. It leads to horrendous consequences.

The film was banned by the South African Film and Publication Board as “child pornography” in July. But the censorship appeals tribunal then lifted the ban after a challenge by the organisers of the Durban International Film Festival where it was meant to be the opening feature. It had hinged on a sex scene between the schoolteacher and a pupil. It was finally shown on the last day of the festival.

In the second African film to be screened in the segment, actors Thandie Newton (Crash) and Chiwetel Ejiofor (12 Years a Slave) shine in a lavish screen adaptation by Biyi Bandele of the Orange Prize-winning novel Half of a Yellow Sun by Nigerian author Chimamanda Ngozi Adichie. The story spans a generation of Nigerian history through the tumultuous late 1960s, when the country was caught in civil war. Through the historical looking glass, two fiercely intelligent sisters battle for love and independence in a patriarchal society in the throes of ethnic strife.

There are several other South African films at the festival, including:

● Durban Poison – acclaimed writer and director Andrew Worsdale returns to the big screen with this noir romance set among the marginalised white underclass.

● Mandela: Long Walk to Freedom – a celebration of Nelson Mandela’s extraordinary journey from his childhood in a rural village through to his election as president of South Africa, in the country’s first democratic vote. Epic in scale, the film features stunning performances by Idris Elba and Naomie Harris.

● Minesh – Minesh runs away from home after witnessing his parents quarrel. The young boy soon finds himself among street children, who while away the time by sniffing inhalants. Forced to try the intoxicating substances, Minesh is lost in hallucinations. When he wakes up, all he knows is that he must return home.

● The Devil’s Lair – set in a world where conflicting forces struggle to regulate the illicit drug market in Cape Town, infamous for one of the highest murder rates in the world.

Moodley has been instrumental in bringing diverse films from the vast regions of Africa and Asia to Dubai. “There has been incredible growth within the festival,” he says. “[It] came about on the festival circuit with quite a splash. It’s been wonderful to see how the audience has grown over the 10 years, and also how the festival has come into its own in terms of the various projects that it has been working on. It has made it a really great place for people to come, for the industry to come. Whether you’re showing a film there or looking for films to acquire or looking for funding for an Arab film, there are so many partnerships and activities at the festival now that I think it all works very well together.”

DIFF, which runs from 6 to 14 December, is celebrating its 10th birthday this year. It has upped its profile this year via a new partnership with the Academy of Motion Picture Arts and Sciences, the American group, based in Hollywood that is dedicated to the advancement of film arts and sciences. A delegation from the academy, including former president Sid Ganis and directors Ava DuVernay and Shekhar Kapur, will attend DIFF.

First held in 2004, DIFF is the oldest, as well as the biggest, festival of its kind in an Arab country. “Dubai audiences will be able to enjoy a broad selection of the best of world cinema this year, both very established directors as well as some exciting new talents. As the programme takes shape, we are really happy with the great films we’ve secured and I think the audience is in for a treat,” Moodley maintains.

Some of the selections are already getting an Oscar buzz. “I’m very confident that many of the DIFF films will feature prominently in the awards season.”

The vision of DIFF is made clear in its motto – “bridging cultures, meeting minds” – which refers to the diversity showcased at the festival. This is also one of its big draws. According to organisers, this is one of the most prestigious and hotly anticipated events on Dubai’s calendar and brings fame and film to residents while entertaining and educating the public through the art of film.

Film buffs from around the world attend, and this year’s red carpet guests include actors Martin Sheen, Cate Blanchett, Zac Efron, Mark Ruffalo, Jim Sheridan, Rooney Mara and Andy Serkis. There are also whispers that Christian Bale and Casey Affleck who may join in. The festival will screen films in four different locations: the Mall of the Emirates cinemas, the Madinat Jumeirah theatre and arena, as well as the free outdoor screenings at Burj Park, also known as the Screen on the Green.

There will be panel discussions that will include a session presenting an overview of the Academy and master classes for filmmakers.