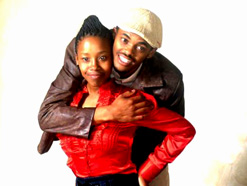 The stars of “Gugu and Andile” Lungelo
Dhladhla (red blouse) and Litha Booi
were both recognised for their outstanding
performance at the recent AMAA awards.
(Image:TVSA) 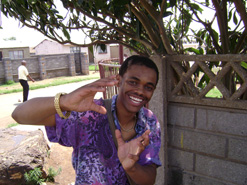 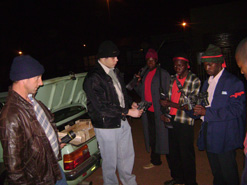 A scene from the film,  gun peddlers
selling firearms to some of the residents
during the violent era in the Thokoza
township.
(Image: Fireworx Media)

Litha Booi and Lungelo Dhladhla, both leading actors in the  film Gugu and Andile, were lauded for their outstanding performances.

Gugu and Andile was nominated for eight awards and scooped an impressive three.

The local production’s young actors wowed the industry with their portrayal as a modern day Romeo and Juliet. The film’s director, Minky Schlesinger, was also recognised for her work. She accepted the award for the Best Picture in an African Language.

The Department of Arts and Culture congratulated the winners via a statement released to the media, “There is no doubt that this is a giant leap for African filmmakers to tell the African story to the international community and South African filmmakers are making their mark as important contributors to this continental effort.”

Classic Shakespearean tales were used tell South African stories, with Gugu and Andile as the modern adaptation of the touching love story, Romeo and Juliet.

The local adaptation of William Shakespeare’s famous book tells the story of two star-crossed lovers who find themselves in the middle of a volatile political environment set in 1993.

It’s the year before the historic 1994 democratic elections but politically motivated violence is tearing up the Thokoza township, as a result of a bitter divide between the Zulu and Xhosa tribes.

Gugu Dlamini (Dhladhla) is a 16-year-old girl who hails from a Zulu family while 18-year-old Andile Mcilongo, comes from a loving, attentive Xhosa family. The community sees their love as the ultimate insult to tribal loyalty and are vehemently against their relationship.

While violence and politics tear through their community, both teenagers remain loyal to their own love. Their respective families ban them from having a relationship, a decision which only fuels the two lovers.

As in the classical tragic tale of Romeo Montague and Juliet Capulet, the two teenagers end up taking their lives, as they cannot bear the separation.

Reacting to the news of the three awards, the film’s producer Bridget Pickering said it was well worth the sweat put into the project, “This is an incredible recognition for the years of hard work that the team put into developing the script.”

Pickering said the awards were a testament to the team’s united spirit during filming, “Despite the challenge of a limited budget, the production crew and director Minky Schlesinger pulled out all the stops under testing shooting conditions in the Thokoza township in the middle of the rainy season to bring the film in on budget and still focus on creating a compelling story with strong visuals.”

The Kenyan film From a Whisper proved to be another big winner, walking away with overall Best Picture, Best Director, Best Screenplay, Best Original Soundtrack and Best Editing.

The African Movie Academy Awards, or popularly known as the AMAA’s is currently in its fifth year.

The 2009 awards were the biggest to date, with Hollywood stars including 2007 Academy Award winner Forest Whittaker, who won an Oscar for his portrayal as the notorious Ugandan leader Idi Amin in the film, The last King of Scotland.

The awards were conceptualised out of a need to recognise not only the stars of the film industry, but technical practitioners who work behind the scenes.

According to the organisation, the AMAA’s are an “annual celebration of the brightest and the best in African movies. [The awards are about] class and style, blitz, glitz and razzmatazz.

“It is the biggest gathering of movie makers across the African continent and the Diaspora.”

Co-producer of the film Andile and Gugu Niel Brandt, expressed their appreciation for the awards, “The AMAA’s was a truly fascinating experience, with the selection of films exceptional, and of course the opportunity to engage with fellow filmmakers from across the continent is an opportunity not to be missed.

“I strongly recommend that more South Africans submit their films to the AMAA’s in future years. We at Fireworx are certainly going to be using this opportunity to explore future co-production opportunities with filmmakers in Nigeria.” 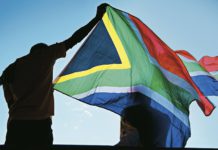 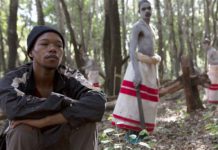 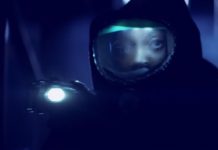 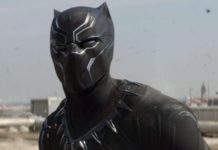