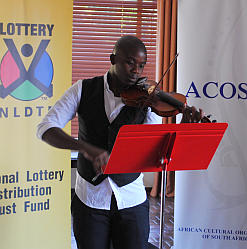 Jabu Kunene, seen here at the Gauteng Camerata auditions, has passed his Grade Five music theory exam, and says he’d like to continue playing for as long as possible. 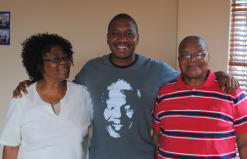 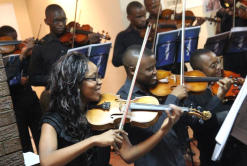 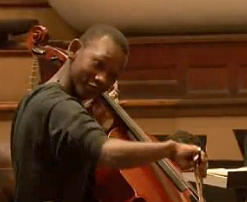 Abel Selaocoe, a promising cellist, earned himself a scholarship to the Royal Northern College of Music in Manchester.
(Image: Al Jazeera)

Formal music training and classical music was at one time in South Africa viewed as the domain of the elite, but in recent years a number of organisations have worked to tap into the wealth of musical talent in South African communities. The African Cultural Association of South Africa (Acosa) is one of them.

The non-profit organisation, based on the West Rand, was established in 1947 and its vision remains the same as it was back then – to reach out to the community in the form of formal music education, both choral and instrumental, and to bring music lovers together to create beautiful sounds.

Acosa today is headed by South African music legends Michael and Sheila Masote. Distinguished National Order laureate Michael is a pioneer in the development of youth orchestras and choral ensembles – he was the first black South African to complete a BMus degree from Unisa, and brought classical music on a wide scale to Soweto with the formation of the Soweto Youth Orchestra.

It is said that he taught himself how to conduct the orchestra by disguising himself as a janitor and sneaking into the rehearsals of the former National Symphony Orchestra at the city hall in Johannesburg.

The Soweto Youth Orchestra evolved into the semi-professional Soweto Symphony Orchestra, which in turn produced world-class successes such as trumpeter Prince Lengoasa and the evergreen Soweto String Quartet, all of whom learned their trade under Michael Masote.

Now Masote is inspiring a new generation of musicians – including his own children and one of his grandchildren – with his work as director of music at Acosa. This organisation, too, has spawned musical talent such as the all-girl Ntombizodwa String Ensemble, who have performed for Queen Elizabeth II, among others, and sensational young cellist Abel Selaocoe from Sebokeng, who is presently studying at the Royal Northern College of Music in Manchester, on a scholarship.

They are proof that music is for everyone, and are the living embodiment of everything that Acosa stands for.

“Acosa aims to create youth orchestras where everyone has access,” says Sheila Masote. “We provide teachers if the musician doesn’t have one, and we also want to train more teachers. Too many kids need teachers, and there are not enough good teachers to go around.”

The demand for tuition is immense. “We can’t stretch ourselves far enough,” she adds.

A sense of belonging

Besides the Soweto Youth and Soweto Symphony orchestras, Acosa has established a number of other ensembles over the years – they include the Soweto Children’s Orchestra, the Acosa Wind Band, the Acosa Brass Ensemble, and most recently the Gauteng Camerata, a youth development orchestra of 20-somethings.

“The kids get a sense of belonging to a group that gives back to the community,” explains Michael Masote. “They feel unique, and they feel hope for the future.”

Accomplished Acosa alumni have taught and studied overseas, and graduates of the wind and brass groups have been accepted into the highly rated national bands of the South African navy, army and police.

Auditions are currently under way for the Camerata, with one of the goals being to recruit wind and brass players to add to the string ensemble, as this will also enable the expansion of the repertoire. The first round has just concluded, but there will be more auditions in the near future.

Bringing music to the people

Acosa’s motto is “Ke fa go re o fe” (Setswana, meaning “power is knowledge diffused to others”). In keeping with this sentiment, the organisation has plans to go national, which will uncover more homegrown musical talent, and encourage the further documentation of South African music.

In the meantime, it works in Gauteng through various venues including the Soweto Music Conservatoire, which has a colourful history of its own, starting up in 1947 in the home of choral conductor and, later, Pan Africanist Congress president Zepheniah Mothopeng – Sheila Masote’s father – in defiance of the apartheid laws of the time.

The Soweto conservatoire concept has been duplicated in the Acosa Tsa Lapeng Conservatoire near Hammanskraal in northern Gauteng, and the Acosa Sebokeng Music School at Mojalathuto Primary School in Sebokeng, about 57km south of Johannesburg. The organisation also gives classes in four primary schools in Soweto, and at its main facility, Acosa House, in Roodepoort.

Acosa teaches choral and classical music on instruments such as the cello, violin, viola, double bass, guitar and piano. Not all students can afford their own instrument, and in these cases Acosa is able to arrange the extended loan of instruments to deserving musicians. Exams are set according to the Royal School of Music in London.

Musicians are expected to be committed to and serious about their art. “This is not recreational music,” says Kutlwano Masote, son of Michael and Sheila, and mentor and conductor of the Camerata.

“We aim to instil a sense of excellence in our musicians, which will help them to get bursaries to schools such as St John’s College, which teaches music as an academic subject and as an extracurricular activity.”

The younger Masote is a pioneer too, graduating from the International Menuhin Music Academy in Switzerland and becoming the first black member of the National Symphony Orchestra in 1998.

Acosa has received funding from the National Lotteries Board – this has been allocated to the purchase of a permanent home for the school, the further development of its music programmes, and minibuses to transport musicians and equipment to and from their homes in places as far away from the school as Daveyton on the East Rand, and Sebokeng.

Next in the plan is a media centre, which will allow the young musicians to learn music software such as Sibelius. They can then create their own arrangements and learn to compose.

“We envision six or seven terminals,” says Kutlwano Masote, adding that it’s not all work for the students, as there are fun activities too and hopefully, a tour to Botswana in the coming months. 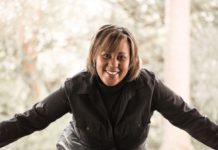 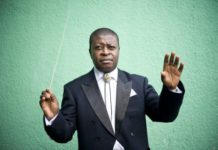 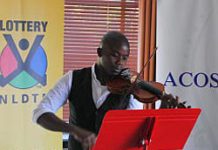 Bringing music to the youth 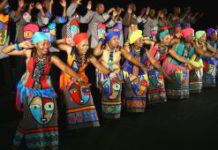