When he discovered the names of his great-great-grandparents, who were slaves on a farm in Worcester, Aubrey Springveldt felt a sense of “rootedness”. His interest and experience in genealogy led to his teaching others how to research their family history. 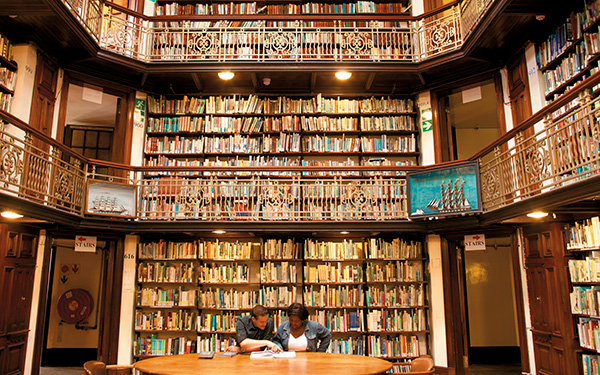 Bookworms doing research inside the library of Port Elizabeth. From family photos and books to archive records, finding out about your family history makes you find your inner detective, says Aubrey Springveldt. (Image: Brand South Africa)

Aubrey Springveldt knows that to find out what is hidden in your family history, you first need to find the detective within yourself. Initially he was a teacher but today the Capetonian is a tour guide.

Over the years he developed such a passion for genealogy that he now combines his skills and teaches others how to research their family trees.

Fluent in German, he says that speaking to tourists in another language sparks their interest in his background – and allows him to jump in and tell them about his family history. “That creates the platform for further discussions about the diverse cultural landscape of the Cape which is not normally covered in popular superficial commentary,” says Springveldt.

Springveldt grew up in Worcester, a town in Western Cape some 120km north-east of Cape Town. His quest to learn his family history started in 1987. “I wanted to know who everyone in my family was. I asked my father why we spelled our surname the way we did.

“I started asking my aunts and uncles. They had their stories, but a lot of them [did not correspond].”

Sometimes a lie is told in family history and it becomes lore. “You cannot tell them they are lying. You just have to believe what they are saying. The stories that they tell are based on hearsay – on legends they [have] heard.”

But these anomalies prompted Springveldt to hunt for the truth himself. “I began verifying the information at the Western Cape Archives and Records Services in Roeland Street, Cape Town.” And he has found out some interesting information along the way.

“My grandfather’s brother lived in Cape Town. His surname was made Springfield when they moved that side. We knew they were family of us.”

His great-great-grandfather, Aron, was born on a farm near Worcester in 1818. “In those days slaves didn’t have surnames. Only when he got married on 31 March 1846, he gave himself up as Aron Springveldt. Later in 1850, when he was christened, he then also gave his full names [Aron Springveldt],” he says.

“I recently got in contact with a farmer who is family of the owner of that farm. The beautiful family home on the farm has been declared a national monument and is one of the oldest farmhouses in the district. 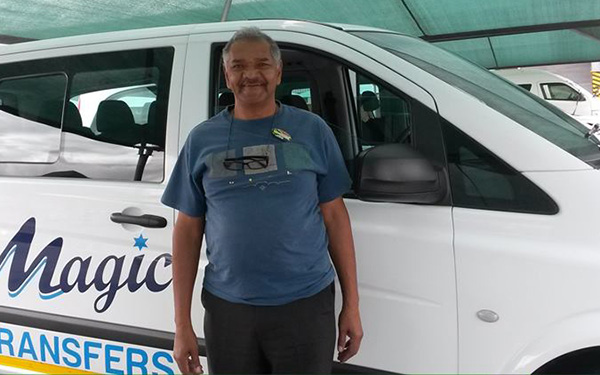 Aubrey Springveldt says he got a feeling of rootedness after finding evidence of his great-grandfather. (Image: Facebook)

Springveldt says researching his genealogy was not easy at the start. “I was uninformed about the resources there are available for us. I had a lot of detective work to do. But you learn with the experience. There are many textbooks available to help you start.”

The September family has a “brilliant publication they released about their family history”, he says. Internationally, such research has been done for years, especially by Europeans, and their books on the subject offer some insight.

However, it does not end after finding the resources and learning how to use them; you have to interpret the information. “You often find people who know they have European roots, but then they find themselves in a cul-de-sac when they cannot find the relevant resources to connect themselves to those ancestors.

“We must be able to compare dates and other information from the different registers to cross-check whether we are on the right track,” he says.

His passion and determination helped him to overcome the challenges, says Springveldt. “You just have to believe that you can do it.”

One memorable discovery he made was finding out the name of Aron’s wife, Sophia, in the slave register. “That was five years before I found information about Aron that I found his wife’s details. Both incidences [of finding their information] made me very emotional.”

Sophia and Aron were popular slave names. “A lot of documents gave me clues. One of the good things that came out of my search is that I now have evidence of them.”

Church registers of marriages, births, deaths and christenings can be used in the search for family history, although churches are not always willing to allow people to check this documentation. “The government also had their slave registers. Then you get word of mouth resources as well.”

He says there are also records of the Khoi-khoi people, the early inhabitants of the Cape. “Besides slave registers, you also get contracts of slaves.”

Part of the detective work is to compare information from the various registers. “We must know where everything comes from. For instance, find out more or less when a wedding ceremony took place,” he says.

“Also, often when you search for records you get assistance to find the records, but often there is no-one to assist you with the deciphering and the interpretation of the documents.”

But it is worth the effort: “The mere fact that I found Aron and Sophia gave me a feeling of rootedness.”

Springveldt also sent DNA tests to Pretoria, and found that six people in countries such as Sri Lanka, India and Maldives had the same ancestors as himself. “This is from my mother’s side a lot of thousand years ago.”

Language and culture organisation Afrikaanse Taal- en Kultuurvereniging (ATKV) had an exhibition on 28 April at which people who were trained by Springveldt could present what they found out about their family history. “Researchers who have been trained by me under the auspices ATKV have already held two exhibitions – 19 July 2014 and 28 April 2015. A third group of 8 have started on the 2nd of May 2015 and hope to exhibit their work in November 2015.”

Springveldt says the ATKV sponsored this project, which began in February 2014, but the trainees did their own research in their own time. Through it, he trained 15 people who are now able to trace genealogy, the study and tracing of lines of descent. He hopes they can turn this venture into a business allowing the 15 people to earn an income by helping others find out about their family history.

Petronella Gordon, of Paarl, in Western Cape, is one of the people trained for the project. She wrote a letter about her experience to the local newspaper, Paarl Post: “My name is Petronella Lizette Marshall Gordon. I am the eldest daughter of Pieter and Cattherine Gordon. My grandparents from my father side were Hans and Magrieta Koordom from Darling, and on my mother’s side, Piet Cleophas en Elizabeth, or Lisbet as she was known – they are originally from Hopefield.”

Documentation and photographs can lead somewhere, and she advises you show the photos to older family members and ask them who they can identify. For archive research, she recommends the Western Cape Archives and Records Services at 72 Roeland Street, Cape Town.

Watch actor Blair Underwood talks about finding out about how tracing your roots gives you grounding:

Watch and learn ten tips on how to bust through your genealogy brick wall: 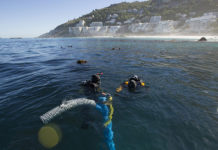