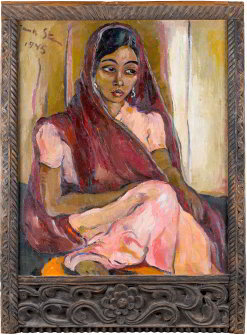 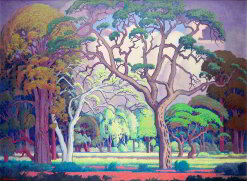 A work by world-renowned South African artist Irma Stern has got the local and international art community talking. One of Stern’s paintings was recently auctioned for R26.4-million (US$3.8-million), setting a new world record for South African art.

Stern’s Bahora Girl, an oil on canvas painting, achieved the record-breaking price at an auction of South African art held in October at London-based auction house Bonhams, one of the world’s oldest and largest auctioneers of fine art and antiques.

Stephan Wells, MD of Strauss & Co Fine Art Auctioneers and Consultants in Johannesburg, said that her work satisfied the criteria of what buyers want.

“Besides being good art, it is bold and cheerful. She was also a colourful person in her own right and she is undoubtedly one of South Africa’s best artists,” Wells said.

South African art in the spotlight

“There is a renewed confidence in South African art,” said Wells.

Stern’s work, in particular, has been doing very well. The value of her work escalated from approximately R7-million ($1-million), to R13-million ($1.9-million) to the recent record-breaking price of R26.4-million ($3.8-million) in less than six years, which according to Wells is a rapid increase in value.

It is also encouraging that South African collectors bought all three works. “It is a known fact that works of art sell best in their country of origin and the people who bought these artworks are serious collectors and buyers,” said Wells.

He added that more people are realising the value of art as a good investment and as the economy shows signs of recovery from the recession, more people will think about investing in art.

“With uncertainty about interest rates, the property market and the stock market, art is proving to be a sound investment,” he said.

According to Bonhams, Stern had a keen interest in the exotic and visited Zanzibar in 1930 and 1945. Her travels to the island, known for its rich history, Arab culture, colour and spices served as great inspiration for some of her most acclaimed work.

Giles Peppiatt, head of South African Art at Bonhams, said in one of the auction house’s catalogues that another striking feature of Bahora Girl is that it comes with its original Zanzibar frame.

This particular portrait belongs to a group of works Stern completed in 1945. All her works in this period explore the lives of the people of Zanzibar. Peppiatt said that these works are “strongly expressive in style” and they represent the best of Stern’s portraiture at this time in her career.

He also said that the artist’s most valued portraits are those in Zanzibar frames. Stern loved the beautifully carved woodwork found in Zanzibar, and she shipped many examples back home to Cape Town. She found the woodwork so beautiful that she even exchanged her own front door for one from Zanzibar.

Irma Stern is a South African art icon and achieved national and international acclaim. She is known for her versatility and worked with numerous media, including oils, watercolour, gouache (an opaque water-based paint that dries to a dense matte finish), charcoal, ceramics and sculpture.

The Irma Stern Museum, run by the University of Cape Town and the trustees of the Irma Stern Estate, was established in 1971 in the house where she lived for almost four decades. The museum is both a tribute to her life and a platform for other artists. Some of the rooms in the house still have the furnished interiors as arranged by the artist. Upstairs, a commercial gallery for contemporary South African artists is available for hire. A temporary exhibition programme is also presented annually.

According to the museum’s records, Stern had a very specific way of working. She didn’t like to be disturbed while working, and often put up “Do not disturb” signs at the studio. It is also believed that she painted while chain smoking and drinking strong black coffee.

She liked to be involved in every aspect of her trade. She reportedly framed her own work, packed exhibitions by herself and took care of her own sales.

Stern travelled widely throughout her career to Europe, Southern Africa, Zanzibar and the Congo. Many of her destinations inspired her art and she also had the opportunity to build up an extensive collection of artefacts for her home.

During her lifetime, she held almost 100 solo exhibitions in South Africa and European countries such as Germany, France, Italy and England. As is the case with many renowned artists in history, at first her work wasn’t acknowledged in South Africa, her country of birth. However, from the 1940s she started achieving success locally.

Works by other esteemed local artists also performed well at the latest Bonhams auction. A piece titled Bosveld by Jacob Hendrik Pierneef, one of South Africa’s most prominent artists, fetched a higher than expected price of R8-million ($1.2-million). The work was expected to sell for R2.2-million ($324 000) to R3.3-million ($487 000).