Meet Njabulo Thabiso Madlala, a South African citizen living in the UK who is helping talented opera singers still living in SA to achieve their dreams!

London, United Kingdom – Njabulo Thabiso Madlala lives and works in the UK. Employed by the English National Opera, he has contact with some of the most influential benefactors in the field. While he may live far from home, he has a deep love of country and does everything to empower opera singers still in South Africa.

His story is an inspiring one, but it is the people he helps that inspire him the most.

“I got the love of music as a child. My grandmother loved singing. She listened to Miriam Makeba. She was a domestic worker and at some point, the only person in our family who worked. I used to love listening to her hum songs and sing lullabies, it was the most special thing to fall asleep to. We had a small two roomed government provided house in a township called Inanda North of Durban. It was a busy household comprising of my mother, grandmother, two aunts and their children. 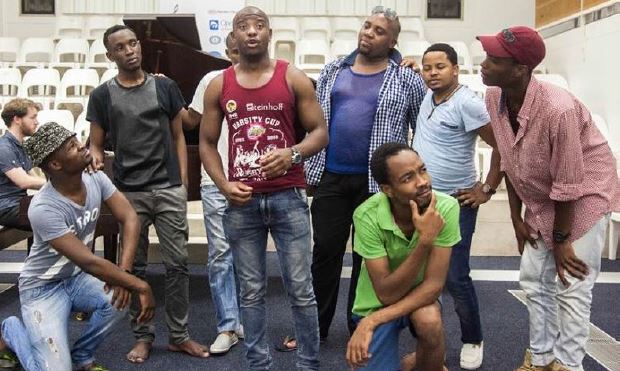 Music was my escape.

The choir master at our school got us all to sing, and chose me for the choir. I had a good voice but I hated singing. I was so shy. I could listen to music all day long and sing secretly. One day, my grandmother who worked for a British family came back from work with these tapes that had been thrown out by her madam. One of them had Pavarotti singing and aria with many high notes. I had never heard anything like it but felt some
deep connection to it straight away. When no one was home, I would put the tapes on and sing along and copy what I heard. I didn’t know it was called opera. I felt free and could momentarily escape to another world. I could dream. I used to imagine the people applauding and see myself in front of them.”

While he was in high school, he heard about an audition for a choir in Cape Town. The auditions were being held in Durban to get the most extensive scope of singers possible. Njabulo went to the audition and made the cut. He left home or the first time in his life and travelled via bus to get to Cape Town. 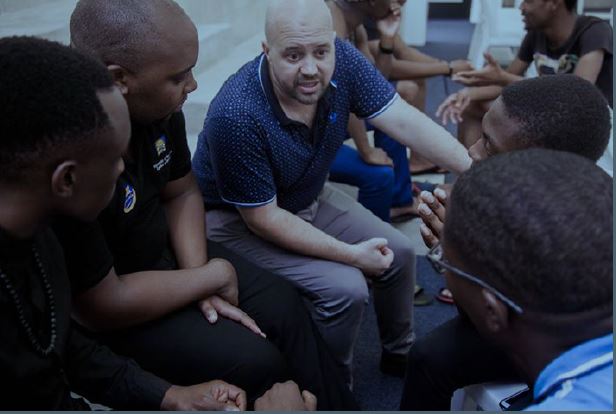 Njabulo had been in Cape Town for three months when the choir was invited to perform at the Wilton’s Music Hall in London. He was only 19-years-old and so excited to join on a life-changing opportunity. He had the chance to do a solo performance, and once he was done, was pulled aside by a woman who saw a world of potential in his talent. She told him to consider studying opera in the country.

“I said I would love to but didn’t have knowledge of how to do so and I would not have any money to do so. She said I should sing for someone at the Royal College of Music and the Guildhall School of Music and Drama. She wrote down both names and the train stations. I never knew who she was and I never met her again since that day. She was like an
angel.

One day I visited the Guildhall School of Music and asked to see someone from the voice department barely speaking enough English and a shy teenager I found the courage to do so in that moment. They called a man named Mr Robin Bowman. I said to him: “I am here from South Africa. I am with a group of singers and I would like to sing for you and come and study here.”

I was very nervous but I thought I would just go for it, tell him my story. When I turned up to audition a few days later they asked what I was going to sing and I had a little choir piece. It wasn’t enough, you need big solo numbers for auditions like that. They heard my voice, said I was a baritone and gave me two music pieces to go and learn and come back:
one in Italian from The Marriage of Figaro and one in German, a song by Schubert.”

The thing was, Njabulo didn’t know how to read sheet music, and he couldn’t speak German or Italian. He knew he would need to do something to learn the songs, so he went to a music shop and found a CD that had the songs on. He spent the next two weeks listening to them and learning every word by heart.

“I arrived for my audition and sang, just copying what I had heard. On the spot I was offered a full scholarship for the first year. After that, a lady called Sarah Walker, a famous singer became my champion. She convinced not only the Guildhall to support me further but she introduced me to the Peter Moores Foundation who helped fund my studies until I
left Guildhall.”

The opportunities he now had were more than he could have ever hoped for. Now, years later, Njabulo is an international opera singer who performs all over the world. He has turned his opportunity into a gift for South Africans.

“Now I am trying to help other South African singers who are not going to be as lucky as me by introducing them to the people and institutions that helped me. This is what my charity, Voices of Africa, is about. Not everybody will meet a mystery lady who helps them. What happened to me changed my and my family’s lives. It’s a miracle.

Each year I invite leading arts practitioners to South Africa to make it easier for young singers out there. Last year I was able to successfully stage the training programme out in Cape Town. I invited The Royal Opera House, English National Opera, Opera North, Guildhall School of Music & Drama and Umculo Incubator who all supported my project by
each sending one or two representatives to work with highly talented singers I select after auditions over 10 days. Their representatives also formed a judging panel of a small singing competition we held at the end of the training period used to assess progress.”
Since the charity was set up, the English National Opera offered employment to eight singers who were part of the workshop in South Africa. The lucky eight appeared in their 2019 Olivier Award Winning Porgy and Bess production.

The Royal Opera House then offered two of the singers to join their current 2018/19 Link Artist Scheme.

“They are currently in London receiving training there until July 2019. A young soprano Cecilia Rangwanasha who was one of the trainees was invited following the training to audition for the main young artist programme at the Royal Opera and they have accepted her to begin training fully with them in September 2019. She will be with them for 2
years and appear in small roles on the main stage.

Further, four singers have been offered scholarships by the Guildhall School of Music and Drama and Royal College of Music to begin studies there in September 2019. A young baritone Chuma was invited and attended a masterclass programme in France by our supporters Les Azuriales Festival in 2018. Msimelelo Mbali from Eastern Cape has been
invited to the National Opera Studio in London to spend her year there training and living expenses fully covered. All this is as a direct result of this small project and determination to help others.”

Njabulo has spread his good fortune to others and is hopeful he will empower many more South Africans. Through his work, handfuls of South Africans are being educated in the music they love.

ENDS
GoodThingsGuy is the home of everything good, and those are the things that really matter! GoodThingsGuy was officially launched on the 1 August 2015 in order to only
promote good news, inspirational stories and promote only positive, upbeat media.
GoodThingsGuy is a global, multi-platform media company that distills unique content
across multiple media platforms.