Homecoming Revolution is an online initiative that encourages – and assists – South Africans living abroad to return home. Why? “Because a bunch of us back home, who’ve returned after living overseas, know that this is the place to be”, says founder Angel Jones. “This is the land of opportunity.”

“Sure, it’s not perfect, but hey, don’t wait until it gets better, come home and make it better!”

Jones, who lived in London for seven years before returning to take up a position as creative director of ad agency morrisjones&co, says Homecoming Revolution is “picking up on the trend of South Africans returning home, with the aim of turning the flow into a flood”.

While trying to recruit workers to the ad agency, Jones says she was shocked to find so many talented South Africans leaving for overseas, and came up with the initial idea of a promoting “homecoming revolution” to reverse the brain drain.

“This country is poised for an economic take-off and we need all hands on deck to make South Africa the success it deserves to be,” Jones says. “The brain drain is costing the country billions of rands and we have skills shortages in many areas. We are working to reverse it.”

The Homecoming Revolution website points out that it is a “no-bullshit” campaign, telling the story as it is, both the good and the bad. They don’t aim to run down other countries, nor do they portray South Africa as the “poor cousin” needing help.

The website stresses that the campaign is aimed at all South Africans regardless of race, and adds that for every one skilled worker that returns, an additional 10 jobs are created.

Jones says that the company’s research shows that an overwhelming 78% of young South African’s didn’t plan on leaving South Africa permanently. With the right communication strategy, she maintains, Homecoming Revolution can change people from thinking “I’m a failure if I return home” to “I’m a pioneer, a visionary, an entrepreneur.”

Homecoming made easy
The Homecoming Revolution website, launched in January 2003, aims to advise and assist would-be homecomers with every aspect of returning to the country – including moving, finding a job, starting a business, and sorting out the entry, residence and financial paperwork.

There’s advice on opening a bank account from overseas, bringing a car, pets, money – or a non-South African partner – into the country, tax on foreign funds, dual citizenship and more.

A “lifestyle management service”, offering help on the nitty gritty of air tickets, property, internet access, cellphones, schools and social networking, is in the pipeline.

The site also features the stories of South Africans who have made the decision to return to the country, and allows visitors to the site to submit their own stories – and to comment on others’ stories.

“We’d have more luck changing attitudes by portraying a very realistic, honest picture of life here. We know it can be a trade off to come home, but the trade off is worth it,” says Jones. “And that’s why the bulk of the campaign features stories of people who’ve already returned. Because there’s no better proof than the frank, believable tales of diverse individuals who’ve grappled with the decision themselves.”

Since returning, some homecomers have started their own businesses, some are forging a family-life, some are climbing the corporate ladder while others are working at grassroots level – all of whom Homecoming Revolution believes are working hard to make a difference in South Africa.

“The large number of people contacting the Homecoming Revolution is enormously encouraging, but it’s the tip of the iceberg. There is lots more work to be done.”

As such, Homecoming Revolution managed to secure a sponsorship from First National Bank, who have committed to putting a range of tailor-made services – for personal finance as well as for starting up a new business – in easy reach of homecomers.

“Africa stays in your blood,” Jones says. “There is nothing on earth that beats this feeling of belonging. It’s up to each and ever one of us to work with the private sector and government to win the human capital war.

“And every day, step by step, the progress continues.” 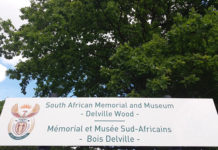 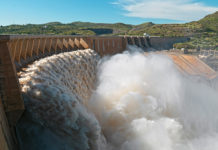