Download the hearZA app and test yourself and two friends’ hearing via your smartphone. The innovation is from a South African team and is used globally.

Melissa Javan
More than 40,000 hearing tests have been done with a hearing app created by a South African team of researchers. The hearScreen app, provided on a smartphone, is being used in 25 countries worldwide, including Ethiopia, Australia and Guatemala.

Because of its success, the South African public can now use the hearing detecting app, hearZA.

Speaking on talk radio station CapeTalk, Prof De Wet Swanepoel of the department of speech-language pathology and audiology at the University of Pretoria called the hearZA app “a super computer you have in your pocket”. It helps anyone who is 16 or older to test their hearing.

Hearing loss is an invisible epidemic, says Swanepoel, the lead inventor of the app. According to the professor, more than three million South Africans suffer from permanent, disabling hearing loss.

“Since it’s invisible, people don’t see it or appreciate the effects of hearing loss. In children it is a major reason for poor speech and language development and of academic failure as a result,” says Swanepoel.

“In adults it is associated with significant socio-emotional difficulties, depression and a threefold increased risk of dementia.”

Watch the hearScreen researchers talk about the social impact of the app and why people should care about hearing loss:

Swanepoel explains the hearScreen app is provided on a smartphone with a calibrated headphone. This is to allow an accurate hearing test from an Android smartphone according to international standards. “It is not a consumer app but is provided preloaded on specific smartphones with a headphone.”

Outcome of the testing

“Based on the geolocation captured for each test and the integrated cloud-based data solution, a text message or email can be sent to the person tested or their parents providing the test outcome and closest hearing health provider in cases of a referral.”

The noise check score gives a ratio between 1 and 9. “The test provides a signal to noise ratio for an individual. In essence this is an indicator of someone’s ability to understand speech in the presence of background noise.

“The app converts this to a personal hearing score that people can use to monitor their hearing over time.”

Swanepoel says hearZA is the downloadable Android and iOS application. The app, developed and validated by the University of Pretoria, provides every user with a free hearing test.

The two-minute test, sponsored by Sivantos, Oticon and the Ear Institute, requires users to listen to simple digits in noise. Once finished, the user receives their hearing score.

hearZA is released by hearScreen, which is supported by The Innovation Hub under its Maxum Business Incubator and mLab Southern Africa.

This national hearing test for South Africa provides a free hearing test, says Swanepoel. “It also links patients to their closest hearing health providers based on geolocation with in-app support to make a decision regarding follow-up.”

Every download includes three free test credits, which is one test per person. “After that test credits can be purchased,” says Swanepoel. “A year after the last test, a person is credited with another free test credit to monitor their hearing profile annually.”

A Brand South Africa journalist downloaded the hearZA app using an Android cellphone. It was 21 megabytes to download and 0.4 megabytes to do the testing. The journalist got her hearing test results following her test. 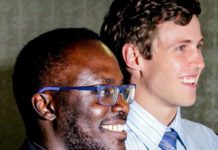 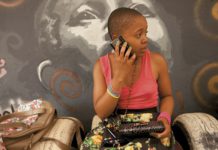 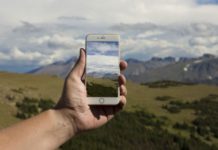 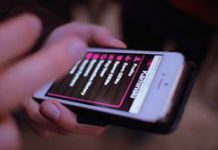 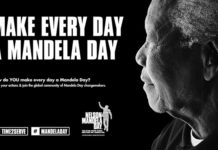