Doing business in South Africa is favourable for now, according to a study on economic freedom by the Heritage Foundation and The Wall Street Journal. But three Johannesburg businessmen warn that rising stock prices are reducing profit margins and can stifle trade. 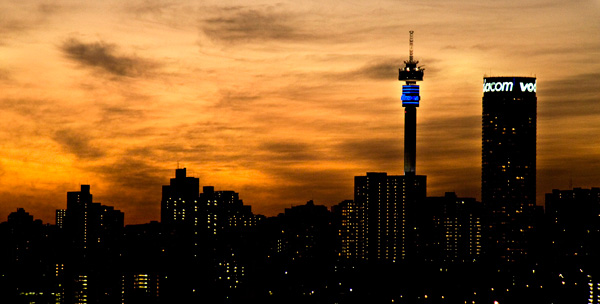 The mild-mannered Yusoof Akhalwaya sits in a dimly lit corner of his Akhalz restaurant in Mayfair, Johannesburg, talking about the business’s history. “It started with fish and chips in Lenasia. Solly’s mother, Zulfikah, used to sell fish and chips outside her house.”

The restaurant grew from a small take-away to what is now a thriving chain that stretches from Lenasia in south Johannesburg to Laudium in Pretoria, with branches in Sandton City, The Zone @Rosebank, Woodmead and about a dozen more in between.

This is thanks to South Africa’s economic freedom, which allows for businesses such as Akhalz to thrive. “South Africa is lenient in terms of business freedom,” says Akhalwaya.

The 2016 Index of Economic Freedom, released earlier this year, ranks South Africa 80th out of 186 countries, deeming it “moderately free”, despite slipping eight places from the previous year. It places higher than its BRICS partners.

Conducted by the Heritage Foundation and The Wall Street Journal, the index covers 10 measures, including property rights, business freedom and monetary freedom.

South Africa has improved in four of the 10 measures: freedom from corruption, fiscal freedom, government spending and trade freedom. Its financial freedom score has remained stable – ranked 38th – thanks to a gradually evolving financial system and a resilient banking sector.

However, the country’s biggest challenge comes from three measures, namely business, labour and monetary freedoms. Of the three, business freedom has taken the biggest knock. Business freedom measures how easy it is for people to start, operate and close a business.

There are still challenges to starting a business but the Companies and Intellectual Property Commission and even Absa’s one-stop shop is trying to make the procedure less painful.

View the interactive graph of the 2016 Index of Economic Freedom

Starting a business is easy

For Bangladeshi Kamal Uddin it was easy to open a shop in Johannesburg. He is part owner of a general dealer with his brother. They opened the shop in Mayfair 14 years ago. “It was easy to open up a small shop with the little money we had.”

Today, they have extended the store, which has grown to become a central part of the landscape of the suburb, which lies on the western edge of the inner city.

While Uddin’s business freedom might be favourable, Akhalz is struggling to regain its monetary freedom – combining price stability with an assessment of price controls – which is restricted by rising food prices.

Akhalwaya’s father, Mohammed, opened the Mayfair Akhalz branch in 1990 when the cost of food was low. In 1996, two polony specials cost R19. Today, the same order is R76. “Food has gone up by 80% this year,” says Akhalwaya. “It is getting more expensive. It’s R80 for a bag of potatoes.”

The manager of Autostyle, Junaid Mohamed, says his company is also affected by rising prices in the automotive accessories industry. As a result, the shop has had to reduce its profit margins.

But the company is no stranger to challenges. Autostyle’s story is of two Mohameds, friends who became business partners when they started Autostyle in Mayfair 25 years ago. “They started out of survival,” says Mohamed. “While in school, one Mohamed was selling broken biscuits door-to-door. The other Mohamed sold hats on the side of the road. They also installed car radios for friends for a small amount.”

But their break came when they bought a spoiler through Junk Mail and advertised it in newspaper classifieds. They sold it for a profit and from then on, they did the same for other parts until they bought a small space in Mayfair and opened Autostyle.

Its community of supporters helps Autostyle. It stays in business as it has a community of clients who love its service.

The same can be said of Akhalz, whose regular clientele goes far beyond Mayfair and Fordsburg. Originally known as Akhalwaya’s, the chain recently took on the moniker Akhalz, which is somewhat of a salute to its customers, who have been using this shortened version for many years already.

“We have to be super grateful for the support from the community. And it’s not just customers from Mayfair. People come from as far as Soweto and Morningside for our food. All our customers have kept us strong,” says Akhalwaya.