The South African .za Domain Name Authority (.zaDNA) has launched a public consultation process to ensure management of the country’s domain name is in line with global practice.

The .zaDNA, established in terms of the Electronic Communications and Transactions Act of 2002, is responsible for the administration and management of the .za internet domain.

The domain name discussion document, launched in Johannesburg in September, aims to get the South African public involved in creating a structured model for the domain name space, in line with global practice, establishing policies relevant to a maturing internet, ensuring growth of the internet and narrowing the digital divide.

“The purpose of the process is to obtain comment and input on the structure of the .za domain and to engage a wide range of stakeholders in a far broader process regarding its use, including access, education and outreach,” the authority said.

“We want this to be in line with the global practice and ensure internet growth locally,” said .zaDNA chairperson Hasmukh Gajjar. “We want to close the gap in the digital divide and have as many parties involve in the process as possible.”

Other issues are how the South African domain name should be structured, including whether it should be opened up for second-level registrations, and who should administer the database of .za domains.

The document also calls for input about whether subdomains – gov.za, org.za, ac.za and so on – should be administered by a centralised organisation, or by multiple registries.

“The growth of the internet in South Africa was not a formal, structured process and the structure and management of the domains used to identify and address users and infrastructure developed through a largely informal process,” the document says.

“The ad hoc efforts of the pioneers are no longer appropriate in an environment where the internet has become a communications mechanism.”

Communications Minister Ivy Matsepe-Cassaburri has asked the authority to educate the public about the use of the domain name. She said the campaign should reach all South Africans, and should be in a language that people outside the internet community can understand.

“We are a country that is continuously changing, so it is imperative that all be involved in the process,” she said.

The .zaDNA hopes the consultative process will come up with ways to narrow the digital divide.

“There are a number of policy considerations which are crucial for the ongoing growth of the internet community in our country as well as the stability of the existing infrastructure. The authority may need to consider education and outreach programmes to narrow the digital divide.”

Other issues to be considered include: 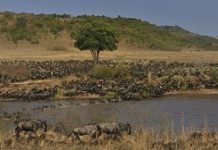