South Africa is to focus on less costly wireless networks as it moves to roll out a broadband infrastructure across the country that is “robust enough” to cater for all socio-economic, business and research needs.

While Sentech would be the driver of this infrastructure rollout crucial to meeting the communication needs of a growing economy, this would coincide with the strengthening of a liberalised policy environment that would seek to attract other investors to wireless broadband infrastructure.

Affordable access
Justifying the use of Sentech to push wireless broadband networks, the communications minister said in her budget vote speech, that international experience had shown that where adequate broadband infrastructure existed, access to it was more affordable.

“Experience has also shown us that where adequate infrastructure is in abundance, this has been as a result of direct and deliberate government intervention, particularly so in developing countries.

“Consistent with Cabinet’s declaration that ours is a developmental state we have decided to examine the contribution that the assets of state-owned enterprises can make to achieve affordable broadband access in our country.”

The reason for the emphasis on wireless broadband – as opposed to the backbone cables that link South Africa’s business centres – is because of the great costs involved in digging trenches for the rollout of the fibreoptic cables that transmit the data-carrying digital signals.

‘Less costly’
With the need to provide broadband access to the country’s remote and rural areas, “wireless broadband networks are less costly to roll out as they do not require the digging of long trenches”, said the minister.

Sentech, already a leading company in the provision of converging communication solutions, is to be the vehicle for this.

On top of this, its wireless broadband infrastructure network is to be expanded beyond its current footprint to enable it to carry voice to the end user, making full use of its multimedia licence

Discussions on an appropriate funding model for the commercially-driven state-owned enterprise were being finalised, said the minister, adding that this would take into account “the fact that Sentech provides and should continue to provide both public and commercial services”.

Eassy access
Another major development regarding broadband rollout is the development of the Eassy cable that will finally complete the broadband infrastructure surrounding the continent.

This cable – the Eastern Africa Submarine Sea Cable commonly referred to as Eassy – involves 23 African countries including South Africa, which is a co-initiator of the project, and more than 30 African companies under the coordination of NEPAD’s e-Africa Commission.

With fears over costs of access to this cable – due to be completed by next year – already being voiced by some of the smaller telecommunications players in the continent, as well as potential consumers, the minister moved yesterday to restore broad confidence in this major project that should drastically reduce telecommunications costs along Africa’s eastern flank.

With ministers of the 23 countries participating in the Eassy project meeting in Johannesburg in two weeks’ time, Matesepe-Casaburri said she had taken a policy decision to support “the application of open, non-discriminatory and affordable access to these networks”.

To support this non-discriminatory access, Matsepe-Casaburri announced her backing of the use of special purpose vehicles (SPVs) as a business model for the development, ownership and maintenance of the cross-border terrestrial and submarine cable segments of these networks.

South Africa’s mobile operators would now be invited to participate in the project, she said, adding that the self-help principle of the New Partnership for Africa’s Development had won the day.

The Electronic Communications Act has been signed by the president and gazetted, with a date yet to be determined for it to take effect in law. 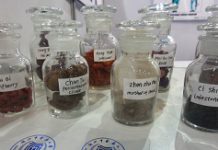