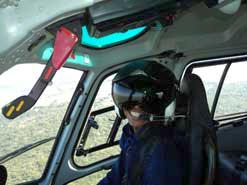 Refilwe Ledwaba in one of the SAPS helicopters that she flies regularly as part of her unit’s operations. 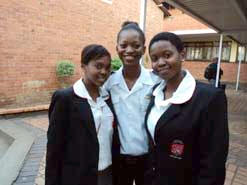 Ledwaba with pupils from Adams College in KwaZulu-Natal at the province’s Aviation Day celebrations in June.
(Images: SAWIA)

Southern African Women in Aviation and Aerospace Industry (SAWIA) was established in 2009 by Refilwe Ledwaba, to ensure that the aviation industry provides a platform for women to grow, to find mentorship and guidance and to fund the opportunities for young women who wish to join the sector in the future.

Before taking this step, she had researched ways in which she could achieve her ambitions and become part of the aviation industry, but realised that information was not readily available and very few people could guide her in the right direction.

“One of my biggest challenges was finances,” she says. “I simply did not have the money to pay for my training and I did not know where to go for scholarships or bursaries.”

These experiences prompted Ledwaba to help transform the industry, she adds, inspired by the hope that someday the journey she has travelled will be easier for other women.

Growing up in Lenyenye in Limpopo, Ledwaba was not exposed to a wide variety of career choices. Her family and people who grew up around her expected her to become a doctor. So her first move towards that career was to study for a Bachelor of Science degree at the University of Cape Town. It was in her first academic year that Ledwaba’s interest in aviation was sparked, on a flight to campus from home.

“It was my first flight to Cape Town, and the pilot was a lady.” Until then, she admits, she had been oblivious to the idea that women could become pilots.

“I started considering a career in aviation while I continued with my studies,” she says.

On completing her degree, she went on to work for a major airline as a cabin attendant, and grew even more certain that her future would involve aircraft.

Although her family was sceptical about her career change, says Ledwaba, she knew they would come around eventually.

“I understood where their feelings came from. Aviation was just as foreign a concept to them as it had been to me.”

Although her first experience of a female pilot was on a commercial plane, it was helicopters that Ledwaba eventually fell in love with.

“The first time I got into one, I knew that I wasn’t going to fly anything else.”

Ledwaba joined the South African Police Service (SAPS) in 2004 as its only black female helicopter pilot. Over time the position would test her determination and focus, as she faced many trials right from the start.

“In the beginning I encountered many challenges, from outright prejudice to simple issues like not having the correct uniform in my size,” she says in retrospect. “There was also a lack of mentorship or direction, so I had to carve my own path.”

Most of her peers simply didn’t want her there, says Ledwaba, and they gave her a hard time.

“Because I was determined and focused, my family and friends started noticing my potential and realised that I could actually make something out of this.”

When free-to-air channel e.tv profiled Ledwaba in 2011 as part of their South African Heroes series, they spoke to her colleague at the SAPS, KZN air wing unit commander Sandra Nala, about her character.

“She was the only female helicopter pilot in KZN, and she had to prove herself, and that made us very proud of her,” says Nala.

“I look at it as a great responsibility, because flying a helicopter doesn’t just involve taking off and landing. There’s a thought process to it, not to mention planning.”

According to Ledwaba, it has an informal database of about 1 000 members from all over the Southern African Development Community (SADC).

“My experiences within the industry and my passion for the development of women are the reasons why I saw the need for such an organisation,” explains Ledwaba.

Women who are already in the industry, as well as aviation students and potential students, can become members by applying in one of four categories: aviation students, individual professionals, corporate members and as part of the Girl Fly Programme in Africa.

Girl Fly Programme in Africa is aimed specifically at high school pupils, from grade 10 to 12, and is designed to accommodate their school careers by only having four events per year in between school terms.

The programme takes in 20 pupils annually, and provides them with resources to help them in their pursuit of careers in aviation or related science and technology disciplines, while also giving them information for support.

The girls can be paired up with mentors who will help them focus on their individual targets.

“We have partnered with different organisations and companies that support the programme, but we continue to seek even more support because we want to reach more girls,” says Ledwaba.

For her work in women’s development, she received two awards in July – for the Aviation, Aerospace and Defence category of the South Africa’s Most Influential Women in Business and Government Awards as well as a South African Youth Award in the Social Entrepreneurship category.

Ledwaba says SAWIA’s short-term strategy is to be able to operate in all the provinces.

“We started out as a mere forum, but we’ve evolved into a credible non-profit organisation that is making a difference in the country.”

She adds that they were very fortunate to be endorsed by the industry authority, the CAA, because that gave them the credibility that the organisation needed.

“Although we are non-profit at the moment, our aim is to grow to a point where we are self-sustainable and are able to create jobs not only locally, but throughout the SADC region,” says Ledwaba. 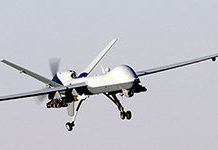 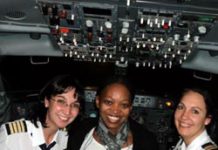 When the sky is not the limit