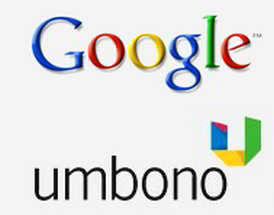 Google’s faith in South Africa’s technological
potential has resulted in a world first for the
online giant, with the establishment of the
Umbono technological incubator in Cape Town.
(Image: Shamin Chibba)

South Africa’s tech gurus will finally get a chance to become part of the global technological community after Google announced the creation of its new technology start-up incubator in Cape Town last month.

The world’s biggest online corporation has invited tech innovators living in South Africa to join their six-month Umbono programme, a pilot for Google that, if successful, may be implemented in other countries.

The programme will act as a springboard for tech entrepreneurs, turning their computer- or mobile-based ideas into businesses.

Umbono (isiZulu, meaning “vision” or “idea”) will provide successful candidates with between R173 000 (US$25 000) and R346 000 ($50 000) in equity funding, as well as free office space at Hub Cape Town, business training, free bandwidth, mentorship and access to expertise, and networking and marketing events to help the participant grow.

According to a Google press release, the programme is meant to encourage growth within the South African developer community. Google is also trying to make the internet accessible to more people in Africa through this programme.

The chosen teams will benefit from a mentor base comprising local and international experts. Team members must be able to legally live and work in South Africa in order to qualify.

Umbono’s programme manager Johanna Kollar said the mentor base is a key component of the initiative. Experts will provide guidance on topics such as product design, commercialisation, legal incorporation and valuation.

Kollar added that the experts, whom she refers to as Googlers, will participate on a volunteer basis.

“Our Googlers from around the world, who are volunteering their time, are passionate about technology in Africa and will be able to help teams with the challenges they face, whether it be on the product, business or technical front,” she said.

The Mother City was chosen as the incubator’s base of operations because it’s fast becoming Africa’s very own Silicon Valley. The city has, in recent years, positioned itself as a hub of innovation and technology thanks to initiatives such as the Silicon Cape Foundation, an IT networking body which is collaborating with Google in running Umbono.

Foundation board member Justin Spratt said the programme gives technology enthusiasts the opportunity they need to learn and grow. “There is a lot of talent and enthusiasm for technology [in Cape Town], and many ideas just need that window of opportunity,” said Spratt.

Bandwidth Barn, a Cape Town-based business incubator, was also brought on board. Along with the Silicon Cape Foundation, Bandwidth Barn is there to provide assistance to the selected teams to ensure they get the most out of their six months.

The city also possesses respected tertiary institutes, namely the University of Cape Town and Stellenbosch University, which have strong IT courses.

For Kollar, Cape Town has the ingredients that make it the perfect environment to run a tech-based company.  She added that at this point in time there are no plans to extend the incubator to other parts of the country.

Referring to local start-ups such as Yola, MXit and Twangoo, Google South Africa’s country manager Luke Mckend said that this dynamic tech scene applied not only to Cape Town, but the entire country.

“Google’s latest investment with Umbono is a great extension of our overall strategy in the region to strengthen the web ecosystem,” said McKend.

The selection committee will comprise angel investors – individuals who typically invest their own money into start-ups – and Google employees, who will then pick the candidates based on various criteria including the business potential of the idea, applicability and suitability to regional and global needs, and ability to bring the idea from concept to execution.

The first round of application ends on 15 April. However, the website will still accept applications past the deadline. Kollar said the application process will remain open year-round as people always have good ideas.

She described the potential successful applicants as passionate about technology and committed to their business idea, explaining that they should be willing to see their idea through to the prototype and, thereafter, use their technical skills to push the product to the next level.

“Beyond that, teams must have the vision to scale their prototype or product to a regional or global business,” she said.

She said that Google aims to choose at least five teams for this year’s programme, but added that this number will depend on quality of the teams and interest from the angel investors, who will receive a 10% share in the business in exchange for their financial contribution.

According to the Google website, the programme prefers teams to apply even though individuals are allowed. However, individuals are discouraged from applying if they do not have a computer programming background, which is one of the criteria.

Applicants are allowed to submit several ideas but are advised to submit one strong idea instead as it will stand a better chance of being successful.