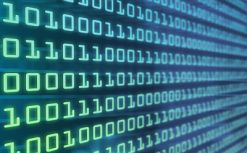 Innovation was the star at the annual
TT100 awards. (Image: stock.xchng) 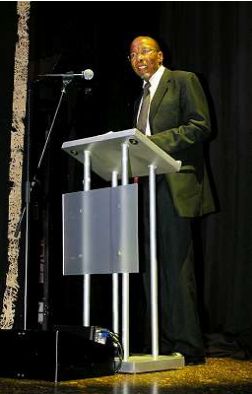 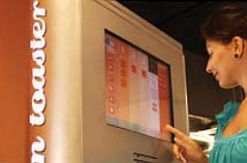 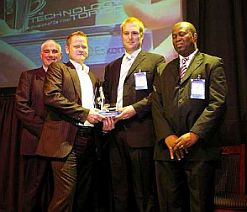 The Technology Top 100 (TT100) awards, held annually, showcase the best of South Africa’s technological pathfinders, acknowledging those role models who have used technology to give their companies a competitive edge. The latest edition took place in February 2009.

Established in 1990 as a joint initiative of the national Department of Science and Technology and Da Vinci Holdings, the TT100 programme has over the years helped to establish criteria as to what constitutes a so-called technologically excellent organisation. This information is used by organisations as a standard for improving their own competitive edge.

Delivering the opening address, minister of science and technology Mosibudi Mangena remarked that “The whole process is particularly interesting from my department’s perspective in that it gives us ongoing information on the changes we might need to make from time to time to increase our technological competitiveness as a nation.”

Mangena added that government uses the data collected to inform policy-making decisions, while organisations are able to benchmark themselves against other players in their particular industry sector.

The 2009 ceremony acknowledged 71 South African companies out of the approximately 500 that entered. Recognising that technology can alter the world, these pioneers embody the best of local ingenuity and have contributed meaningfully and sustainably to the economy as well as improving the lives of people.

The TT100 programme is based on a model known as Tips – making optimal and synergistic use of technology, innovation and people within a system. “After many years of analysing data from the TT100 awards, it was found there was strong evidence linking the success of globally competitive organisations to their ability to focus their strategies on the Tips model,” said Mangena.

Entrants into the TT100 programme encompass all spheres of industry, from software development to consulting, asset management and e-marketing, to mobile applications. Ranging in size from small to large, they all have one thing in common, and that is their use of technology to maximise profits, gain market share, and add value for their stakeholders.

One of the top winners on the night was Cape Town-based Breadbin Interactive, whose Freedom Toaster concept is steadily gaining ground both at home and abroad. In the Emerging Enterprises category Breadbin took home two awards, one for management of technology and the other the Director-General’s award for overall excellence.

The Freedom Toaster is a type of vending machine primarily for the distribution of open source software, but not for long if Breadbin has their way. Users can copy data to CDs, DVDs or flash drives and take whatever they want away with them.

“The Toaster concept has done surprisingly well,” said Breadbin director Jason Hudson. The project started off as an initiative of the Shuttleworth Foundation but Hudson and his partner Brett Simpson have since taken it completely into the Breadbin fold and are marketing it aggressively.

“We are looking to grow the concept,” said Hudson, “so that people can get not only open source software but also e-books, videos and music from local artists, which is a great way for them to gain exposure in a competitive industry.”

The only material that cannot be distributed via the Toaster platform is that which is copyrighted, otherwise clients can put any kind of content they wish into the Toaster. Clients customise the Toasters so that they are no longer merely Freedom Toasters but become, for example, Unisa Toasters.

Unisa, one of the world’s largest distance learning institutions, distributes all its courseware, across the entire curriculum, to registered students via Toasters placed in its offices around the country. This not only saves the university significantly in that it does not have to print thousands of hard copies of study materials, but the Toasters free up valuable manpower for other duties because they can be left unmanned, apart from periodic updating.

“We believe that we are approaching our tipping point,” commented Hudson, “and all indications are that it is going to be very big. We’re also getting more and more queries from abroad. The Toasters are making their mark overseas – for instance, a German technology student built one as a fourth year project!”

To date Breadbin has helped people from Canada, India, Saudi Arabia, Egypt, Germany, Kenya and Namibia build their own Freedom Toasters – a great example of South African innovation going out into the world.

Breadbin is not planning to sit on its laurels at home, but intends to expand further into Africa to make relevant information and the latest open source software freely available, particularly in the enterprise and education sectors.