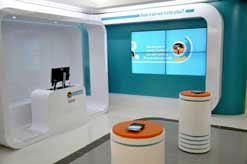 The first ‘dotFNB’ branch, which was opened in Sandton, Johanensburg in April 2012, is a self-service outlet that allows customers to do their transactions using on-site equipment.
(Image: FNB)

CEO Michael Jordaan believes the best is yet to come for FNB.
(Image: www.techcentral.co.za)

Just months after coming out tops in a small consumer survey that asked just over 600 clients to rate South Africa’s five leading banks, First National Bank (FNB) took things up a notch to clinch the title of the world’s most innovative bank in the annual Banking Administration Institute (BAI)-Finacle Global Banking Innovation Award for 2012.

A MyBroadband Business Tech survey revealed in March showed that more FNB customers in South Africa were satisfied with the bank’s services than their counterparts who bank with Absa, Standard Bank and Nedbank. Relative newcomer Capitec, founded in 2001, came in a close second to FNB in the scoring.

The global award, however, is given by the BAI and Finacle – a products and service software provider that works with banking institutions around the world to provide technology that meets their demands – to banks that inspire progressive banking solutions through products and services that speak to customers’ needs.

The two organisations came together for the first edition in 2011, with Spain’s La Caixa emerging as the first winner of the innovation award.

FNB CEO Michael Jordaan attributed the win to the bank’s focused vision, developed in 2004, to advance their services by keeping up with changes in the dynamics of South Africa’s banking population.

“We have some big innovative products and hundreds of small ones in the pipeline,” Jordaan told Business Day Live in an interview. “All of these are geared to have rewarding relationships with our customer.”

The Product and Service Innovation Award, according to a statement on the awards website, recognises banks that have substantially improved an existing product or service or developed and introduced a new product or service that has engaged customers, unleashed new revenue opportunities and/or improved the bank’s competitiveness.

FNB’s eWallet went up against two other finalists in the final round of judging – Frank by OCBC Bank of Singapore and People Like U by UBank of Australia.

The eWallet is a service that allows customers to send money to anyone in South Africa with a valid mobile phone number, whether they have an FNB account or not, and impressed the judges the most.

The bank established the service in 2009, capitalising on the country’s booming mobile phone industry and the growing concern over crimes targeted at banking institutions.

By April 2012, the number of eWallets created had passed the one-million mark, and in a statement released to mark the occasion, Yolande van Wyk, CEO of FNB eWallet Solutions, revealed daily transactions in excess of R3-million (US$ 344 233) at the time.

The bank’s research also showed that money is generally sent from metropolitan areas to the more rural provinces, and that 61% of these transactions are sent to a different province to the one where the user resides.

OCBC Bank’s Frank credit and debit cards are designed to entice young people into engaging in banking activities. The stores, as the bank’s branches are referred to, are designed to resemble retail shops and remove the staid look and feel of regular banks.

UBank of Australia, on the other hand, gives clients an opportunity to compare themselves to others like them by looking at how the other person spends their money.

Through a product called People Like U, expenditures like utilities, housing, food and drink, shopping, and clothes – which are common among many bank account holders – are used by clients to help them asses their own spending habits. Furthermore, clients are able to get a view of ‘what if’ scenarios – how they would manage spending in the event of a salary increase, etc.

According to the Global Finance 200 survey of 2010, which looked at the African region for the continent’s largest banks by assets, it was Standard Bank, Absa and Nedbank – in that order – that came out in the top three positions, with FNB only coming in at number four. The only other South African bank in the top 10 list is Investec, with the other five in either Morocco or Algeria.

In the South African context, however, Absa leads the pack, with FNB second, Standard Bank third and Nedbank coming in fourth of the established, traditional banks.

Getting in touch with innovators

“I have addressed many conferences,” said Wozniak, “but this is one of the first where I felt that I was so impressed by financial innovations, some of which we have not seen in the US.”

He added that FNB’s products are game-changing for all other banks.

“This is one of the few occasions where I have met bankers who think like IT geeks.”

“Our customers are in the driving seat and we need to ensure that we are switched on and well informed so that we can engage and communicate effectively with them,” said Jordaan. 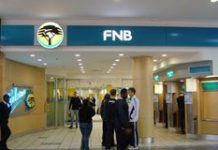 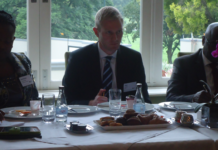 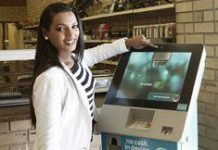 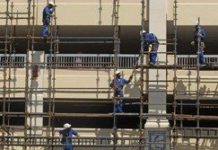