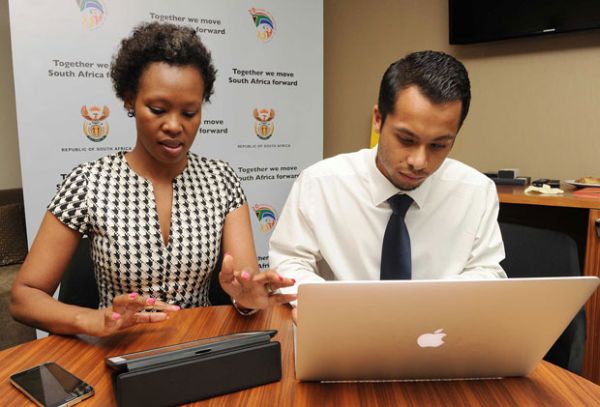 Ello is the coolest party on the internet. Hailed by fans as the anti-Facebook, the creators describe it as a “simple, beautiful, and ad-free social network created by a small group of artists and designers”.

If Facebook is the all-access, rowdy, boisterous cheap seats, Ello is the velvet-roped VIP section where the cool kids make themselves heard over the rattle of pearls of artistic wisdom. It is a safe, commercial free space, designed by hipsters for hipsters. It is invite only: you have to be asked to join, or you can send in a request and stand in line (at one point they were getting 50 000 requests an hour).

The South African government has an Ello page

Aslam Levy, the director of online platforms for the Department of Communications, contends it is hardly unusual, and should not be surprising. “We track usage trends on social media. There has been a surge in the 45 – 55 demographic on Facebook; that’s a group we want to reach. The flipside of course, is teens drop off Facebook. Youth and youth unemployment are issues we are trying to deal with so we need to know where they go. So we have a presence on Ello, on Twitter, on Instagram, and on MXit.”

Social media platforms are always organising data about their users; and access to this data makes it easier for governments to do what they need to do. The South African government has embraced digital media because it wants to change the way it talks to its citizens and residents. Once upon a time there was the message, and the government’s need to get that message out. It chose a medium and spread the word. It was a straight line without an opportunity to ask questions or seek clarity.

That this approach is changing grew out of a constant complaint from the country’s electorate – elected officials and ministers appear just before the elections, only to disappear again straight afterwards. Levy gives an explanation for this that is simple enough: “Ministers can’t visit every town in the country, but social media allows them to have a conversation with any citizen who wants to take part.”

Recently the deputy minister of communication, Stella Ndabeni-Abrahams, conducted a Twitter chat. There were 93 active users but the minister’s responses were seen by half a million people on Twitter.

A driver of this change has been the use of social media by younger members of the cabinet. They regard social media as a link to the public and their profile helps the message filter through the ranks. They understand social media as a platform to bypass traditional media, but its newness does throw up its own problems. 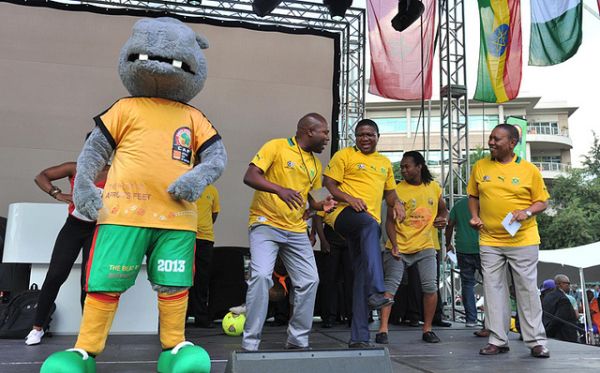 Minister Fikile Mbalula is one of the most active Twitter users in the cabinet. He is also well known among Twiteratti for expressing his opinion.

“Sports Minister Mbalula is a good example of that. There are conversations that should be private, but even so, it does remind people that ministers are human, with strong opinions. His interactions, actually, reinforce the fact that an interaction on social media is with a real person, and not just another attempt to pass on a message.”

Another factor that has eased the acceptance of social media in government circles was the successful adoption of social media by political parties in the run up to the last general election. In the months prior to the elections, the ANC grew its Twitter audience threefold to 103 000 and its Facebook attracted 12 000 new followers and stood at 52 000 on the eve of voting. Larger opposition parties fared just as well on the most popular social media platforms – by January, the DA’s numbers were on Facebook: 51 411 and Twitter: 54 825; and the EFF’s were on Facebook: 63 226 and Twitter: 33 302. The Presidency has 98 000 fans on Facebook, President Zuma almost 5 000, but his page is not as active.

A huge benefit for the government is the cost-effectiveness of using social media to get out its message in the grand scheme of things. But there are non-financial considerations and benefits as well. These include building relationships with citizens and allowing for real time response to concerns. Being on social media platforms also allows the government to track and deal with frustrations.

“What social media does is make for flatter government and removing the hierarchical structure that citizens have been forced to deal with. Social media removes the layers between a citizen and a minister, creating real engagement,” Levy says.

Yet there is a downside to using social platforms of which the government is wary, he counsels. “When you are dependent on free social media platforms you don’t own your presence. You don’t own the content you create.”

And the government creates a mountain of content. Some it appears in the government issued Vuk’unzenzele newspaper. Printed in all 11 official languages and distributed to 1.7 milllion mostly rural readers, it is a repository of original material. To retain ownership of material like this in the digital media, the government is creating a Vuk’unzenzele app that will launch in the next few weeks.

This heralds a new era in the government’s engagement with its citizens. From this comfort with social media has grown its desire to develop apps and other mobile sites to help get its message out. “The biggest concern we have is creating a uniform presence on platforms. How do we allow differentiation without diluting the message? People looking for government information want to know the information we are putting out is credible and authoritative. This is an issue we struggle with every day.”

What makes the job easier for Levy and the government is that social media is already integrated into the fabric of South Africa’s noisy democracy. “We may be loud, and angry and proud, but at the end of the day we embrace the joy of living in this democracy,” he points out.