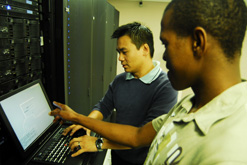 South Africa and Egypt have pooled their supercomputer capabilities and expertise to help develop a quicker response time to disasters on the continent.

The two countries are collaborating on the development of the two Kamal Ewida receiving stations, part of the state-of-the-art Kamal Ewida Earth Observatory in Egypt.

The new observatory will provide rapid real-time processing for the masses of data received from satellites monitoring Africa. It will also serve as an early warning system for continental disasters such as flooding, famine, earthquakes, terrorism and epidemics, with the intention of mitigating their effects.

Kamal Ewida is modelled on the terrestrial observatory at Purdue University in Lafayette, Indiana. Purdue’s facility uses the talents of people from 20 departments from the schools of science, agriculture, technology and engineering.

This event, held for the first time ever on African soil, took place during July 2009 in Cape Town under the auspices of the Institute of Electrical and Electronics Engineers.

According to Rochon, Purdue’s observatory provides an ideal model because of its years of experience in collecting, archiving and interpreting high-resolution data from satellites and other sources.

One Kamal Ewida receiving station will track orbiting satellites, while the other will monitor geostationary satellites.

The receiving stations are important, explained Rochon, because they can also detect environmental triggers for severe health threats such as malaria, sleeping sickness, leishmaniasis – a parasitic disease spread by sand flies – and heartwater, a ruminant disease spread by ticks.

These diseases have a far-reaching economic as well as a social impact and to catch outbreaks in time could save many lives as well as money.

Egypt’s National Authority for Remote Sensing and Space Sciences (Narss) and South Africa’s Centre for High Performance Computing are the computing partners in the project.

The two, with their trillion-multiplications-per-second IBM Blue Gene supercomputers, are currently the only two private sector facilities on the continent with the capability to handle the massive data-processing task.

It is expected that by the time the 2010 Fifa World Cup kicks off in June, basic infrastructure such as receiving dishes, computers and software will be in operation at Kamal Ewida.

Academic partners include Cairo University and the 1 020-year-old Al-Azhar University, also located in Cairo. In addition, the Kandili Observatory and Earthquake Research Institute at Istanbul’s Boğaziçi University is contributing to the project.

Like the fledgling Kamal Ewida observatory, Purdue’s observatory also uses two receiving stations to collect data from satellites and other remote sensing devices, which are then used by researchers to track natural disasters and those caused by human activity.

Kamal Ewida is funded mostly by the North Atlantic Treaty Organisation (Nato) through its Science for Peace and Security programme. This initiative gathers the expertise of its ally countries, and other countries in the Eastern European and Mediterranean regions, for projects that focus on environmental sustainability, security, and other important global issues.

The Centre for High Performance Computing, on the Council for Scientific and Industrial Research campus in Cape Town, has the capability to download information in the seven seconds it takes for a satellite to pass over Africa.

In addition to the Blue Gene, the centre also has a 27-teraflop Sun Microsystems supercomputer, powered by a Sun Enterprise M9000 server and running on open-source software.

The Aswan-based receiving station run by Narss receives data for Africa, the Middle East and southern Europe. Narss’s activities include studies on natural resource management, aerial photography, and the application of satellite data in projects relating to environmental studies, geological surveys, mineral exploration, soil classification, and planning of tourist projects, among others.

• Do you have any queries or comments about this article? Email Janine Erasmus at janinee@mediaclubsouthafrica.com. 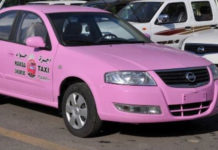 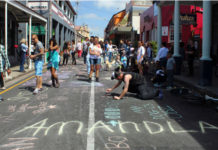 Cape Town’s Open Streets bring the people out to play 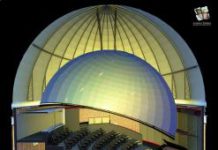 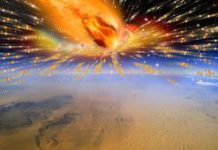 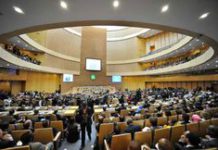