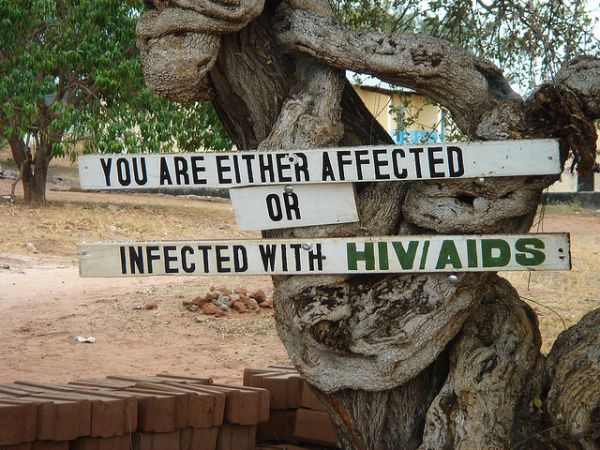 “If we invest just US$ 3 dollars a day for each person living with HIV for the next five years we would break the epidemic for good,” says Michael Sidibé.

• The battle against Big Pharma for cheap drugs
• David Ross Patient: ‘ARVs need to be taken daily’
• Taking from the past to build the future
• Nkosi Johnson lives on, in a haven
• One step closer to HIV vaccine

Of the 28 million HIV-positive people in low- and middle-income countries who are eligible to access HIV drugs, just 12.9 million are receiving anti-retroviral treatment (ART). Increasing the number of people on ART is one of the ways the UN believes could bring the end of the Aids pandemic by 2030.

Speaking ahead of World Aids Day, held annually on 1 December, the UN Programme on HIV and Aids (UNAids), said the pandemic could be a thing of the past by 2030 – if, and only if, action was taken soon to meet targets it had set.

Its Fast Track targets are:

$1·         95% of HIV-positive people on treatment need to have suppressed viral loads (viral loads low enough for their immune systems to remain strong and for them to stop being infectious).

Missing these targets, UNAids warns, would result in an increase in the number of infections. Simply maintaining treatment levels and awareness programmes at the levels we see today, means battling an uncontrolled epidemic later. “If we miss this opportunity, the epidemic could spring to even higher levels. With business going on as usual keeping service coverage at 2013 levels, the epidemic will have rebounded by 2030, presenting an even more serious threat to the world’s future health and well-being and requiring substantial resources,” the agency warned.

It estimated that by then, inaction would add $24-billion in additional costs to treating HIV-positive people. Action now, however, would prevent 20.6 million Aids deaths, 27.9 million new adult infections and 5.9 million new infections among children.

The confidence of the study’s author is based on, “a combination of major scientific breakthroughs and accumulated lessons learned over more than a decade of scaling up the Aids response worldwide”. Or as Michael Sidibe, director of UNAids, explained: “We have bent the trajectory of the epidemic. Now we have five years to break it for good or risk the epidemic rebounding out of control.”

Standing next to Sidibe at the release of the report was South African-born actress Charlize Theron, a UN Messenger of Peace. She has thrown the weight of her celebrity and the resources of her foundation – Africa Outreach Project – behind the call. “When young people have access to quality HIV health and education options, they make smart choices for their futures. Let’s make sure adolescents everywhere are empowered to be part of the solution to ending this epidemic. Meeting UNAids’ Fast-Track Targets will ensure no one is left behind.”

South Africa has the largest HIV managed care programme in the world. Because of the resources spent, the country has been able to negotiate cost decreases in viral load testing, a saving that will now be enjoyed globally. The expensive viral load test was a barrier to its widespread use in low- and middle income countries. With this price reduction, these lifesaving diagnostic tools will become more widely available.

“Our negotiations secured reduction of the price of viral-load testing not only for South Africa but the whole world,” said President Jacob Zuma. “We now have the tools we need to end the Aids epidemic.”

In an interview with AFP on the side-lines of the UNAids launch, Theron explained: “Am I aware that I bring some kind of a spotlight to it? Sure. And I feel absolutely no shame to utilise that as much as I possibly can to get knowledge and access to this information across.”