Skills, jobs, and social issues – these are on the agenda for South Africa’s space industry. It is pouring resources into building a pipeline of space scientists, and is using its facilities to help understand climate issues. Co-operation with other nations, such as China, is key. 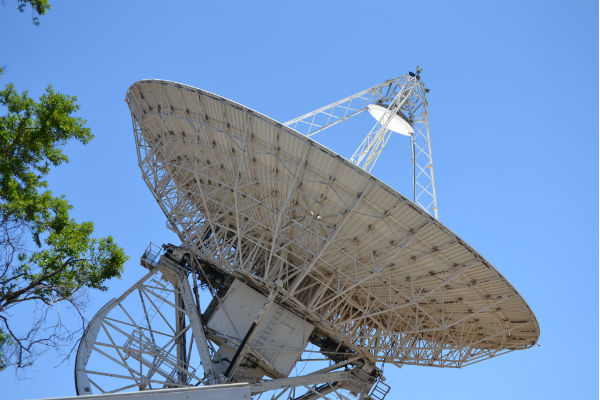 The radio telescope at HartRAO can help South Africa overcome some of its socio-economic issues. (Image: Shamin Chibba)

• SKA will change the way we listen to the universe
• SKA: answering the big questions about the universe
• Design for SKA telescope ‘has been agreed’
• SKA will boost Africa’s presence in science fields
• Time-travelling SKA to look back at the birth of stars

South Africa’s space science industry is on a new mission that has nothing to do with Earth observation or geomagnetic storms. This time, it is out to improve South Africa’s socio-economic situation by developing skills, creating jobs and increasing the number of space science students in the country.

On the second day, on Monday 30 November, South Africa’s past and future collided as journalists were taken to HartRAO and the Phillip V Tobias Fossil Primate and Hominid Laboratory, where most of the world’s hominid fossils are housed. According to Brand South Africa, innovation, archaeology, science and technology are areas on which the country focuses to achieve the National Development Plan goals.

Speaking at HartRAO, the manager of the SKA in South Africa, Lindsay Magnus, said the project was developing skills and creating numerous jobs for the country. “SKA’s human capital development is like a sausage factory,” he said.

At least 78% of undergraduates funded by SKA went on to obtain their honours degrees, he added. SKA is also developing maths and science for pupils and teachers in schools in the Karoo where the radio telescopes will be based.

The SKA is a series of radio telescopes, which look like large satellite dishes. Radio telescopes are used in radio astronomy, the branch of the science concerned with radio emissions from celestial objects – galaxies, stars and the like. These are used to determine their size, mass and chemical composition. According to Magnus, SKA will be at the forefront of answering questions about the universe. 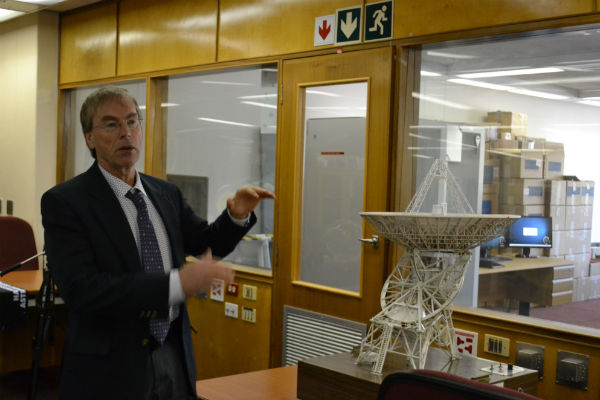 Professor Ludwig Combrinck, an associate director at HartRAO, standing outside the control room. HartRAO, he said, was a Nasa Deep Space Station between 1961 and 1974 and assisted in Apollo 11’s landing on the moon.

The Earth Observation Programme, which took satellite images for research purposes, was used to solve society’s problems, such as water shortages, he explained. “Images on water levels can have a visual impact regarding water shortages. It can create awareness.”

Khatri said the space sector had potential to develop new skills and that there was a process in place that could support individuals who wished to become space engineers.

Sansa had recently collaborated with China’s Centre for Resources Satellite Data and Application on the installation of the China-Brazil Earth Resources Satellite (CBERS-04) terminal. Sansa is authorised to directly receive, process, archive and distribute CBERS satellite data free-of-charge to the Earth observation community across Africa.

It will also collaborate with the China Great Wall Industry Corporation in hosting GPS equipment in Hermanus.