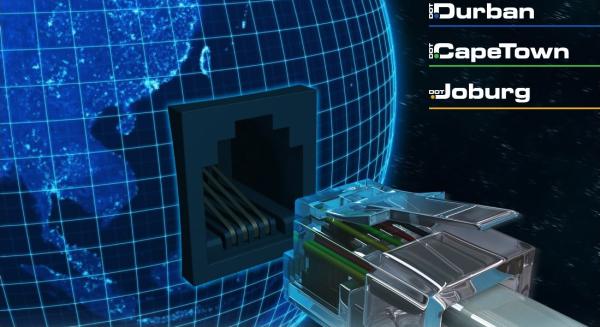 Johannesburg, Cape Town and Durban now have their own domain names on the internet, giving these cities an even greater opportunity to enhance their brands and attract business and tourists. (Image: ZAdotCities)

South African city domain names are finally available. This month Domains.co.za announced the availability and pricing of top level domain names on the internet for three of South Africa’s major cities. The suffixes dotJoburg, dotCapetown and dotDurban cost R275 and have been selling fast, with Cape Town in the lead.

The launch on 4 November marked the opening of the ZADotCities general availability phase. This meant members of the public could register the cities’ domain names, said Domains.co.za managing director Wayne Diamond. But the price excluded premium names, which were subject to premium pricing from ZA Central Registry (ZACR).

According to Lucky Masilela, the chief executive of ZACR, any individual or organisation from anywhere in the world “with an affinity for South Africa’s three best-known cities will be able to register a South African cTLD (country code top level domain), on a first-come, first-served basis”.

This particular phase follows the parallel sunrise and landrush phases. During the former, trademark holders can register for top level domains before they are open to the public. This ensures that these holders’ names are protected. During the landrush phase, domain names are available for registration usually to a closed group who may not be trademark holders. The cost for names in this period are usually higher than during the general availability phase.

Diamond explained that having a city domain name could spark innovative ways of promoting business and tourism in each city. “Choosing a domain name with some local flavour should work well for many companies.”

The benefit of a city having its own domain is that it helps to build a city’s brand. Johannesburg Tourism Company said it would help to promote the city as a gateway to and hub of Africa. “DotJoburg will promote a sense of place. For us it is about making people aware of how vibrant the city is,” the city’s tourism unit said.

Of the 1 170 applicants Domains.co.za received before launch date, dotCapetown far outnumbered the other cities, with 623 addresses registered under its domain. Johannesburg had 297 and Durban 250 applications. However, this skewing of numbers was due to one unnamed person, who registered 237 dotCapetown addresses. The latest statistics show that Johannesburg is still lagging behind Cape Town with 2 188 to the latter’s 2 989. Durban has 1 521.

Applicants have to register through Domains.co.za, which is South Africa’s only operational Icann (Internet Corporation for Assigned Names and Numbers) accredited registrar. ZACR has also developed the Mark Vailidation System, a trademark protection system that can help to protect brands from trademark abuses.

The domain names had to go through a rigorous process to be approved before they were made available to the public. Icann first assessed the stability of the infrastructure that would run the domain. Thereafter, it checked if the domain names could be sustained financially. Once the names were evaluated and approved, ZACR had to enlist the three domain names for $185 000 (R2.05-million) each. ZACR is also required to pay a $25 000 (R276 000) annual licence fee per domain.

SA cities to get domain names