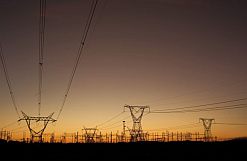 A new agreement signed by the South African government and the Clinton Climate Initiative (CCI) is to prepare the way for a solar park in the North West province.

Minister of Energy Dipuo Peters and CCI chair Ira Magaziner signed a Memorandum of Understanding in November 2009 which will initiate a study to determine the best location for this facility, taking into account factors such as land availability, radiation levels, job creation and cost of transmission.

The CCI is the arm of the William J Clinton Foundation that investigates and drives solutions to the global problem of climate change. Johannesburg is a partner city in the initiative. The organisation is also working with the Indian and Australian governments on the development of similar solar projects in those countries.

This announcement comes just ahead of the much-anticipated Copenhagen Climate Conference, which takes place in the Danish capital between 7 and 18 December 2009.

The solar park would essentially be a huge solar energy installation that will tap one of South Africa’s most precious natural resources – its abundant sunshine. At the same time it would boost the country’s use of renewable power and, with more producers competing for business, may also result in reduced rates. This will be welcome news for hard-pressed consumers, who are dreading more electricity tariff hikes on the horizon.

By embarking on more solar project South Africa would become a world leader in this field, said Magaziner.

South Africa derives most of its electricity from the burning of fossil fuels. Figures available on the website of the Carbon Dioxide Information Analysis Centre, a division of the US Department of Energy, reveal that in 2006 the country was the 13th worst carbon emitter on the planet, and the biggest culprit in Africa.

In 2006 a staggering 88% of South Africa’s carbon emissions came from coal.

Peters and Magaziner have indicated that the proposed park could add an initial 5 000 MW of power to the national grid. If survey and study data are positive, construction will begin around the end of 2010, with the facility coming online in 2012.

While South Africa’s weather generally is conducive towards solar energy production, the North West province, with 300 days of sunshine annually, is the most likely location for the solar park.

Much of the country receives, on average, over 2 500 hours of sunshine per year, according to the national energy department, with annual solar radiation levels ranging from 4 500 and 6 000 Wh/m2.

South Africa’s government strongly supports the concept of renewable energy and has set a target of 10 000GWh of energy to be produced from renewable energy sources – mainly biomass, wind, solar and hydro-electric on a smaller scale – by 2013.

This is laid out in the white paper on renewable energy, which was approved by Cabinet in 2003. Achieving the target will bring considerable relief to the over-burdened national electricity utility Eskom, as well as bring in almost US$40.2-million (R300-million) revenue, and contribute to a cleaner environment because of reduced coal burning and water usage.

Once the formalities are over, the solar park is expected to play a major role in reaching that target.

Peters described the project as a sign of South Africa’s firm commitment to tackling climate change, adding that to sit back and do nothing about the global phenomenon is dangerous and that the solar park is the first of many initiatives.

“Setting targets is important but all countries need to begin to act,” she said.

The country’s national energy regulator implemented a feed-in tariff system for wind energy in March 2009, becoming the first African country to do so and beating major developed countries such as the UK and US to the punch. The tariffs are guaranteed for 20 years.

Of the four categories of renewable energy, the other three being wind, small-scale hydro, and landfill gas, the tariff for concentrated solar power is the highest.

The solar park would encourage independent power producers to set up shop in an area that is optimised for that particular industry, with infrastructure in place, support facilities available, shared generation licensing, and environmental impact studies already completed.

It would create many jobs, said Magaziner, not only during the construction and later operation, but also through opportunities at nearby component manufacturing plants.