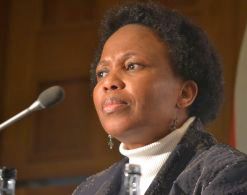 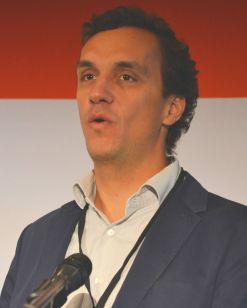 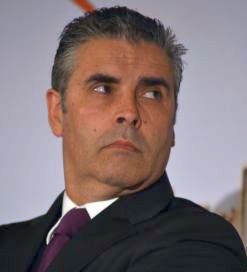 Imagine a city where the creative ideas of its entire population can be gathered and used for solving urban problems and improving living conditions. Such a notion, according to experts, is not far off and could be achieved within a decade from now.

This was the focus of the Smart Cities panel discussion at the 2013 Metropolis Annual Meeting held in Johannesburg on 18 July 2013. Experts from South Africa, Brazil and Spain looked to find ways of bettering city services through the use of information and communication technology (ICT).

According to Gloria Nkadimeng, the group head of ICT at the City of Johannesburg, the council is already planning to roll out new broadband technology, which would provide citizens with a platform for innovation. “We would like to have an environment where we can engage our citizens.”

Nkadimeng said one of the main characteristics which make up smart cities is the blending of ICT with consumer and operational technologies, to bring government to the people. “In order to have connected cities, we can never leave the human factor out of it because it is people who will make it possible to have [smart cities].”

Speaking at the opening of the conference, Johannesburg mayor Parks Tau said the metropolitan and its citizens should engage in co-production, which would give citizens an opportunity to create goods and services from their own knowledge and will. This, said Nkadimeng, would also allow people to sell their products and therefore become part of the city’s economic growth. “This is how we see technology influencing change and enabling the citizens to create rather than sit and be welfare cases.”

She acknowledged that the city lacked human capital growth, a concept focusing on the use of citizens’ knowledge and creativity for economic development. However, the council is making efforts to increase this. “With the smart city idea, we are looking at people as assets to ensure we can derive human capital development.”

Though Nkadimeng’s department is studying developed metropolitans around the world for ways to improve Johannesburg’s smart city initiative, she noted that each city has its own demands and challenges. Solutions would, therefore, need to be tailored. “While we learn and adopt what we are seeing from other cities, we do have our own plans that are aligned to the needs of our community and to our growth and development strategy.”

But Nkadimeng does not have to travel abroad to learn how to run a smart city. “Even here in South Africa there are cities we can learn from.”

Johannesburg intends to increase co-operation between the three spheres of government, namely local, provincial and national, so that its smart city initiative can be boosted. “We should not lose value that other spheres of government are getting from international relations,” said Nkadimeng.

The national and provincial government is also trying to boost smart cities in Gauteng’s three major urban sprawls. At the event, Minister in the Presidency Trevor Manuel and Gauteng premier Nomvula Mokonyane announced the establishment of the Centre for Urban Innovation in Johannesburg.

The centre will promote knowledge of urban innovations in South Africa and around the world, and will support international exchanges and collaborations. This is in line with chapter eight of the National Development Plan, which focuses on the transformation of human settlements.

With regards to smart urban planning, the centre will seek ways of using technology to solve complex urban problems, developing infrastructure for new economies and creating learning networks for innovation.

Sascha Haselmayer, the general director of Living Labs, said one of the ways local governments can get their citizens involved in the running of a city is by implementing interactive software applications, or city apps, which encourage innovation.

First implemented by Washington, D.C. and New York, most major cities around the world now use city apps to reach their citizens. Haselmayer referred to Apps for Good as an example of a city app working to improve lives. Schoolchildren in the UK have been using the tool to develop applications that solve real issues in their communities. “There is currently a convergence of people tinkering and prototyping. All of this gains visibility now. It is important cities detect these things.”

Living Labs is focused on developing a global marketplace for innovations in cities. Its members come from a variety of industries, some of which are involved in community bond raising, street festivals and even one which has invented energy generating pavements. “In our network we have about 10 000 companies that innovate for cities. Most of them were people who woke up one morning and were sick and tired of being stuck in traffic or something similar, and therefore invented something to alleviate that,” said Haselmayer.

Despite this, Rodrigues believed more can be done by gathering technological expertise from civilians, especially from tech-savvy youth, which can be used to build smart cities. “We already have intelligence [in Brazil] but we just need to know how to use it. Government needs to drive the knowledge that is all over the place, especially coming from the young generation.”

Franklin Dias Coelho, Rio de Janeiro’s special secretary for science and technology, said his city is allowing communities to take possession of technologies. This is part of Rio’s effort to build a city that generates information.

Rio has already opened eight technological and pedagogical resource centres, which allows the public to interact and explore information and technology. The city council is looking to establish as many as 50 of these centres in the near future. Additionally, it is planning to implement a 300-kilometre network which integrates data and mobility, thus turning it into a digital city.