Despite receiving minimal attention from most governments across the world, the science and innovation sectors had the potential to solve numerous perennial problems.

Despite receiving minimal attention from most governments across the world, the science and innovation sectors had the potential to solve numerous perennial problems, such as water scarcity, Minister Naledi Pandor said at the opening of the inaugural Science Forum South Africa at the Council for Scientific and Industrial Research (CSIR) in Pretoria on 8 December 2015.

The forum took place on 8 and 9 December at the CSIR International Convention Centre.

“Africa cannot advance without investing in science,” she said, “(and) there are efforts to enhance the status of science and to increase investment in research development and innovation. Unfortunately, science is still at the margins of government attention – seen as less significant than water scarcity, food security and disease burdens. Yet, all of these can be addressed through science.”

The forum may not be a platform for resolutions or declarations, said Pandor, the minister of science and technology, but at the end of the event, “delegates should call on their respective governments and institutions to invest more into science and innovation in Africa”.

Over 500 delegates from more than 40 African countries, including government representatives, members of civil society and the private sector, as well science academics and students, gathered to discuss and debate the challenges faced by science and technology within the African context and in an ever-evolving technological landscape.

The event revolved around three pillar forums, “science talks” as described by the minister, a series of 18 lectures of 30 minutes each delivered by eminent thought leaders aimed at creating a dynamic and lively discussion environment enabling a vibrant exchange of ideas, fostering partnerships and co-operation.

These forums focused on topics relevant to the continent, such as science, technology and innovation policy-making in emerging economies, a look at the successes and future of the Square Kilometre Array (SKA) space telescope project, and finding high-tech health solutions for low-income countries.

The concurrent exhibition featured several exhibits by government science and technology departments and international technology and research organisations. Included were public outreach activities focusing on science education held at the Pretoria venue and in city centres around the country.

The South African Science Diplomacy Awards were part of the forum as a way – according to the vision of the event – to “celebrate partnerships that have made a significant contribution towards making the world a better place”.

Pandor said the summit would prove that Africa was seriously engaged in science and technology, and would also show the rest of the world that the continent was growing its capacity for research and innovation.

“Our key motivation is to foster public engagement (in) science and technology, to showcase science in South Africa and to provide a platform for building strong African and global partnerships. We have many more parallel sessions than originally planned; this is because we were overwhelmed by the very enthusiastic response from speakers and institutions,” she said.

“We are very pleased at the participation and presence of several international organisations and thank them for their support for the forum. Our primary rationale for this conference resides in our conviction that science, technology and innovation can and must play a central role in achieving sustainable development.”

We need to build enough capacity in #Africa; It must be #STEM, STEM, STEM, & girls, girls girls; & of course + boys pic.twitter.com/RcM2grfSf1

AU Commission chairperson Nkosazana Dlamini-Zuma delivered the forum’s keynote address and reiterated the call for improved investment in science and technology, saying it was “critical for Africa to wean itself from food imports, which cost the continent dearly”.

“Africa has 60% of the world’s unused arable land, which is unique, (but) scandalous that Africa (still needs to) import $80-billion (R1.2-trillion) worth of food every year,” Dlamini-Zuma said.

She added that science and technology research, and the practical application of that research, were all critical to improve agriculture, farming and processing practices and understanding things such as climate patterns and geology.

Dlamini-Zuma argued that young people should be at the centre of this drive for new innovation and inspiring new ways of industrialisation. This required better investment in science and technology education. “Young people are our biggest assets; not investing in them and their education is a big liability,” she said.

Can't get enough of the Science Forum? Watch how young women are changing the world #IOL @IOL #SFSA2015: https://t.co/8X8KZzF9Sp

Women, especially, needed to be the focus of the African science and innovation drive, Dlamini-Zuma said. “Women should be involved: not only because it is their right, but it is also an economic imperative. It makes sense that women should be involved. Companies that have women at their top echelons are more competitive than those that do not have,” said Dlamini-Zuma.

The only way Africa could effectively modernise and industrialise was by adding value to its natural and mineral resources, she concluded, adding: “All that needs science. Science can also be an effective job creator.” 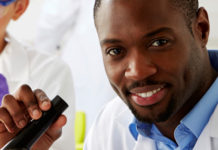 Science Forum to ignite conversations about science and society