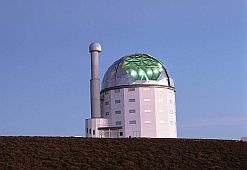 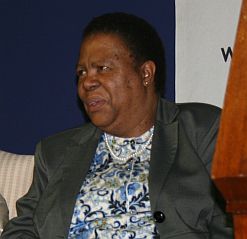 South Africa will soon have its own space agency to promote and coordinate space science and technology programmes in the country.

The long-awaited South African National Space Agency (Sansa) will be launched in Midrand, Johannesburg, on 9 December 2010.

Sansa’s National Space Strategy will be introduced at the same time to position South Africa among global leaders in space science and technology.

A parliamentary Act to establish Sansa was passed in December 2008, and since then the Department of Science and Technology has been working hard to make the body a reality.

“The South African National Space Agency will coordinate and integrate national space science and technology programmes and conduct long-term planning for the implementation of space-related activities in South Africa,” said the department’s spokesperson Lunga Ngqengelele in a statement.

The agency is expected to fast-track South Africa’s role in international space activities. The department said one of the main objectives of Sansa will be to encourage the peaceful use of outer space.

It’s also hoped that Sansa will make it easier for South African institutions to conduct their own astronomy research. The government wants the agency to boost cooperation on space-related projects between the country and the international community.

The Department of Science and Technology said international agreements will be signed at the launch, including an inter-agency cooperative agreement with the Algerian Space Agency on space science and technology.

A memorandum of understating will be signed between Sansa and the National Institute for Space Research of Brazil and the China Centre for Resources Satellite Data and Application.

A deal will also be clinched to enable the reception and distribution of China-Brazil Earth Resources Satellite (CBERS-3) data within South Africa and the Southern African region, said the department.

Sansa’s CEO and a board of between 10 and 15 members are expected to be announced at the launch. The executives will be appointed by the Minister of Science and Technology Naledi Pandor, as stipulated in the Act.

South Africa is already heading some notable space projects, including the Square Kilometre Array, the Southern African Large Telescope and SumbandilaSat. Sansa will become the umbrella body that will coordinate all these projects.

The agency will also integrate the country’s existing science and technology institutions, such as the Satellite Applications Centre run by the Council for Scientific and Industrial Research.

These institutions already “play a significant role in the scientific study, exploration and utilisation of space”, according to the Department of Science and Technology.

The French South African Institute of Technology, based at the Cape Peninsula University of Technology, is one of the leaders in developing space science and technology in the country.

There are about 74 companies that trade in the aerospace and defence sector in South Africa, according to the International Astronautical Federation.

The federation will hold its 62nd International Astronautical Congress in Cape Town in October 2011. This will be the first time such a congress is held in Africa.

“South Africa has some of the best space infrastructure in Africa,” reads a statement released by the department.

The country’s involvement in astronomy dates back to 1685, when a temporary observatory was established in the Western Cape. Later, a permanent observatory was set up in 1820 outside Cape Town.