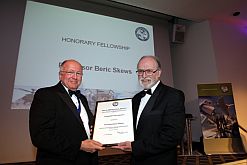 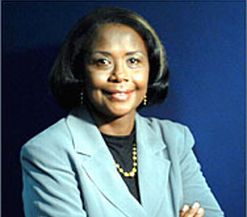 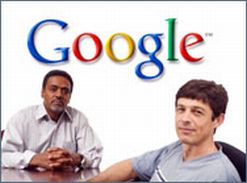 A number of South African academics have earned recognition from international organisations in recent months for their outstanding work in their respective fields.

Professor Beric Skews of Wits University’s engineering faculty has been awarded an honorary fellowship of the London-based Royal Aeronautical Society.

Leading tuberculosis researcher Dr Hulda Swai of South Africa’s Council for Scientific and Industrial Research (CSIR) has been elected to an international advisory committee of African professionals drawn from the fields of HIV/Aids, malaria and tuberculosis.

Then, two CSIR researchers were awarded research grants to the value of US$143 000 (R1.2-million) by Google Research.

Admittance to the Royal Aeronautical Society as an honorary fellow is a singular honour, and one that is regarded as the ultimate acknowledgement for aerospace engineering. The society has more than 19 600 members worldwide and of this number, only 47 hold honorary fellowships.

Skews’s achievement puts him in the same illustrious company as famous American test pilot Charles “Chuck” Yeager (admitted in 2006), Baroness Platt of Writtle, retired president of the Cambridge University Engineers Association (admitted in 1994), and Admiral Sir Raymond Lygo, member of the board of British Aerospace (admitted in 1989), among others.

The professor, who specialises in shock waves, gas and fluid dynamics and flow visualisation, is one of the most distinguished members of South Africa’s engineering community. In the 1960s he developed the aeronautical engineering course at Wits University, a qualification which is still the only internationally recognised formal degree offered in South Africa in this field.

He is currently the director of the Flow Research Unit at Wits University. His scientific papers, over 200 of them, have been written in collaboration with colleagues from all over the world, including Japan, Russia, Israel, China and Australia.

Skews is an esteemed researcher who earned the National Research Foundation’s highest accolade – an “A” research rating. This classes him as an international leading scholar who is unquestionably recognised by his peers for the consistently high quality and influence of his research. South Africa has fewer than 100 A-rated researchers.

He edits the scientific journals Shock Waves and the Journal of Engineering Physics and Thermophysics, and holds membership of a number of local and international organisations, including the International Shock Wave Institute.

Originally from Tanzania, Swai did her doctoral studies at the University of London. She is the only South African representative on the panel, made up of African scientists working to address the poverty-related diseases of malaria, HIV/Aids, and tuberculosis, and was elected in March 2009.

Swai’s expertise lies in the CSIR’s nanotechnology-based tuberculosis drug delivery research programme, and her extensive experience and expertise will be an asset to the advisory group.

The cutting-edge programme is currently in the pre-clinical trial phase, which involves in vivo and in vitro testing to gather initial data on efficacy, toxicity and the body’s interaction with the technology. Nanotechnology allows for a more finely targeted drug delivery and nano-particles, being smaller than human cells, can easily move around in the body.

The EDCTP was established in 2003 in order to help accelerate the development of new and improved drugs and other strategies against the triple scourges of malaria, tuberculosis and HIV, which affect sub-Saharan Africa more severely than anywhere else. The prevalence of the deadly, yet in many cases preventable, diseases not only causes untold deaths but also contributes to poverty and impedes economic development.

Every drug must first be tested extensively in clinical trials, and here the EDCTP’s focus is on phase two and three trials, where drugs in development are tested on larger groups of patients than in earlier phases. Phase two is the make-or-break stage for a drug in terms of efficacy and safety. If a drug or device passes this stage it progresses to phase three, which may involve up to 3 000 subjects and is considered the definitive assessment phase.

The coordinating committee facilitates the interaction between the numerous partners of the EDCTP such as governments and international organisations, on matters relating to clinical trials and vaccine development for the thousands of Africans who suffer from infectious diseases.

Their strategies include the promotion of programmes for clinical trials in African countries; the creation of an interactive African forum of relevant experts; gathering and sharing of advice between scientists; and liaising with national health authorities, the World Health Organisation, and others.

Professor Etienne Barnard, a scholar in the field of human language technologies, and Dr Fisseha Mekuria, an internationally renowned expert on wireless and mobile communication platforms and systems, have joined an elite group of researchers who can claim to have received Google research grants.

Barnard, currently based at North-West University, is developing a voice-based information access system that circumvents the problem posed by indigenous languages using tone to distinguish between words. Voice recognition systems, such as those available via telephone, can only accommodate tonal languages if a pronunciation dictionary is available, the development of which is the subject of Barnard’s project.

He plans to use his grant to give a full-time student the opportunity to assist him for two years on the project, and to travel with the student to the US where they will work with researchers there as well as attend conferences.

Mekuria, formerly professor of Wireless Communication Systems at Makerere University in Kampala, Uganda, relocated to South Africa in 2009 to join the CSIR. His area of expertise involves secure mobile computing platforms and systems in the context of information security.

Mekuria believes that one of the key factors in economic growth and job creation lies in the establishment of a viable industry providing local mobile content and services. His project addresses the fast-growing mobile sector on the African continent through a study programme for mobile computing and application developers.

Once ready for roll-out, the course will be offered at a number of African universities, starting with his alma mater. An associated network of researchers and universities will ensure the sustainability of the project.