Custos Media Technologies in Stellenbosch has devised new technology that could be the answer to online piracy of films, television and music. The system uses Bitcoin technology to track the distribution of pre-released products.

A common problem for stemming online piracy, pre-release copies of films, albums and series are distributed to media reviewers and other parties, some of which are then illegally uploaded to online torrent sites.

“Movie piracy has escalated dramatically over the past couple of years. It’s so easy now, your grandmother can do it,” GJ van Rooyen, Custos chief executive, told News24. It is creating an unsustainable business model for the media industry, with a shrinking group of paying consumers subsidising content for non-paying consumers.

In a world-first, Custos’ patented technology embeds a unique Bitcoin digital identifier (“wallet”) in each digital copy. The wallet file cannot be removed from the data, and it uniquely identifies each recipient of each copy.

If files with this Bitcoin watermark are uploaded, law enforcement agencies and piracy bounty hunters are able to find and use the unique code to track the original uploader/recipient via Bitcoin’s global register, known as a blockchain. The identifier can still be discovered even in the dark web, where the digital footprint of information is often erased or hidden.

Van Rooyen says the new technology is extremely cost-effective, making it a viable option for both big budget Hollywood media companies and smaller, more independent media distributors, including e-book publishers, which have seen a rise in leaked and illegally downloaded products over the last two years that has dramatically affected the industry’s bottom line.

The idea is gaining international attention as a practical answer to the piracy problem.

Custos has recently received a funding boost, raising almost R4-million from the American company, Digital Currency Group (DCG). “DCG put us into a network that otherwise we would have had a lot of difficulty getting into,” Van Rooyen says of the deal. “They invest in all of the big Bitcoin related successes (including). more experimental and interesting blockchain companies.”

While internationally there has been a big focus by law enforcement on the downloaders of illegal content, Van Rooyen says the Custos solution is looking at the source of the content, the leaks within the industry. Illegal downloading has become such a huge and uncontrollable cultural global norm, he explains, it is more effective to curb the flow of content at the start of the chain.

In a South African context, the technology holds much potential for smaller independent media companies and distributors that are looking to protect their investments. The ability to protect local content – music, film and television – and make sure the creators get their financial due is one of Custos technology’s biggest selling points.

“Piracy has been rampant in South Africa and we’ve seen the stats,” Van Rooyen says, but with the right technology protecting the products and creating more viable distribution channels for content in general, he thinks customers will play their part in curbing piracy and illegal downloading.

“With Netflix, ShowMax (and other streaming services offering willing customers a cost-effective and legal way to access content), we will probably see a drop in downloading numbers.”

Meanwhile, Custos and its technology will continue to help stem the wave of illegal content at its source. 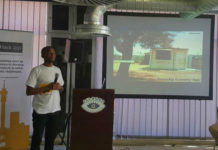