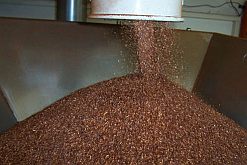 The wonder plant rooibos can be used
in a multitude of ways.
(Image: SA Rooibos Council) 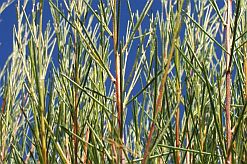 Rooibos tea is made from the bush’s
needle-like leaves.
(Image: SA Rooibos Council)

The first yoghurt ever to be made with rooibos extract has received the green light from the Cancer Association of South Africa (Cansa).

The organisation’s Smart Choice emblem identifies the yoghurt as a key element in a healthy, cancer-preventing lifestyle.

Dairy farming company Fair Cape’s line of Free Range rooibos (Afrikaans, meaning red bush) yoghurts are the first to earn the Cansa Smart Choice logo, indicating their proven health benefits. Yoghurt and rooibos are both recognised as important health foods in their own right, and the combination of the two takes their benefits to a new level.

The Smart Choice logo is not awarded to just any product. Candidates have to comply with a stringent set of criteria, such as the percentage of fat, sugar or fibre.

In addition, the Free Range line is supplied in transparent tubs made of recyclable plastic.

This damage is thought to signal the potential onset of cancer and is caused by prolonged exposure to a mutagen such as cigarette smoke, sunlight, or carcinogenic chemical such as hydrogen peroxide or benzene.

Cansa’s head of research Carl Albrecht concurred with her findings. He said that eight years of research and an investment of US$130 000 (R1.2-million) has convinced the organisation that rooibos is indeed a potent source of cancer-preventing chemicals.

“Glutathione, in the reduced state, is the body’s own antioxidant,” said Albrecht, “but it decreases over time as we age and due to other factors, including smoking. Glutathione is linked to lower heart attack and cancer risk and also counteracts ageing.”

Albrecht explained that Cansa’s research proved that rooibos raises the ratio of reduced to oxidised glutathione in the body by 100%, with the intake of six cups of tea a day. In healthy cells, over 90% of glutathione is found in the reduced form, and less than 10% is oxidised. An increased level of oxidised glutathione is an indicator that toxic substances are harming the cells.

“We are indeed fortunate that rooibos is an indigenous South African tea which is affordable and easily accessible to the public at large,” he added.

The milk used by Fair Cape to produce Free Range yoghurt is completely natural and free from synthetic hormones or additives, as some additives have been linked to cancer. The preservative is also natural and is not absorbed into the blood.

Each serving of rooibos yoghurt contains rooibos extract equivalent to one cup of tea, and this extract is also 100% natural.

Furthermore, the level of probiotic bacteria – a dietary supplement of beneficial live microorganisms – in this yoghurt product is particularly high. Research into probiotics suggests that they, too, can help lower the risk of cancer, especially cancer of the lower intestine, by deactivating certain intestinal compounds that may damage DNA.

Rooibos is a woody shrub and member of the legume family. It is grown only in the Cederberg region of the Western Cape, where the summers are hot and dry, the winters wet, and the soil suitably sandy.

The plant’s leaves have been used medicinally for hundreds of years, initially by the indigenous Khoi people. Its low tannin and zero caffeine content have made it popular as a contemporary health drink in South Africa for many years.

A fresh way to enjoy rooibos is in the form of red espresso, which is concentrated rooibos put through an espresso machine and served in the style of the popular coffee beverage. The new drink won the Global Food Award for innovation at the first-ever awards ceremony of the International Union of Food Science and Technology, held at the end of 2008 in Shanghai, China.

Iced rooibos tea is a firm favourite with parched South Africans, especially during the heat of summer, and it may also be used in a host of other ways in cooking.

Not only does rooibos contain significant amounts of antioxidants, but it also contributes to the recommended daily allowance of calcium, manganese and fluoride.

A daily helping of rooibos can help to lower cholesterol, soothe colic-stricken babies, alleviate nervous tension and problems with allergies and digestion, enhance the function of the liver, boost metabolism, and improve the skin.