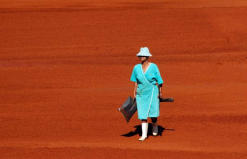 Rooibos tea is available in the usual amber, or oxidised variety, as well as the green or unoxidised form.
(Image: MediaClubSouthAfrica.com. For more free images, visit the image library) 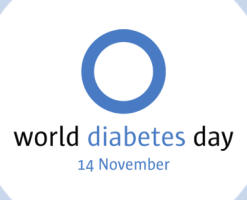 The annual World Diabetes Day aims to raise awareness of the condition and what can be done to treat and prevent it.
(Image: International Diabetes Foundation)

World Diabetes Day, held annually in November, aims to raise global awareness of the disease and what can be done, in many cases, to prevent it. A team of South African researchers has released results of a promising study that involves the beneficial effect of rooibos on blood sugar levels.

The rooibos plant (Aspalathus linearis), a member of the legume family and indigenous to South Africa, is known for its health-boosting properties. Rooibos is usually made into a tea – or more correctly, a tisane, as it is a non-caffeinated beverage – that has various healthful effects ranging from antioxidant properties to a calming effect and a good night’s sleep.

Scientific studies with animals and to a lesser degree, with humans, have shown that rooibos can also restore immune function and generally improve the immune system. In a UK study, rare poison dart frogs that were reared from tadpoles in a rooibos-infused liquid became resistant to fungal infection. This is because the antioxidants in rooibos have anti-fungal properties as well, according to the frog research team.

Now new evidence has emerged that rooibos can combat diabetes in rats and, with more research, possibly humans. Results of the study were published on 19 October in the online version of Phytomedicine journal, under the title Acute assessment of an aspalathin-enriched green rooibos extract with hypoglycemic potential.

The study was a joint effort between the Diabetes Discovery Platform from South Africa’s Medical Research Council (MRC) and the Agricultural Research Council’s (ARC) Infruitec-Nietvoorbij Institute, with the help of the National Research Foundation.

“Although we have started off with small animals,” says team leader Dr Johan Louw of the MRC, “the next step is to take our research to human patients – provided we can secure funding.”

Louw explains that, as the research models are designed to simulate what is seen in humans, he is confident that the team will be able to duplicate the rat results. He clarifies that people with diabetes type one, which is controlled with insulin, won’t see a benefit but that type two patients, who control their condition largely through diet, will.

“Our focus as scientists is the promotion of healthy lifestyles and a healthier population, not just in South Africa but all over the world – so don’t hesitate to drink that cup of rooibos as part of a good diet,” he says. “Obviously you can’t do anything about your age or your family history, but there are certain factors that you have control over, such as your eating habits or your level of activity.”

World Diabetes Day is an initiative of the International Diabetes Federation and the World Health Organisation. The date, 14 November, celebrates the birthday of Canadian Nobel laureate Frederick Banting, who is credited with the life-saving discovery of insulin, along with his colleague Charles Best.

The diabetes study was carried out with extracts of green rooibos, prepared by Prof Lizette Joubert of the ARC and analysed by the MRC. Green rooibos is the unoxidised version of the amber-coloured tea available widely in South African shops and increasingly around the world.

“Rooibos has many compounds, which have different effects at different concentrations, but the two we are interested in for this study are aspalathin, which is found exclusively in rooibos, and rutin,” says Louw. “The extracts were enriched with the two compounds. On its own, rutin has no effect while aspalathin has a slight effect, but when they are combined the results are remarkable.”

The South African Rooibos Council reports that green rooibos has higher levels of antioxidants – one of which is aspalathin – than normal rooibos, but that both are proven to be beneficial.

Monitored over a period of six hours, the two test compounds together succeeded in lowering the blood glucose level of the rats. In humans this could have the same effect as drugs that are currently available.

“We are the first in the world to show this effect from rooibos extract,” said Louw.” Rooibos has no side effects for most people and drinking it can only have a positive effect.”

For the millions of South Africans who have the condition, this is good news.

The Rooibos Council is involved with several MRC projects as a funder. They include the impact of rooibos on weight loss; the role of rooibos in preventing tissue damage during exercise; the influence of rooibos on the biosynthesis of cortisol, known as the stress hormone; and an investigation into the cancer prevention properties of the plant.

The two organisational founders of World Diabetes Day have set the theme for the annual event as Diabetes education and prevention for five consecutive years, from 2009 to 2013.

Diabetes will affect 439-million people around the world by 2030, according to the World Health Organisation. Currently some 6.5-million South Africans have diabetes, although experts feel that number may be under-reported.

The disease develops when the body does not produce enough insulin, a hormone that enables cells to absorb glucose from the blood and convert it into energy.

Insulin is produced in the pancreas, and diabetes arises when production is halted or is slowed, or the body becomes resistant to the insulin that is produced. The condition falls into two main categories – types one and two – although there are other smaller categories such as gestational diabetes which can sometimes occur during pregnancy.

Diabetes type one is a result of non- or under-production of insulin, while type two occurs when the body becomes resistant to the hormone. The first type can only be treated with insulin administration while the second can be managed through diet and exercise, and with extra medication when necessary.

Symptoms include weight loss, thirst, frequent urination and fatigue coupled with blurry vision, numbness or tingling in hands and feet, recurring infections of the skin, mouth and bladder, and wounds that are slow to heal.

Testing can be done on blood or urine samples at a clinic, doctor or pharmacy. However, healthy living can prevent a multitude of conditions, such as high cholesterol and blood pressure, obesity, and diabetes type two.

In South Africa there are various events to mark World Diabetes Day, although they may not happen on the actual day. In Alexandra township, east of Johannesburg, people will come together at the Alexandra Stadium on 17 November for a fun run, educational activities, talks by experts, and tests.

On 14 November 2011 Johannesburg’s Nelson Mandela Bridge, which is illuminated with colour-changing LEDs, lit up in blue as a mark of solidarity and support for those who wrestle with diabetes. 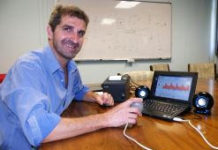