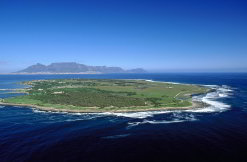 The South African National Energy Research Institute (Saneri) and the Department of Energy (DoE) have launched a pilot project aimed at turning Robben Island into a self-sufficient community that runs on green energy.

By using a hybrid approach to power generation, the Greening of Robben Island project will reduce the demand on the island’s infrastructures and its dependence on fossil fuels.

In 1999 Robben Island was inscribed on Unesco’s list of world heritage sites. As such it holds distinct historical meaning for South Africa and is a popular tourist destination.

Initially it served as a training and defence station during the Second World War. Later it was a place of quarantine for those suffering from leprosy, and in 1961 it became a penal colony for political prisoners.

Now it is to become the model for self-sustaining communities in South Africa and the Southern African region.

In Saneri’s 2009/10 annual report, the organisation’s CEO Kadri Nassiep described the Greening of Robben Island as a flagship project for Saneri, and one that is expected to thrust the island into a position of energy leadership for other South African communities, especially those which have limited or no access to the national grid.

Nassiep hopes to be able to reveal some of the technology in time for the 2013 meeting of the UN Framework Convention on Climate Change in Cape Town.

The Robben Island team is investigating the development of micro-hydroelectric, biomass, wind, solar and possibly wave technologies, with a view to rolling them out in other parts of the country where appropriate. The team hopes to begin infrastructure installation during 2011, although the time frame is dependent on funding.

Despite an earlier political hiccup which resulted in temporary suspension of the project, it is now going ahead, according to senior manager Derek Batte of the DoE.

The project is expected to produce about 600KW from its various energy sources, which will replace the two diesel generators that currently power the island, resulting in an expected monthly saving of around R450 000 (US$64 500).

A smart grid, currently in development at the University of Cape Town, will coordinate energy generation from the various sources and manage its distribution. All houses and buildings are to be fitted with energy efficiency technology, including solar water heating.

The notorious Western Cape wind will be harnessed not by conventional wind turbines, but by vortex turbines, which, according to an October 2010 Financial Mail report, are smaller, less intrusive and operate without masts and rotors.

Hydropower is used for desalination and for the production of energy. Micro-hydropower installations are capable of providing power to a small community and are found around the world. They provide an economical resource without the need to buy fuel and in many instances, complement photovoltaic systems when solar energy is diminished.

The clearing of alien vegetation, bush encroachment and certain grasses, as well as household waste, will provide the biomass which in turn will power biogas generation. This takes place in an anaerobic digester and produces a combination of methane and carbon dioxide, which can then be used for heating and cooking, as a fuel source, or to drive an energy-generating turbine.

Projects such as these are undertaken in many parts of the world and on different scales. According to Batte, South Africa can play a major role in this development space.

A virtual model of the island is available on the Robben Island Museum website and those interested will be able to follow the project’s progress online from April 2011. The website will also provide real-time energy generation figures.

The Robben Island project falls under the Working for Energy programme, presented by former finance minister Trevor Manuel in his 2008/9 budget vote.

This is a joint project involving the DoE and Saneri, a body established in 2004 under the guidance of the Department of Science and Technology and the Department of Energy. Saneri is a subsidiary of the parastatal Central Energy Fund.

Starting with a modest budget of R5-million ($717 000) in 2009/10, Working for Energy was developed to use and distribute potential hybrid, renewable and alternative energy technologies in an effort to cut down on fossil fuels, generate more power for South African communities, and reduce associated costs.

The project’s budget for 2011/12 is a more substantial R25-million ($3.6-million) and signifies the government’s commitment to developing South Africa’s clean energy industry.

It mirrors the successful job creation concept of other environmental initiatives such as Working for Water, Working for Wetlands and Working for Fire. Job creation is sustained through use of labour-intensive practices, helping to boost skills transfer and develop local economies and capacity.