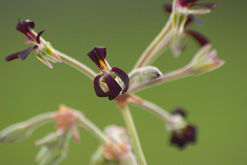 The flower of Pelargonium sidoides is
pretty, but so small the plant is quite
insignificant in the wild. 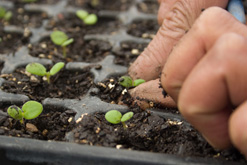 Planting out the seedlings is a laborious
and time-consuming process. 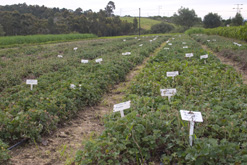 Low-growing Pelargonium sidoides plants
under cultivation in the field. 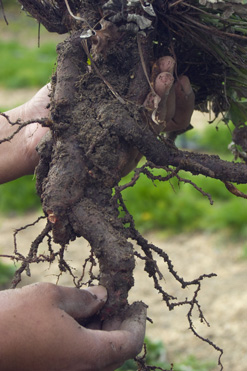 The fleshy tuber is the economically
important part of the plant.

South Africa is known for its rich diversity of plant life – the Cape Floral Region, for example, is a Unesco World Heritage site, taking up only 0.04% of the world’s land area, yet containing an astonishing 3% percent of its plant species.

Among this wealth of plants are many with unique curative properties, used in a range of alternative medicines. One of these is Pelargonium sidoides, which has been used in remedies for respiratory ailments for over 100 years – perhaps longer.

Today this flowering plant is cultivated on a farm near Cape Town to supply international pharmaceutical companies with raw material. But the story of its introduction to the western world goes back to the 19th century.

In 1897 Henry Charles Stevens, a 19-year-old consumptive from Birmingham, came to South Africa in the hope that the fresh air and sunshine would alleviate his tuberculosis (TB). The air and climate did help, but what made the real difference was a visit to a sangoma, or traditional healer, high up in the mountainous kingdom of Lesotho. (Or possibly Zululand – the records are sketchy, and there are conflicting stories.)

Wherever he or she was found, the healer fed a concoction of bright red roots to Stevens, who immediately felt much better. So much better that, on his return to England, his doctor declared him free of TB.

Rejoicing in his escape from the grim reaper – and seeing a lucrative opportunity – Stevens imported the raw ingredients of the medicine from South Africa and began to produce a remedy called Stevens Consumption Cure. While there was some anecdotal evidence of successful treatments, the British Medical Association all but drummed him out of town, and he spent a fortune on legal actions.

But word of the cure got out, and soon a Dr Adrien Sechehaye of Geneva acquired a supply from Stevens, and tentatively started to use it. After his first patient recovered well he went on to prescribe the remedy to about 800 TB sufferers between 1920 and 1929. The best part was that his results were – by the standards of the day – particularly well documented, and included 64 detailed case studies.

In fact, a 21st-century analysis of his records indicates better remission rates than those obtained in today’s South Africa using WHO-approved antibiotic regimens.

Stevens Consumption Cure, which also went by the strange name of Umckaloabo, continued to be produced in Europe, with a break during the Second World War when it was difficult to obtain the raw materials from South Africa. The origins of the name are unknown. It’s likely that Stevens simply dreamed up “Umckaloabo” as sounding both African and esoteric, and sufficiently obscure to conceal the source and main ingredient of the remedy – ensuring his continued monopoly.

Only in the 1970s was that main ingredient identified: a decoction of the roots of Pelargonium sidoides, a small and unobtrusive little shrubby plant that grows in the cold, dry and stony areas of South Africa.

In the 1990s German natural-medicine company Schwabe acquired the rights to manufacture Umckaloabo when it bought a small company called ISO Arzneimittel. It was an unimportant part of the portfolio and, while it seemed interesting and obviously had some potential, was not a priority because the supply of raw materials was potentially erratic.

Umckaloabo production relied on plants harvested from the wild in the mountains of Lesotho. While sustainable, the yield was small and variable. To properly develop a market for the remedy Schwabe had to guarantee sufficient volumes to make it profitable.

Then in 1995 Ulrich Feiter, a German-born horticulturist living in South Africa, visited Schwabe hoping to sell the herbal extracts he manufactured from plants cultivated on his farm in Wellington, near Cape Town. The company wasn’t interest in his product, but did ask if he could, instead, propagate the rather useful pelargonium.

He agreed, thinking it would be easy. Pelargonium is a close relative of the red geranium, the ubiquitous flowering plant found edging neat lawns in suburban gardens and growing in window boxes to brighten up the drab exteriors of apartment blocks of cities across the world. Germaniums grow with little trouble, so Feiter assumed pelargoniums would too.

Assured that the farmer would supply them with the necessary raw materials, Schwabe invested €30 million into clinical trials, patents and registration to ensure Umckaloabo complied with regulations in Germany and other potential markets.

Feiter returned to South Africa with a two-fold mission – to supply Schwabe with plants harvested from the wild, and to start growing them on his farm in Wellington.

The problem of harvesting from the wild is that it threatens the plant’s survival – harvest too much, and it may go extinct. Luckily, pelargonium has some built-in constraints.

The root of P sidoides starts off a pale pink and, as the plant matures, turns deep red. As it is only at this stage that it has any commercial value, there’s no incentive to harvest immature plants.

Also, the part of the root that is harvested is a tuber and, when it is pulled up with the rest of the plant, a number of side roots break off, allowing it to grow back.

And because P sidoides does not have any specific growing season and lies dormant most of the time, less than half the plants in any one community would be harvested in any one collecting trip. When the yield from a particular area gets low, it is time to leave it for a few years to recover.

But the problem was the low yields of wild harvesting, making commercial growing essential. But Feiter soon discovered that pelargoniums are not geraniums – they are far more difficult to grow.

While the plants are related, geraniums are soft and domestic, and pelargoniums more suited to the wild. Think dogs and wolves.

Geraniums flourish under the loving (or even neglectful) care of people, happy to be confined to a pretty pot. Pelargoniums in general, and P sidoides in particular, need wide open spaces. They like to live on the edge – in the cold, dry, rocky areas of southern Africa where they lie semi-dormant for a year or two if conditions are bad and then, with a little rain, flourish briefly.

Feiter found it was not a simple matter of taking a few cuttings and planting out rows and rows of pretty little flowers. Unlike the easily domesticated geraniums and some more amenable species of pelargonium, P sidoides has almost no stem, so it can’t be grown from stem cuttings.

So in 1996, when Feiter planted out his first hectare of plants, he did so from root stock. This is not an economically sustainable method of propagation because it destroys the only part of the plant with commercial value. But this gave him his first plantings, from which he proceeded to collect seeds. He now propagates almost exclusively from seedlings that he grows in his nursery.

Feiter has one hectare under cultivation in Wellington, mainly for research and seed purposes, and some 20 hectares in the Free State, which were planted in 2003 and should soon be ready for the first harvest. He also supports a cultivation project in the Eastern Cape near Alice, working with the community that previously harvested in the wild.

In 2007 he was instrumental in starting the Pelargonium Working Group, set up to further the preservation, harvesting, propagation and utilisation of the plant. Members include South Africa’s Council for Scientific and Industrial Research, the Eastern Cape Development Corporation, and Traffic, the execution organ of the Convention on International Trade in Endangered Species, or Cites.

Schwabe buys about 98% of Feiter’s output, and the farmer uses the rest in his Wellington factory to manufacture a cough remedy called Linctagon, which is sufficiently different to Umckaloabo to be exempt from Schwabe’s patents. So while most of the root is being exported, there is also an affordable locally manufactured product.

Both Umckaloabo and Linctagon are currently used for general chest and respiratory complaints and coughs, but there is a possibility that their key ingredient may be revived as a cure for TB, particularly after the rise of drug-resistant strains of the disease.

This makes the rather scrubby little plant is yet another lesson in the importance of preserving biodiversity. You never know what magic may be found in those pretty little flowers growing in the mountains.

‘African solution to an African problem’ 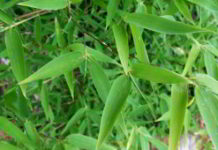 Bamboo shoots up in Eastern Cape 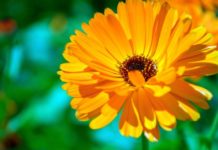 The healing power of African plants