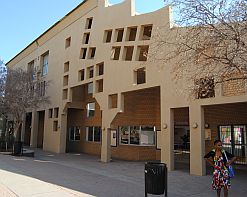 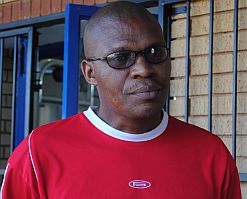 A new science centre that recently opened at the North West University’s (NWU) Mafikeng campus is meant to benefit the community as much as it does the institution’s students.

NWU’s Mafikeng campus is located in Mmabatho unit 6, a middle-class community surrounded by many townships and villages.

NWU is aiming to attract primary and high school learners, their teachers and the general community. According to the institution, some of the advantages for communities include access to NWU’s infrastructure and specialist information on science and technology, and advice on career opportunities in the discipline of science.

Minister of Science and Technology Naledi Pandor officially opened the centre on 30 August. It’s equipped with new science, engineering and technology instrumentation funded by the department to the tune of R500 000 (US$67 000).

Learners from the province are welcome to use the centre for their science projects. “It’s more to promote science in disadvantaged communities,” Kgwadi said. “We hope that interest will be inculcated in the young ones to pursue careers in science.”

The centre is expected to host about 75 000 learners each year.

Every community member is welcome in the centre, said Kgwadi. “Parents can also bring their children to visit the centre – by so doing they promote interest in science.”

To raise awareness, the university is organising trips to the centre for learners from surrounding areas. Kgwadi said they are currently making arrangements with a local chief to bus in learners from his village. Four other villages will also visit soon.

The North West Department of Education is planning to bring in about 300 learners, a visit that should have already happened but has been disrupted by the ongoing public teachers’ strike.

Previously the university used to host science weeks. However, the advantage now is that learners in the province will be exposed to the field of study permanently, Kgwadi noted. “This centre ensures that we do not just host a week of science, but that people can come at any time to find out more.”

During the centre’s opening ceremony Pandor said funding science centres like that of NWU is another way of enticing young South Africans to discover science.

“In fact, we believe science centres have a crucial role to play in strengthening grassroots science awareness campaigns,” she said. “This is particularly important for provinces such as the Northern Cape and Mpumalanga. They do not have the benefit of housing some of our country’s leading universities and research facilities, unlike Gauteng and the Western Cape, for example.”