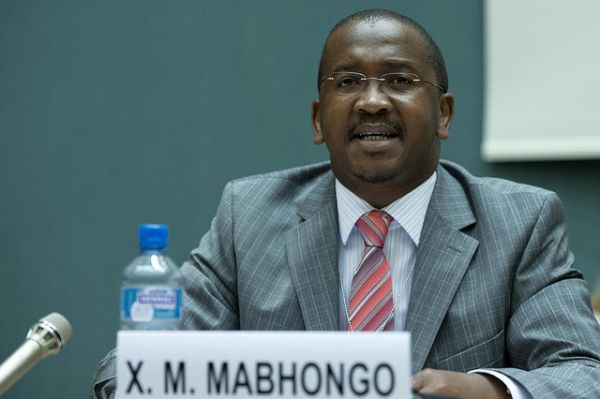 • Khi Solar One: renewable energy for the ages
• Electrify Africa: bringing light to the dark continent
• Joburg to produce its own electricity from landfill
• Green buildings sprouting in South Africa
• Portable plant makes fuel from waste

South Africa has allowed its spare power generating capacity to fall to its lowest level. Despite emergency measures the country has still had to deal with blackouts. It is difficult to imagine a bigger shambles.

Work on building load generating capacity that should have begun a long time ago, is only now beginning. But, the groundwork has begun on a nuclear build programme that will cost between R300-billion and a trillion rand.

“When we sit down with vendors finance options are among the questions we ask,” Xolisa Mabhongo explains. The Corporate Services Group Executive of the Nuclear Energy Corporation of South Africa (Necsa) sits straight-backed in a chair in his office at the Pelindaba Nuclear Research Centre, close to Hartbeespoort. “From where I am sitting we cannot afford to not look at all the options available to us.”

Mabhongo launches into a list of different funding models that South Africa could consider to fund its nuclear build, just one aspect of the country’s energy plan. The newest plant in Finland is being funded by that country’s biggest private sector energy users. Not only are their energy needs met but they earn revenue from energy they feed into the national grid.

A Russian built plant in Turkey will be owner-operated for the first 20 years of the plant’s life before ownership is transferred to the Turkish government. The French power utility is funding its new build programme using its own cash reserves. “It’s as if Eskom were so rich it could take the money out of its own pocket and build a nuclear plant.

“We need to spend the money; it’s a matter of which [finance] options we choose. Nuclear power plants are expensive to build but they are the cheapest to run,” Mabhongo concedes before explaining that Koeberg produces the cheapest electricity in South Africa.

The government’s Integrated Energy Plan foresees 43% of the country’s future energy needs being met by renewable sources. Nuclear will produce just 23% of its future energy needs. “Nuclear is not in competition with renewables. The issue is that renewable plants have a very limited lifespan. You have to recapitalise them every 20 years; with nuclear its lifespan is 60 years. To maintain coal plants are costly; the opposite is true of nuclear. At the end of the day, we need the electricity for our economy to grow.”

Beyond securing a reliable power supply, the planned nuclear programme is about revitalising the country’s nuclear industry. At the end of the project, the government expects the country will be producing enough power to be able to export it without putting a strain on domestic need. There are also ancillary industries that will come out of the build, including a new South African nuclear industry able to export technology into Africa.

Mabhongo points to the success of the nuclear industry in South Korea. It took that country 40 years to build a nuclear industry from scratch, at first using imported technology. Now it is an exporter of Korean-produced nuclear technology. This is the future Mabhongo sees for the industry in South Africa. “We have mastered the nuclear cycle. Now we need to move on to become a country that designs, licences and exports nuclear power plants.”

For now South Africa is busy identifying vendors. Media reports that the government had signed contracts with Russia are a misunderstanding of the process the country is following. “Understand it as a simple tender. Companies know they will either win or lose so they tender for different contracts. We are dealing with vendors who are currently building around the world – in the United Arab Emirates, in Finland, in France and Argentina. Across the world new nuclear builds are sensitive; perhaps we have not explained the process adequately in our conversations with South Africa.”

This is international best practice, Mabhongo explains, a process designed to allow technology companies to share sensitive information while South Africa gets the all the data it needs to make the right choice for the South African environment. “The next stage is the South African team reporting back on what they have heard to the energy security subcommittee of parliament. Based on these reports the cabinet will decide on the technology to be acquired and set the time frames for the process. The intergovernmental agreements do not mean that we have committed ourselves to anything.”

South Africa’s Integrated Resources Plan for 2010 to 2030, a 20-year projection on electricity supply and demand, envisages 9 600 megawatts (MW) of additional nuclear capacity by 2030. This plan follows on from a 2006 plan that was shelved for, among other reasons, the global economic meltdown in 2008.

South Africa has experience with mega projects, Mabhongo reminds us. Some have seen delays and cost overruns, but he does not foresee the same happening now. He expects that the government will, with support from the private sector, be able to deliver power from a new reactor by the 2023 target date. “There have been delays and cost overruns, but these have been factored into the planning. Of course we don’t want these factors to stop progress. Even the third generation reactors we are looking at are designed and built in such a way that costs and delays are minimised.”

Mabhongo stresses another factor that remains at the top of government thinking. “We want the economic benefits of the new build to accrue to South African entities. We want to create jobs in South Africa, and we want more skills coming out of the new build.”

The first new nuclear plant may not meet the government expectation of 80% local content and skills, but that is simply a result of the innovation being brought to our shores. Once the programme is running, localisation targets will be set and must be met.

“This project is first and foremost about localising as much as possible and we stand on a strong foundation because we have built the capacity. We have world-class construction companies, engineers, technicians and artisans. Maybe we don’t have enough for the new build but we have experience.”

There will be other positive spin-offs that will accrue from nuclear: businesses that manufacture components for South Africa’s revitalised nuclear industry. Engineering services and consultants working across the three or four possible sites will be needed for years to come.

As Mabhongo points out: “These are some of the spin-offs from the South African nuclear industry. People need to understand that we are not a scary industry; we are in your everyday world.”