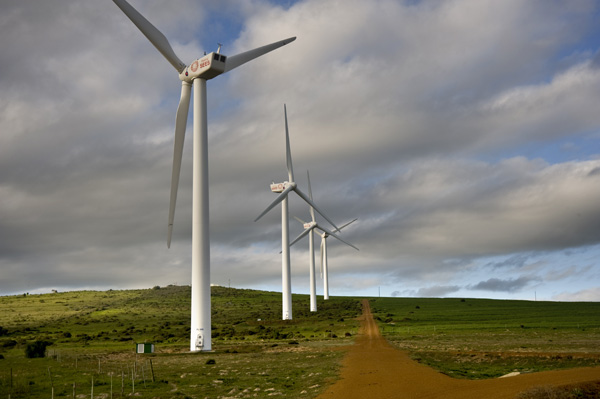 The air in Apapa, an industrial hub in Nigeria’s bustling commercial capital of Lagos, hums with the sound of diesel generators powering massive factories. In Apapa, as in most places in Nigeria, a failing national power supply means generators are a part of life.

Nigerians derisively refer to the Power Holding Company of Nigeria (PHCN), the utility responsible for electricity production and distribution, as “Please Have Candles Nearby.” Despite national efforts to tackle the power problem, half of Nigeria’s people have no access to electricity. Before PHCN there was the National Electric Power Authority (NEPA), which performed so badly it too had a nickname: “Never Expect Power Always”.

But Nigeria needn’t be in a precarious power situation, says Kandeh Yumkella, the chief executive of the UN’s Sustainable Energy for All initiative. The country has 5-trillion cubic metres of gas reserves – the ninth highest in the world – and 37-billion barrels of oil reserves, according to the Organisation of Petroleum Exporting Countries. Yumkella says Nigeria is so energy-rich it alone could provide electricity for the whole of Africa. In addition to oil and gas, the country has coal, wind, thermal and sun.

Liberia’s power situation is like that of Nigeria. Rebel fighters destroyed Liberia’s energy infrastructure in 1990. Electricity was only partially restored in 2006, when US and EU aid allowed the country to build a plant to power its streetlights and major hospitals.

When grid power fails, alternatives such as diesel generation are at least four times more costly, according to the Guardian newspaper. African industry can’t compete internationally if energy is a big chunk of production costs, says Yumkella. “It means somebody can buy your raw materials, take them to Asia or Europe, refine them and sell back processed goods to you.”

According to the World Bank, reliable energy isn’t only essential to industrialisation. It also helps to reduce poverty. With a steady flow of power, hospitals operate efficiently, people cook with gas instead of the pollutants wood and coal, students can plug into global information trends on the internet, railways run efficiently, water supply is more reliable, bureaucracy works better – virtually everything needed for socioeconomic development requires energy.

Together, the 48 countries in sub-Saharan Africa generate the same amount of electricity – 68 000 megawatts – as a single European country, Spain, according to the World Bank. Of that amount, South Africa alone generates more than 44 000 megawatts. So without South Africa, sub-Saharan Africa’s electricity output is 24 000 megawatts, far less than the 40 000 megawatts available in New York City. To compound matters, “the low level of power generation is accompanied by correspondingly low rates of electrification,” says the World Bank. Less than a quarter of the population of sub-Saharan Africa is physically connected, via transmission lines, to the continent’s power sources. As Yumkella says: “Africa is the world’s most energy-insecure continent.”

But there is no shortage of energy resources in Africa. More than 90% of the continent’s hydropower, according to the bank, remains unexploited. Nigeria has oil and gas and South Africa has coal. Sudan has 6.4-billion barrels of gas reserves, Angola has 9-billion, and there are smaller deposits in a few other countries. What, then, is the problem? Yumkella explains: “In the past we have not considered energy as part of poverty reduction.” For a long time, he says, African states monopolised and mismanaged the energy sector. Emergency interventions in energy supply, such as in Liberia – and in neighbouring Sierra Leone – have been more impulsive than based on sound economics. Such an emergency approach “represents a planning and procurement failure on a colossal scale,” the World Bank says. As a result, the cost of building and running power plants in these countries could rise up to 5% of GDP.

There is currently a sense of urgency about energy on the continent. And Africa can leapfrog obsolete technologies and focus on renewable, low-carbon alternatives. The goal, Yumkella says, is to concentrate on renewable low-carbon sources such as wind, solar and geothermal. But for now, “it’s all energy sources … we can be like Brazil. They have proven technology on ethanol. They have just discovered huge deposits of oil off their coast. Still, they are pushing renewables heavily.”

There are huge unexploited energy resources, but some are in countries far from centres of demand. The Democratic Republic of the Congo and Ethiopia have massive hydroelectric potential but are “far from the main economic centres in southern, western and northern Africa,” according to the World Bank. And these countries’ economies are not robust enough to invest billions of dollars in hydroelectricity just for their own consumption. “Some African countries have water, Guinea, for example. Some have gas [Nigeria and Angola]”, says Yumkella. “There is a need to transmit from high production areas to places where they don’t have it but the demand is high.”

To solve this problem, African leaders are pushing for an integrated regional power strategy in which countries with better economics of scale in energy resources invest in the sector and then sell to others. Countries spending huge amounts to buy diesel oil or fuel for power plants are better off negotiating with their neighbours for hydropower. Along this line, the Programme for the Infrastructure Development of Africa, an African Union initiative, is backing a $22-billion project to develop a pan-African electricity highway by 2020. 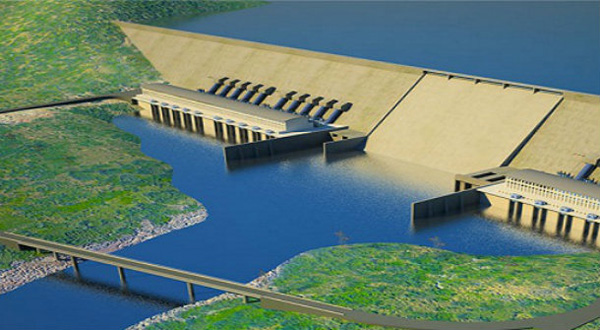 Ethiopia wants to be an energy superpower and is crafting a 25-year master plan to generate 60 000 megawatts from hydro, geothermal, wind and solar. That’s almost what all of sub-Saharan Africa currently generates. The country is building the Grand Ethiopian Renaissance Dam, the biggest ever on the continent which, once complete within the next three years, could produce 6 000 megawatts. In addition, a US-Icelandic company, Reykjavik Geothermal, is set to build a $4-billion geothermal plant that will generate 1 000 megawatts. Ethiopia also has Africa’s largest wind farm, which generates 120 megawatts.

The country’s ambitious energy plan is attracting the interest of its neighbours. Djibouti, Kenya, Sudan, South Sudan, Rwanda, Tanzania – and even Yemen on the Arabian peninsula – have signed power supply contracts with Ethiopia. At the same time, the World Bank and the African Development Bank are financing a transmission line able to carry 2 000 megawatts of electricity from Ethiopia to Kenya. According to Donald Kaberuka, head of the AfDB, Ethiopia is looking “at energy as an export sector the way you export gold”. 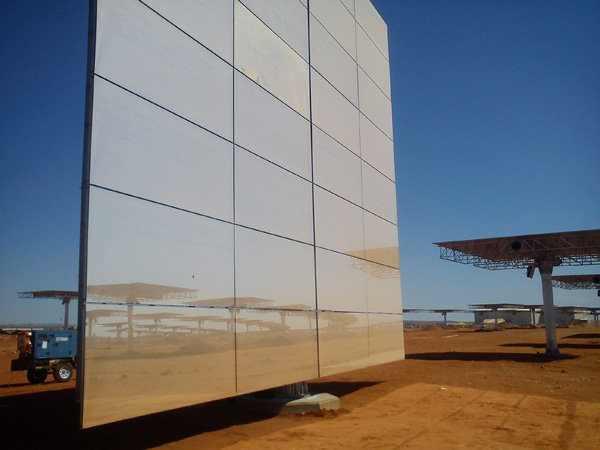 The Khi Solar One concentrated solar power plant near Upington in South Africa’s Northern Cape province will use over 4 000 mirrors to reflect light onto a tower that produces 50 megawatts of energy. (Image: Shamin Chibba)

There is good news in other countries as well. Rwanda, with support from the World Bank, successfully completed its Electricity Rollout Access Programme in 2012, connecting 1-million homes to the national power grid. Ongoing reforms in Sierra Leone will soon brighten hopes for improved power for its 6-million people. South Africa is the world’s most attractive emerging solar energy country, reports Global Information Service, an organisation that monitors evolution in energy transmission. The country could produce up to 8 500 megawatts from the sun by 2030.

Africa’s private sector is also jumping on the energy bandwagon. The Financial Times calls Nigeria’s energy privatisation programme Africa’s most ambitious. Hopefully, this should eliminate mismanagement “while delivering cheap electricity”. In July last year, US President Barack Obama announced in South Africa a “Power Africa” initiative that will raise $16-billion from private and public sectors to generate 10 000 megawatts of electricity for communities in sub-Saharan Africa. African philanthropists have pledged various amounts to this effort.

With all these efforts, how soon could Africa see sufficient light at the end of the dimly lit energy tunnel? Yumkella believes that could happen within two decades. “Nothing is impossible,” he says.

Edited by Mary Alexander. The original version of this article was published in the April 2014 edition of the UN’s Africa Renewal magazine.