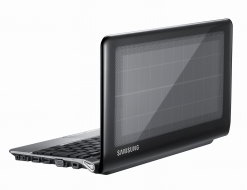 The world’s first solar-powered netbook, Samsung Electronics’ NC215S laptop, is the ideal product for a continent where electricity access can be limited, but sunlight is never in short supply.

The solar-charging capability means that it is also the first genuine environment-friendly product of its kind, with a lower carbon footprint than any other laptop on the market.

“The Southern African market has a lot of potential in terms of uptake and usage of the netbook. Many areas don’t have electricity at all and the Samsung netbook is just the thing for such markets as the battery life is good,” says Phillip Henning, Notebook PC Product Owner at Samsung.

“We wanted to produce a product that has the lowest power consumption, but does not compromise on performance,” Henning says.

The netbook comes with a high-capacity six-cell battery that lasts up to 14.5 hours on a single full charge. The PowerPlus battery uses intelligent charging technology, making the battery’s lifespan three times longer than that of conventional batteries.

Users have the option to charge the laptop either by plugging it into an electrical outlet, or using solar power by positioning the solar panel located on the cover of the netbook in direct sunlight. “It will even charge if you place it on the dashboard of your car in the sun,” Henning says.

Battery-charging time may vary depending on lighting conditions, but in direct sun, a two-hour charge can provide users with up to one hour of power.

He adds that the laptop can also be charged using solar power while it is in use. “If you want to run it off the battery, the device will charge while using it, if it is exposed to direct sunlight.”

The netbook’s solar panel can be used to charge portable devices such as smartphones or MP3 players, using its “sleep-and-charge” USB port, even when the laptop is in sleep mode, turned off or when its battery has run out.

Henning says that demand for netbooks is growing and more people are starting to use them for everyday computing and office use.

Portability is one of its most useful features. The Netbook NC215S laptop weighs just 1.32kg, has a slim display rim and the exterior casing has been designed to be UV- and fade-resistant.

“The netbook has been well received and feedback from our head office in Korea says that the product has exceeded global expectations. The product is already a big success.”

But there is still potential to develop the product further, according to Henning.

The Samsung NC215S Netbook will be available in South Africa from mid-September 2011 at a recommended retail price of R3 499 (US$493). It will also launch throughout the rest of Southern Africa in due course. 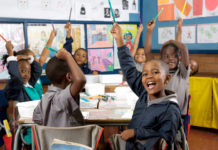