An artist’s rendition of the 15-metre-wide SKA dish arrays at night, all pointing towards the same section of sky. Using a technique known as interferometry they will be able to combine their data to create an image which would be the same size as one produced by a a much larger single-aperture instrument. Click image for a larger view. (Image: SKA Organisation)

South Africa’s Square Kilometre Array project has received a major funding boost, with today’s announcement by the UK minister of science, David Willetts, of a €120-million (R1.8-billion) injection into the project.

The multi-nation Square Kilometre Array (SKA) is the world’s next big science project, a radio telescope that will probe the universe and answer questions about dark matter, black holes, gravity, energy particles and the formation of stars and galaxies. It’s to be built in South Africa and Australia, with South Africa and its eight partners on the continent hosting two-thirds of the technology and Australia the remaining third. The SKA will exceed the image resolution quality of the Hubble Space Telescope by a factor of 50, and will be able to image huge areas of sky in parallel.

The SKA is likely to have a massive effect on both South Africa and Africa’s regional development in the human, scientific and engineering fields. The South African government has already pledged R2-billion for the construction of the country’s SKA precursor, the MeerKAT radio telescope.

The funding model for the instrument was still being negotiated at international level, said South Africa’s minister of science Derek Hanekom in October 2013, but the UK announcement has secured a large portion of the phase one construction budget, capped at €650-million (R9.7-billion). This brings the project that much closer to realisation.

“This is solid proof that the project is now really under way,” said Prof Phil Diamond, director-general of the Manchester-based SKA Organisation. “With such a major investment secured, there is no stopping it.”

Willetts was in South Africa in September and paid a visit to the site of South Africa’s portion of the SKA, located in a dedicated radio-quiet astronomy reserve in the Northern Cape.

“It’s very exciting to see sub-Saharan Africa leading what is going to be one of the big science experiments of the next decade,” he said at the time. “It’s going to be a great boost for science in South Africa and across the continent.”

While in South Africa, Willetts and his South African counterpart Hanekom signed an agreement to strengthen collaboration between scientists in the two countries.

The two ministers pledged their support for an initiative called the Scientific Seminar Scheme. Funded equally by both ministries, this programme will comprise a series of conferences and seminars that will bring together groups of early- to mid-career scientists from South Africa and the UK.

Construction phase one of the SKA is set to start in 2018 and will involve the incorporation of Australia’s precursor, the Square Kilometre Array Pathfinder, and the 64-dish MeerKAT into the SKA. MeerKAT foundations were completed in mid-February and towards the end of March SKA South Africa will unveil the first dish of the array. The telescope is expected to be fully operational by 2016.

The final design phase started in November 2013. Eight South African companies and two universities are participating in this pre-construction phase, which runs until 2016. They are part of a larger group of 350 scientists from 100 organisations from the public, private and industrial sectors in some 20 countries around the globe, who are working on the design of the telescope architecture and the requirements for all the sub-systems.

“Where we are will be the centre of the biggest science infrastructure in the world in a decade or so,” said Prof Justin Jonas, associate director for science and engineering at SKA South Africa. “Africa has already become a big hub for science.” 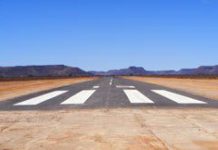