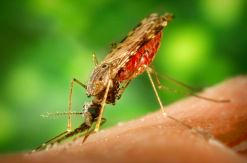 Malaria is transmitted exclusively through the bites of Anopheles mosquitoes. Approximately half of the world’s population is at risk of malaria and most cases and deaths occur in sub-Saharan Africa.
(Image: http://commons.wikimedia.org) 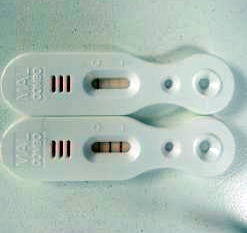 The malaria testing device can detect malaria soon after infection and determine within 30 minutes whether an individual has contracted one of the four main strains of malaria; it also shows whether treatment is effective or not, and can help to reduce malaria fatalities.
(Image: Medical Diagnostech)

Two local innovators have won the 2012 South African Breweries (SAB) Foundation Social Innovation Award for developing a reliable, low-cost malaria test kit. The device is one of only nine in the world, and the only one of its kind that is fully African-owned and developed.

The device can detect malaria soon after infection and determine within 30 minutes whether an individual has contracted one of the four main strains of malaria; it also shows whether treatment is effective or not, and can help to reduce malaria fatalities.

The kit is intended for professional use to accurately diagnose malaria and avoid over or under treatment.

Ashley Uys and Lyndon Mungur developed the malaria testing device through their Cape Town-based company Medical Diagnostech. It’s one of various inexpensive diagnostic tools such as kits for HIV/Aids, pregnancy and drug abuse also developed by the pair.

Uys says they only expected to make it into the SAB Foundation’s top three, and winning the competition is a great honour.

Receiving the award – a total of R1-million (US$113 000) in prize money – means that their product is recognised as one of the top innovations in South Africa.

“Knowing that I have been a part of the development of a product that has achieved top honours at the SAB Foundation Innovation Awards makes me feel that all the long hours and hard work was well worth the effort,” Uys says.

He believes that the product has significant medical and social value for South Africa, the continent and internationally.

“The product performance is one of the best, globally,” he says, adding that the kit’s ability to detect malaria early and show whether treatment is effective are important features of the device.

The new malaria testing kit complies with World Health Organisation (WHO) specifications and was evaluated by the Research Institute of Tropical Medicine (RITM) in the Philippines, a facility that conducts research to prevent and control occurring tropical and infectious diseases.

“Our product had 100% sensitivity and specificity for malaria, meaning that our test was 100% accurate,” Uys says. “RITM also did field evaluations of 10 000 units and the performance was found to be superior to similar products which are regarded as being the best in the world.”

Affordable for those who need it most

An important advantage of the newly-developed malaria kit is its affordability. At only R4 ($0.45) per device it is providing people most at risk in low-income communities and rural areas with access to potentially life-saving technology.

“We were aware that malaria kills more people in Africa than any other disease,” Uys says. “We were also aware that there was no other African company with a similar product despite the high prevalence of the disease on the African continent.”

Malaria is a significant danger in Africa, and according to WHO statistics people living in the poorest countries are most at risk. In 2010, 90% of all malaria deaths occurred in the WHO African region, mostly among children under five. About 3.3-billion people – half of the world’s population – are at risk of malaria.

The good news is that malaria can be cured and the test kit provides a local solution for the management and reduction of the burden in many places on the continent, and elsewhere in the world.

Uys explains that local production is essential to keep costs low. Similar test kits imported from China cannot be as cost-effective because of distribution and transport costs.

“Our trade secret formulations gave us optimal results without the need for unnecessary and expensive chemicals,” he explains.

Improving lives with science and technology

The two product developers are using their skill and enthusiasm for science, coupled with a good sense of business, to improve the quality of life for many people on the continent.

However, Uys says it is important to improve the country’s public education system, as well as maths and science results. “This should help to encourage more students to take these subjects,” he says.

Speaking at the recent Council for Scientific and Industrial Research Excellence Awards, minister of science and technology Derek Hanekom said science, technology and innovation must be used to address real socio-economic challenges and make a difference in people’s lives.

Hanekom said science and technology must also contribute to increasing the research, development and innovation capacity of the country.

Uys and Mungur’s high-end yet inexpensive testing device is an example of how local innovation can do just this.

‘African solution to an African problem’