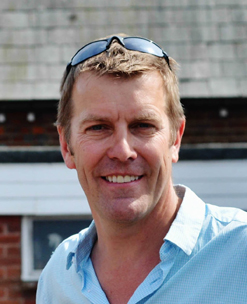 Steve Andrews, CEO of SolarAid believes he is lucky to be leading this extraordinary NGO; bringing clean, renewable energy to the world’s poorest people. 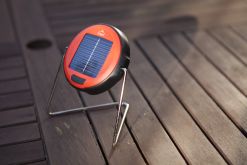 Hundreds of millions of rural Africans have no access to electricity. Productive hours are lost and study time reduced because when the sun goes down, they must stop. But solar-powered lights are a safe, renewable, cost-efficient and effective answer.

With the ambitious goal of eradicating the kerosene lamp by 2020, SolarAid, a charity based in London, is shipping its solar-powered lights to Africa. They not only protect the environment, says the charity, they also transform lives.

Charged by the sun during the day, the small, hand-held solar lights offer a simple, economical solution for free light at night. They are dependable, reliable and early research shows, have had a remarkable impact on peoples’ lives. Already available in Kenya, Malawi, Tanzania, Senegal and Zambia, the lamps have yet to land in South Africa.

SolarAid’s philosophy is “One small light, one big idea”. According to Lighting Africa, a joint International Finance Corporation and World Bank programme set up to improve access to lighting in areas not yet connected to an electricity grid, nearly 600 million Africans have no access to electricity and many rely on toxic kerosene for lighting. “These brutal lamps emit noxious black smoke and burn up to 25% of the household income – locking millions into poverty. By contrast, solar lights cost as little as $10 (R98.75), pay for themselves after 12 weeks, and last for five years,” says SolarAid chief executive Steve Andrews.

The goal of the charity is to make sure that by the end of the decade, every person who needs a light has one. “We are proud to be an international charity combatting both poverty and climate change with one simple piece of technology – the solar light.”

As much as 91% of the rural population of sub-Saharan Africa does not have electricity, according to the International Energy Agency. “Energy is the thread that connects economic growth, increased social equity and sustainability,” says UN Secretary-General Ban Ki-Moon. “But widespread energy poverty still condemns billions to darkness, ill health and missed opportunities for education and prosperity.”

Each year, about $10.5-billion is spent on expensive, dangerous, toxic kerosene for lighting. The burning of this harmful hydrocarbon liquid contributes to indoor air pollution, causing respiratory diseases, eye infections and often fatal accidents. According to the United Nations Environment Programme, using kerosene has huge consequences for the environment, with a single kerosene lamp emitting up to one ton of carbon dioxide over five years.

Elly White, the communications co-ordinator at SolarAid, explains that more than 290 million people in Africa use kerosene as their main source of lighting. “Each kerosene lamp emits over 2.5 kilograms of carbon dioxide per litre burned, as well as black carbon, or soot, which adds even more intensely to global warming.”

A step away from kerosene to the more positive lamps that are freely lit by the sun appears to be an obvious choice. Schoolchildren and students are able to study for longer at night and read books under safer conditions. Without light, opportunities for earning, learning and socialising are severely limited. The productive day is cut short so that children cannot study, parents cannot work and families have little time together.

According to SolarAid, early research has found that on average, children in homes where solar lights have been installed are doing double the amount of homework every evening. In Malawi, two-thirds of head teachers said the performance of children with solar lights had improved; there had been increased attendance at school, and motivation and concentration in class.

These solar lights increase available income in that less household money is used for power. The socio-economic benefits are numerous. The saved finances can be used to buy essential food and agricultural equipment, and fund children’s education, leading to an improvement in health and educational prospects. Andrews says that government grid expansion predominantly benefits a wealthier, urban population, and the micro solar market benefits poorer people in rural areas – those for whom grid access remains a pipedream, even with major investment in grid expansion.

“Despite the name, SolarAid does not give ‘aid’ in the traditional sense of the word; we do something far more ground-breaking. We are driving forward a fair, sustainable market for solar technology through our social enterprise in Africa; making solar lights accessible to people living in the remotest corners of the continent,” he explains.

White says that SolarAid works to get rural African families access to pico, or small, solar lights. “They do not require costly installation or maintenance and provide instant light in remote rural areas the electricity grid might never reach.” SolarAid has already made access to this safe, clean light a reality for over three million people.

“Statistics show that in sub-Saharan Africa, indoor smoke causes around 400 000 deaths a year. In addition, the danger of fire from open flames and kerosene lamp explosions is substantial. Inhaling the fumes from just one kerosene lamp is the toxic equivalent to smoking 40 cigarettes a day,” she says.

SolarAid’s research shows that seven in 10 solar light users have noticed an improvement in health since buying their solar light.

“Poverty is not just about money; the dignity that comes from having choices and an improved standard of living gives families hope for a better future,” concludes Andrews.