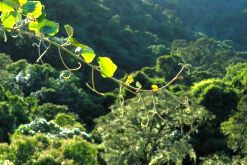 South Africa’s lush indigenous vegetation,
such as this forest in the Eastern Cape’s
Tsitsikamma National Park, is under
threat from invasive plants.
(Image: MediaClubSouthAfrica.com. For
more free photos, visit the image library) 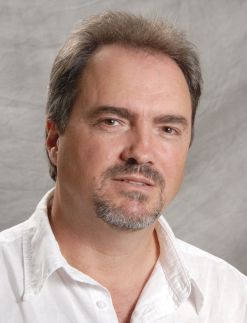 South African Professor David Richardson has been rated the world’s most influential and productive scientist on matters relating to invasion biology.

This emerged after a bibliometric study conducted by scientists of the Laboratory of Biological Invasion and Adaptive Evolution of the of Science.

Bibliometrics refers to the measuring of texts and information using a defined set of methods. It has various uses, for instance in analysing frequency of citation, the impact of a researcher or group of researchers, or the impact of a particular paper.

The principal investigator of the Chinese team was Professor Yi-Feng Chen. Chen and co-author Hao Qiu, also of the biological invasion laboratory, published their findings in the peer-reviewed journal Scientometrics in 2009.

The study, wrote Chen and Qiu, was conducted using data from the Science Citation Index specifically dealing with biological invasions.

These specialised papers, all published between 1991 and 2007, were further analysed using an indicator known as citation per publication, to understand the impact of articles, institutions and journals.

The Science Citation Index was originally established by the Institute for Scientific Information (ISI) in 1960, and is now part of the ISI Web of Knowledge, owned by information provider Thomson Reuters. The online version of the index covers 6 650 scientific journals from around the world, spanning more than 150 disciplines.

The team analysed 3 323 articles published in 521 journals by 7 261 authors from 1 905 institutions in 100 countries. Of all of these, it was found that ’s was the most productive author, and the most influential, in his field.

Research results showed that published 41 ISI-listed papers relating to biological invasions during the period of analysis, giving him a CPP rating of 10.9. At the same time he also co-authored another 18 papers.

Richardson, a Canadian researcher and a third scientist from the are the only three non-Americans listed as most influential in this field. This does not imply that the most serious plant invasions occur in the , wrote the authors, but rather reflects the amount of funding available.

reported that was encouraged to see how influential the global scientific community viewed South African research in the field, but added that the country was still a very small player on the world stage in terms of the current number of researchers, and the amount of resources available.

Since the Chinese study only covered publications between 1991 and 2007, much of the recent work done by the university’s DST-NRF Centre of Excellence for Invasion Biology (CIB) staff was overlooked.

“If the study was repeated for the last five years, South African research would definitely feature even better,” said .

Leader in his field

Richardson, an ecology professor and pine tree specialist, is the deputy director for science strategy at the CIB.

With 90 peer-reviewed journal articles, 18 peer-reviewed book chapters and three books to his name, is rightfully considered a leading expert in the field of invasion ecology, particularly with regard to alien tree invasions.

Invasion biology, the study of biological invasions by alien plants and their impact on ecosystems, is a fast-growing scientific discipline whose importance has only been recognised in recent years, although its concepts were first put forward by Charles Darwin.

is a member of the International Union for the Conservation of Nature’s Species Survival Specialist Groups on Invasive Organisms as well as Conifers.

He is also editor-in-chief of the conservation journal Diversity and Distributions and sits on the editorial boards of Biological Invasions and Ecologia Mediterranea, as well as on several advisory panels and committees.

Much of his knowledge has been gleaned from the study of the genus Pinus, or pine trees. According to the professor, the 111 known species of pine serve as good examples of the ecology of plant invasions in general because many species occur outside their natural habitats, and have successfully adapted.

According to the Department of Water Affairs, invasive alien species are causing billions of rands’ worth of damage to ’s economy every year. About 10-million hectares of the country is under siege from invaders, and they constitute the most serious threat to ’s famed biodiversity.

Most aliens are plants, although there are other fish, birds, mammals, insects and microbes that threaten to wipe out indigenous species if left unchecked. For instance, the Mediterranean mussel (Mytilus galloprovincialis), which is thought to have arrived in South Africa in the late 1970s, most likely attached to a ship’s hull, has eradicated a large percentage of ’s indigenous molluscs along the country’s shoreline.

The water affairs department reports that there are around 9 000 non-indigenous plants in – of these, 198 are classified as major invaders that interfere with the natural functioning of delicate indigenous ecosystems. A few of the most common plant invaders in South Africa are the black, silver and green wattles, the bluegum, the lantana, the syringa, and the popular jacaranda.

Alien species inhibit productive use of land and exacerbate soil erosion. They consume vast quantities of water, a precious resource on the African continent, as indigenous species have adapted to dry conditions by using minimal qualtities of water.

By clogging waterways and using up oxygen, alien aquatic plants such as the water hyacinth and salvinia water fern pose serious problems to fisheries and agriculture, leisure activities, and water supply.

Various methods of control are available to biologists. These include mechanical removal, chemical destruction of aliens, and biological control with species-specific insects and diseases that target only the invader. An integrated approach produces the best results.

’s water affairs department runs more than 300 projects in all nine provinces under its Working for Water (WFW) programme. Since it was established in 1992, WFW has overseen the clearing of more than a million hectares of previously overgrown land. Many of the workers, who receive on-the-job training and skills development, are previously unemployed, and 52% of them are women.

WFW has stated that alien plant infestations will double within 15 years if nothing is done now to stop them.