To improve the economy, it is crucial to improve education and the number and level of maths and science graduates. They, in turn, need to be fed into the research and innovation sector, it was discussed at the launch of the South African Science, Technology and Innovation Indicators. 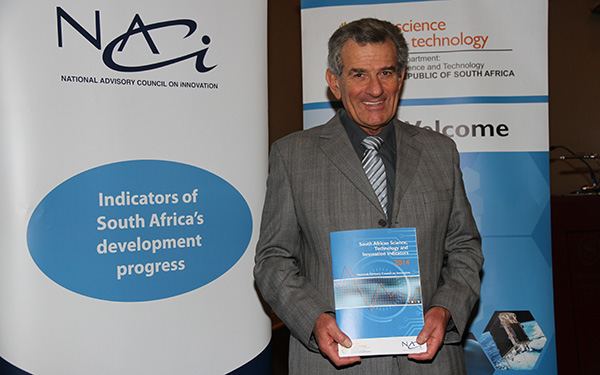 Dr. Azar Jammine said it is vital that South Africa sells more innovation abroad and more is done to get investments for research in science, technology and innovation. (Image: Supplied, Department of Science and Technology)

There is a need for South Africa to sell more innovation abroad and to invest in research in science, technology and innovation, according to Dr Azar Jammine, an economist and member of the National Advisory Council of Innovation (NACI).

Jammine, the director and chief economist of Econometrix, an independent economic consultancy, was speaking at the launch of the 2014 South African Science, Technology and Innovation Indicators booklet on 15 May in Pretoria.

Indicators included in the booklet are the rising unemployment rate, the amount of researchers in South Africa compared to other countries, and the number of schoolchildren who pass science and maths.

According to the Department of Science and Technology, South Africa’s exports of pharmaceuticals increased by 43.5% between 2012 and 2013, while imports decreased by 3%. “The report [booklet] provides aggregated data from various sources to evaluate the state of science, technology and innovation in South Africa by appraising, among other things, the country’s human capital development, research capacity and export performance, and the impact this has on quality of life and wealth creation.

Speaking at the launch, Jammine said that there were early signs of import substitution – the replacing of foreign imports with domestic production – in the pharmaceutical industry, but more time was needed to monitor the new development.

A lot needed to be done to complete the booklet, he added. “We need the various government departments to start collaborating and integrating [in the science, technology and innovation sector].” 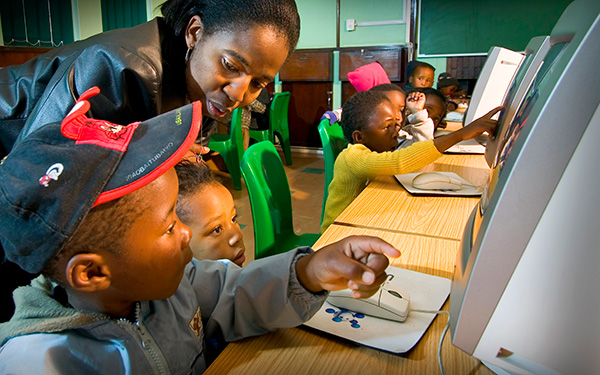 Jammine said that the number of schoolchildren passing maths and science above 60% should increase. “The link between unemployment and education is undeniable.” (Image: Media Club SA)

Education as an economic challenge

“I find it terrifying when addressing the economy of the future. [The level of education] is a single economic challenge. Unless we get that right, we’re not going to get the economy right,” Jammine said, adding that 20% of pupils should leave Grade 12 with 50% in maths and science.

“The link between unemployment and education is undeniable. We have to address this to have success [in the future of our economy.]”

In addition, the number of people involved in research should be increased. “Currently there are 1.5 per 1 000 people employed in South Africa in the research fields. China, for example, has 1.8 and the Russia Federation has 6.2.”

Jammine pointed out that the majority of the researchers in South Africa were white males.

He said businesses should invest in research, so that the government could put more into it. “The government is currently under pressure.”

During a question and answer session, there were comments from the audience that there needed to be a space for businesses to communicate with the government effectively. One commentator said the government needed to ensure that businesses were real partners and that they had a voice.

Thiru Swettenham, the programme co-ordinator of the Southern Africa Innovation Support Programme, said there was a need for more integration and co-ordination in the public sector to support innovations coming out of the small business sector. “[The] government has to create an environment which can take risk to support innovation.”

The programme, funded by the Finnish Ministry of Foreign Affairs, is a four-year pilot project that seeks to guide innovation in southern Africa. It supports collaboration between the innovation systems of African countries in order to create a positive impact on economic and social development in the region. 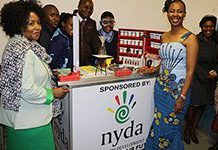 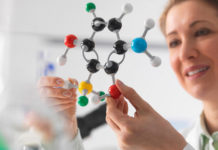