South Africa’s allotment of sunshine outstrips that of most other countries, says Eskom. The national electricity supplier has decided that it’s time to put that sunny source of power to good use, and has launched a programme that will incentivise consumers to increase their use of solar power to heat water.

The solar radiation that South Africa receives, according to statistics, ranges from around 1450 kWh/m2 to about 1950 kWh/m2 per year (compared to Europe which on average receives 910kWh/m2 per year). This freely available resource is about to be tapped, as Eskom has stepped up its Demand Side Management (DSM) programme – one component of which is the solar water heating programme.

The current demand from the whole of South Africa is around 35 000 MW – a demand that often exceeds supply as Eskom battles to keep up. In recent weeks South Africans have been inconvenienced and enraged by a spate of planned power interruptions on a rolling basis that have plunged areas of the country into darkness, affecting traffic lights, restaurants, shops, and even hospitals.

In order to address this situation Eskom is currently refurbishing some of its older power stations which were taken out of service – it has also received the green light to build new power production capacity. However, as it takes years to build a power station Eskom is meanwhile promoting other viable alternatives for effective management of available power. One of these is DSM.

The prime objective of DSM is efficient use of electricity. This is achieved by monitoring usage of electricity and encouraging consumers to modify their patterns of electricity usage, including the timing and level of electricity demand. If the demand for electricity is less during peak times, the supply will be more consistent. The DSM programme aims to save some 3 000 MW of electricity by 2012 and up to 8 000 MW by 2025.

Many reasons have been mooted for the increased use of solar power. The main reasons are environmentally related, as solar power is clean power and does not negatively influence climate change or encourage global warming. Says Dr Steve Lennon, MD of Eskom’s resources and strategy division, “This will not only assist with the capacity situation, but will also reduce environmental impacts and take costs out of the economy.”

The goal of the solar water heating programme is to save, in both monetary and energy terms. Switching to solar power will enable consumers to decrease their reliance on coal- or nuclear-generated electricity, as their water will be heated by a renewable energy source (renewable energy is energy obtained from sources that are essentially inexhaustible, such as water, wind or the sun). Energy consultants say that water heating accounts for between 30 percent and 50 percent of household electricity consumption.

Consumers will also receive a discount directly from the supplier of the system – provided the product and supplier are registered with Eskom and a registered service provider performs the installation. Once the system is up and running and a certificate of compliance has been issued, the supplier can then claim back the discount from Eskom’s facilitating auditors as a rebate.

Eskom’s DSM website provides comprehensive information for those wishing to know where to begin. So far only one supplier is listed but it is expected that more names will be added to the list in coming weeks.

The website gives a figure of approximately R13 000 for a system that will support a family of four. It estimates that solar heating systems will pay for themselves over periods ranging from four to nine years, because solar radiation varies between areas. However, optimal use will reduce this period, and an average annual savings of about R1 000 can be expected.

Eskom cites three prime reasons for the implementation of its solar heating programme. The first is that it is mandated by the National Energy Regulator of South Africa to implement energy efficiency measures that will optimise usage of available electricity in the country. Thus, in order to meet the growing demand for electricity, Eskom is pursuing energy and demand savings on a large scale to alleviate excessive strain on the country’s electricity supply.

Secondly, Eskom is aiming for compliance with the requirements of the South African government’s White Paper on Renewable Energy, which was issued in 2003. The White Paper sets a target of 10 000 gigawatt hours (GWh) of energy to be produced by renewable means by 2013. A study conducted by the Department of Minerals and Energy shows that solar energy could contribute as much as 23% towards this target.

The White Paper lists several benefits that will be realised by achieving the target:

Lastly, Eskom’s efforts in getting the solar power programme up and running will result in reduced emission of greenhouse gases because of a decreased need to burn coal.

With regard to the suppliers and installers of solar heating systems, selected criteria have been put in place to ensure that both the consumer and the industry are protected and that installations meet quality standards. These checks will take several forms:

In addition, products also have to meet a host of strict criteria, some of which are that the system must be high-pressure, it must be installed with a timer or load management device, it must have a comprehensive five-year guarantee, and it must comply with South African national standards for thermal and mechanical performance and safety. 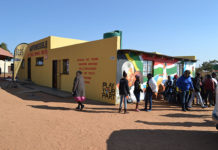 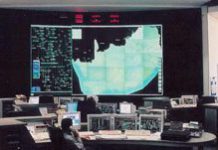 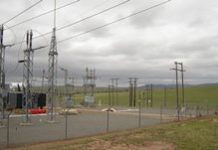 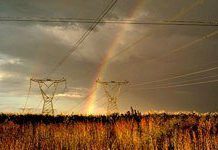 South Africa will not privatise Eskom