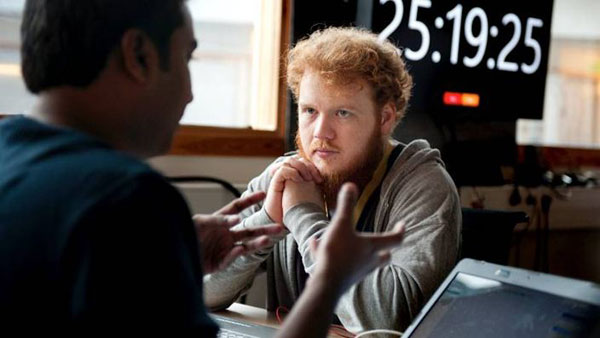 Matt Cavanaugh’s TapShoot application allows mobile phone users to take photographs via remote control so that no-one is left out of the picture.

A Windows phone developer based in Durban, KwaZulu-Natal, Cavanaugh’s app earned him runner-up status in the Nokia Future/Capture contest, held in Sweden in 2013. The contest is a forum for Windows phone developers to submit their most creative image-related application ideas for phones using the Windows operating system. It attracts developers from around the world.

The 2013 event, which took place in Held, Lund, involved 10 teams – six soloists and four pairs – programming for more than 27 hours to produce their applications. Rudi Chen and Shida Li, from the University of Waterloo in Canada, won the contest with their Smart Resizing app, which lets users edit phone pictures without compromising the image quality.

Cavanaugh, a mostly self-taught developer, says entry into the competition was secured by having “an awesome idea”.

Mobile applications, or apps, are generally easy-to-use software applications that allow phone users to do everyday activities such as banking, sending messages, looking up directions and taking photos and videos. Their popularity is soaring, as mobile usage grows rapidly across the globe. Mobithinking, a research company that provides mobile trend data to marketers, estimates that by the end of 2017, there will be some four billion app users worldwide.

Silicon India recently reported that the number of “active cellphones will reach 7.3 billion by 2014”, and in South Africa, according to the 2014 World Wide Worx Mobility report, some 10 million smartphones were sold in 2013. Most apps work on smartphones, but even basic phone apps such as SMS (Short Message Service), or texting, are still hugely popular.

Popular apps often solve everyday problems, such as letting users apply for jobs or edit images on their phones. Cavanaugh explains his app to Nokia SA: “If you want to take a photo of yourself [and friends etc.] someone either has to sit out of the photo to take it, or you need to hand your phone to a stranger – neither of which is ideal. So this app is made purely to solve that problem.”

The everyday aspect of applications is what attracted Cavanaugh to working in the field: “Being able to create something that people use every day of their lives is pretty cool. It’s like inventing bread – but with less flour.” Through his company, Roguecode, he has developed News24’s MyEdit, which lets readers streamline the information they want to receive from their favourite publications. The application, an aggregator, also learns what its user’s tastes are, to further streamline the content it presents.

Cavanaugh says apps “should be beautiful and fast… If something isn’t nice to use, then your hundreds of features probably won’t get touched.”

His favourite and most-used apps meet these requirements. “My favourite app would probably be Readit – which is a reddit client,” he says. Reddit aggregates news from users and publishes those stories with the most reader votes. He also regularly uses social media application Twitter, messaging service WhatsApp, and Toshl Finance. “But the app I couldn’t live without is Nokia Camera.”

Cavanaugh believes there are some world-class products coming out of South Africa, but that there should be more. “A lot more companies are popping up in Durban doing great work.” Of the Durban programming community, he says: “It isn’t as vibrant or large as I would like, but we’re definitely getting there – so hopefully the laid-back mindset here will start to fade.”

Through Roguecode Cavanaugh has “ended up doing a hobby for a living”. Ultimately, he wants to get his applications “into people’s pants [pockets] around the world”. TapShoot is well on its way there; the app is available on the Nokia Collection store category, on all Nokia Lumias, for free as a trial version, or for $1 for the full version.