The work by a team of scientists could mark the beginning of the end of elephant poaching. Using DNA from dung and seized ivory, they were able to locate and isolate poaching hotspots in Africa to two main regions. 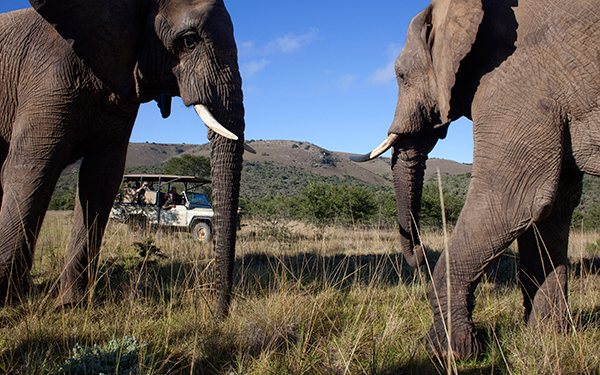 Researchers in a lab have made headway in isolating areas where elephant poaching is rife. (Image: South African Tourism)

The solution to poaching elephants for their tusks could be found in a scientific laboratory, if the latest research findings concerning the issue are anything to go by.

A study, published in the journal Science, showed that using DNA and data mapping of elephant ivory compared to dung, might help countries and international organisations to fight poaching.

The findings were co-authored by University of Washington biologist Samuel Wasser, his colleagues, and an Interpol wildlife crime expert. It revealed how DNA mapping was able to trace and isolate the location of elephant poaching.

When ivory seized between 2006 and 2014 was compared to elephant dung, the DNA data revealed that it originated from two major areas. “Wasser and his team analysed the genotypes of 1 350 samples of dung collected from 29 countries in Africa,” wrote National Geographic.


“They plotted what they found – the unique genetic signatures of different elephant populations – on regional maps, creating a dung reference base against which they could compare the DNA signatures from the ivory.”

“More than 85% of forest elephant ivory was traced to Central Africa’s Tridom, a protected ecosystem across north-eastern Gabon, north-western Republic of Congo and south-eastern Cameroon, as well as the adjacent reserve in south-western Central African Republic.

“The ivory belonging to the savannah elephant showed that more than 85% of the ivory was traced to East Africa, primarily within the Selous Game Reserve in south-eastern Tanzania and the Niassa Game Reserve in northern Mozambique.”

Watch an interview with Wasser:

Impact of the data

Wasser’s wish was that the results of the research would significantly boost anti-poaching initiatives.

“I hope the results will lead to a major crackdown of poaching in the two primary hotspots we identified,” Wasser told Mashable, “and [prompt] better strategies to deal with the corruption that allowed them to become hotspots.”

In the journal article, the authors opined that if there were as few hotspots as the data showed, it could help international law enforcement focus efforts on those key areas to help reduce poaching.

“Any tool that allows us to pinpoint poaching spots is critical to better deploy enforcement and put more boots on the ground,” Jan Vertefeuille, senior director at World Wildlife Fund’s crime division, told Mashable. “[This study] confirms what our teams on-ground have been seeing.”

To obtain samples for his ivory and dung research, Wasser began by creating a network of park rangers and conservation workers. He asked them to send him samples of elephant dung tagged by their location, indicated by latitude and longitude.

Wasser and his team analysed the samples they received and plotted what they found on regional maps, creating a dung reference list to compare the DNA from the ivory.

Countries that had signed the Convention on International Trade in Endangered Species of Wild Fauna and Flora (Cites) agreed that if there were seizures larger than a ton, samples should be sent for assessment to Wasser’s lab.

South Africa was one of the first countries to join Cites after it came into effect in 1975 and since then the country had been active in the work needed. In fact, the next Cites meeting of the Conference of the Parties (CoP17) will take place from 24 September to 5 October 2016 in Johannesburg, South Africa. 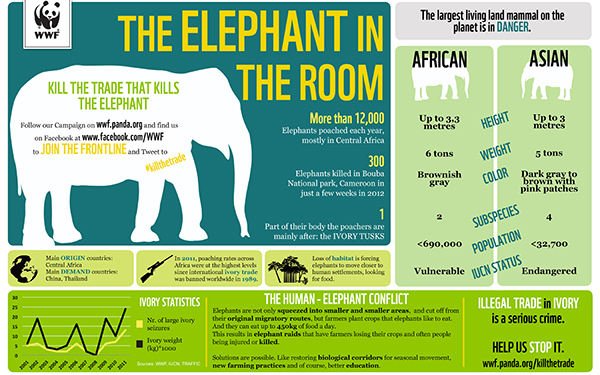 On his profile as a contributor to The Conversation, the academic and news website, Wasser wrote that his laboratory aimed to use the best possible science to help direct wildlife conservation and management policies around the world.

“Currently, we are collaborating with the Interpol Working Group on Wildlife Crime to investigate the origins of all major ivory seizures in the recent past.”

Wasser has a Masters of Science in zoology and a PhD in animal behaviour. It is hoped his efforts in the lab will make poaching a thing of the past. The goal was to solve elephant poaching within the next two years – though preferably by next year, Wasser said.